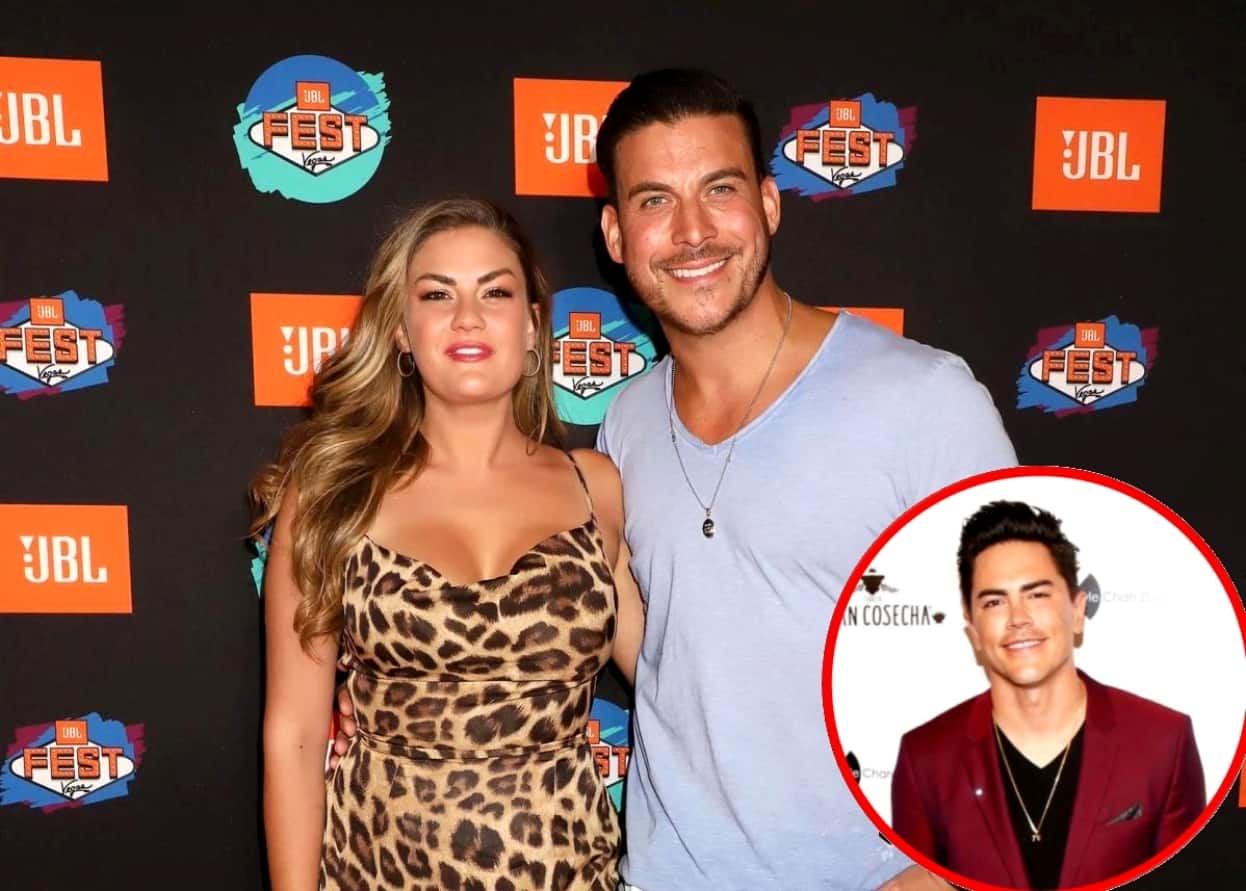 Jax Taylor is opening up about his marriage to wife Brittany Cartwright.

Four months after tying the knot in Kentucky, the Vanderpump Rules star appeared on Heather McDonald‘s podcast, where he admitted that his relationship with Brittany is still a “work in progress,” accused co-star Tom Sandoval of keeping his issues with Ariana Madix off the show, and revealed that fans are stalking his new house in Los Angeles.

“It’s still a work in progress. It’s only been about three years [since I cheated] but I’ve made a lot of changes,” he explained on the Juicy Scoop.

As Pump Rules fans will recall, Jax cheated on Brittany with Faith Stowers at the start of season six and broke up with her a short time later.

“This is when I was coming to my realizations of what a sh**y human being I was,” he explained. “I wasn’t happy with myself. It had nothing to do with her. I think Brittany knew that I was going through a lot with my past. Brittany’s never given up and I think she knew I wanted to be good and she stood by me. It was self-sabotage.”

Throughout his time on Pump Rules, Jax has often been known as a bad guy. But according to Jax, he’s not bitter about the way in which he’s been edited on the show.

“It’s not the fault of the editors, by any means, it’s just they only have a 45 minute block so they need to put on what’s good,” he explained.

That said, he does believe that certain members of the show have withheld too much of their stories.

“Tom Sandoval never talks about his relationship. They’re very good about talking things without talking about the things,” he said.

Because of the issue, Jax went to production and threatened to leave the show.

“I went to production, I’m like, ‘I can’t do this anymore,’” he recalled. “I’m bleeding for you guys. I never say ‘no’ when [some of the] cast would just say, ‘No, I’m not talking about that.’ I go, ‘I’m sorry. I’m getting the same paycheck as that guy. He’s not doing his part. This is not fair.’ I had multiple conversations about it because it’s not fair.”

“Everybody on our show has cheated. I think maybe Ariana and Brittany are the only ones that haven’t. Everything that I do on the show where I’m the bad guy, every single person on the show has done. It got me mad,” he continued.

Earlier this year, ahead of production on the eighth season of Pump Rules, Jax and Brittany prepared for their lives as man and wife by purchasing their first home. Now, months later, he claims the house has become a fan attraction.

“We are 100 percent getting stalked. I get pictures all the time in front of our house. It’s creepy,” he stated.

In addition to Jax and Brittany, a number of other cast members, including Tom and Ariana, Tom Schwartz and Katie Maloney, also purchased homes in the Valley Village area of Los Angeles.

“We all really lucked out. It was like a domino effect,” Jax noted.