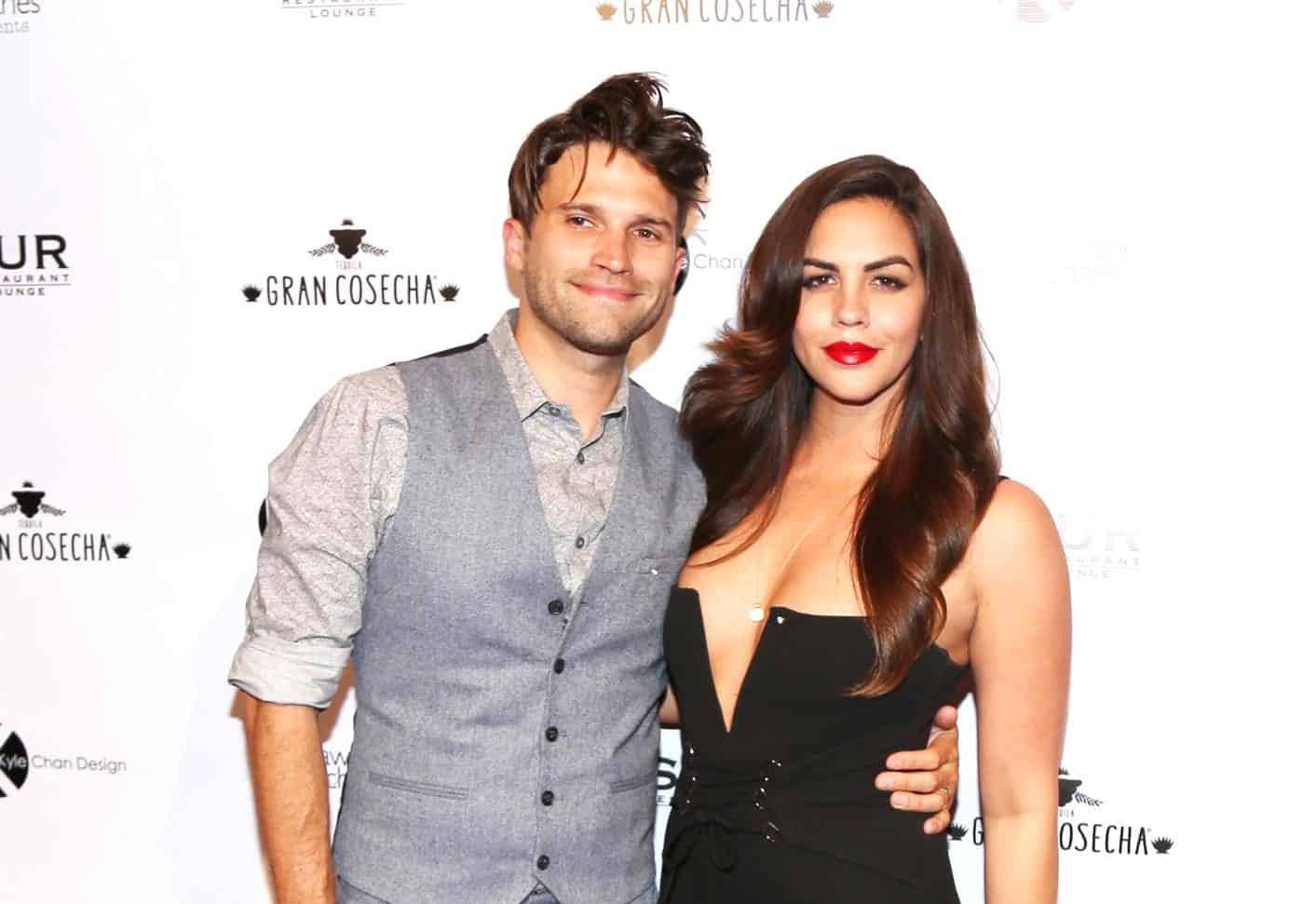 Katie Maloney and Tom Schwartz are the proud owners of a stunning new home.

Their home is quite close to the home their co-stars, Ariana Madix and Tom Sandoval, purchased in February.

Since moving into their new abode, Katie and Tom have been making use of the great entertaining space in their home and has hosted a number of their Vanderpump Rules co-stars, including Kristen Doute, Stassi Schroeder, Lala Kent, and Beau Clark.

On the main level of the home, a living room features comfy seating and a gas fireplace while a large table is positioned in the dining room. Outside of those spaces is a bright kitchen with a large island and oversized refrigerator, and next to that is a family room with a custom floor-to-ceiling entertainment center.

During an interview on Everything Iconic with Danny Pellegrino earlier this week, Katie opened up about her and Tom’s new home.

After admitting she and Tom dragged their feet on buying a home for some time because they felt so “settled” into their West Hollywood apartment, which was located quite close to their jobs at SUR Restaurant and TomTom, Katie said she and Tom were inspired to buy their first home after seeing Ariana and Tom buy their new place.

“It just came down to the timing for everything and this just felt like the right time, because everyone else is doing it,” she joked.

“The thing is someone had to start it. So Tom and Ariana started it,” Katie continued. “And then I was talking to them through their whole process for the last two years and then Sandoval was drilling into my head of like, ‘You gotta do this. You gotta do this’ And Tom had been talking about it and talking about it. And then I was like, ‘Let’s just do it. If we find something great. If not, we’ll wait. It’s not the right time.’”