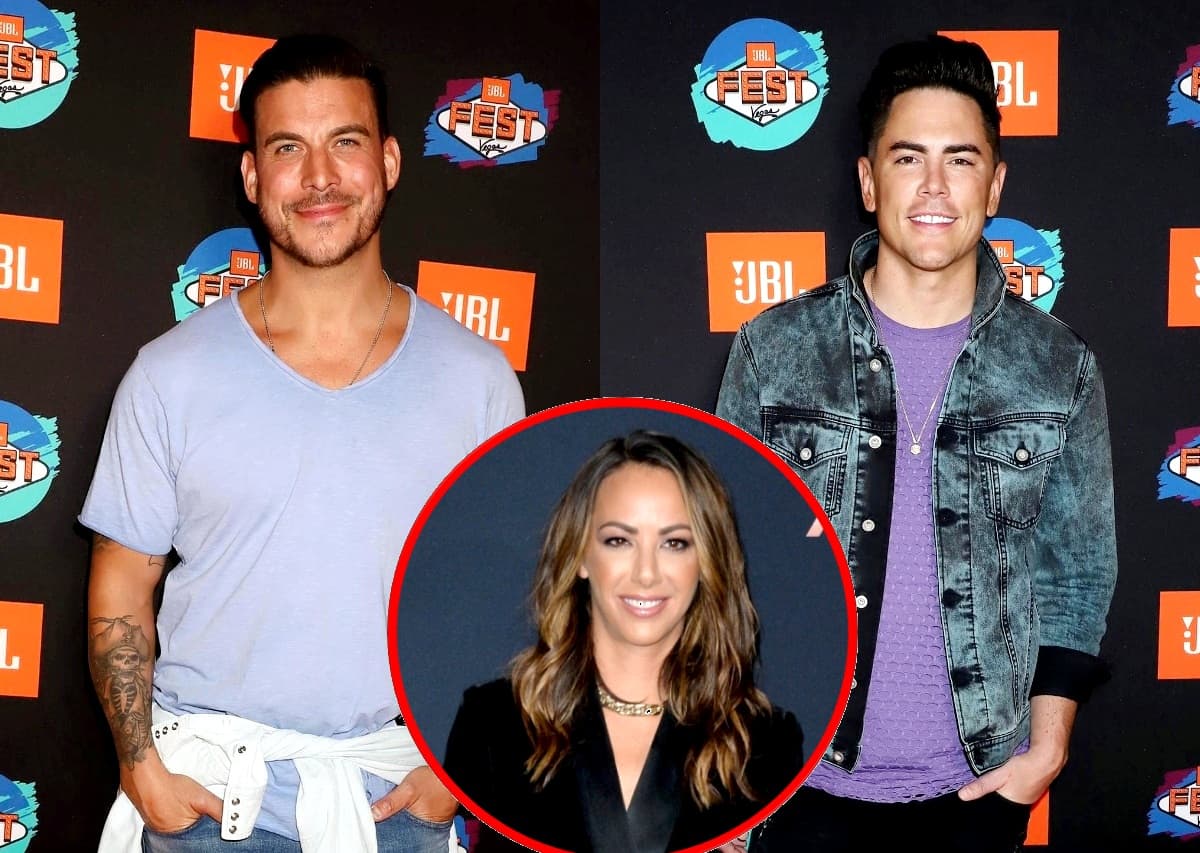 Jax Taylor wishes he never allowed Tom Sandoval to be included in his June 2019 wedding to wife Brittany Cartwright.

During a new interview, the Vanderpump Rules cast member opened up about his tension with Sandoval and revealed their current status before he and Brittany took aim at Kristen Doute for her alleged drama-causing behavior in Miami on last week’s episode.

“I did change my mind and allow him to not only come to the wedding, but to be in my wedding and do I regret that, yes,” Jax told Entertainment Tonight on February 4. “I just wish I would’ve stood by what I said. I felt I was a little bit bullied into bringing him back in.”

Jax stripped Sandoval of his “Best Man” duties at the start of Pump Rules season eight, but so far, fans haven’t gotten a clear reason as to why he did so. Meanwhile, Sandoval has expressed the belief that it was his failure to attend Jax’s pre-bachelor party in Los Angeles that led to the decision.

“There’s some things he did during this season that haven’t played out yet that were just uncalled for, absolutely uncalled for — below the belt, should never, ever happen to a friend — and I made my decision that I did not want him there,” Jax explained. “I don’t want to give it away but it’s really uncalled for.”

While Jax couldn’t spoil any upcoming storylines of the show, his wife said Sandoval simply wasn’t the friend he should have been to Jax during the planning of their Kentucky nuptials. According to Jax, he regrets having Sandoval in his wedding but doesn’t regret having him at the event.

“Everybody up there plays a huge role in my life, huge role from the moment I moved to L.A., ’til the day I got married. Each one of those guys, I love individually so much, and they’ve done so much for me, and I just you know the things that I was going through with Tom, it just… it didn’t make sense for him to be standing next to me,” he noted.

Currently, Jax claims he and Sandoval are “just cordial” but Brittany believes they will eventually be close friends again.

“I’m trying to get married and start a family, he doesn’t want to do that. I’m just into different things, and it’s OK, it’s all right,” Jax said, noting that he and Sandoval are in different places in their lives.

Moving on to the drama in Miami, Jax slammed Kristen for seemingly fueling Brittany to believe that the nightclub where they were partying made a “Don’t Do It, Brittany” sign in an effort to attack her relationship when the club actually makes signs for all of their brides-to-be.

“I did notice, when the signs first came out I was like, ‘Woo!,’ pumping my fists and ready to party, and then she said something,” Brittany recalled. “And then I started getting upset, and then it started soaking in, like, oh my gosh. That’s about me. I started taking it personally. I don’t blame everything on her, ‘cause I definitely felt my own feelings.”

Despite his frustration with Kristen’s behavior in Miami, Jax said Kristen is a great person and a great friend.

“[Kristen] is the one person I will trust with my own kid,” he added.