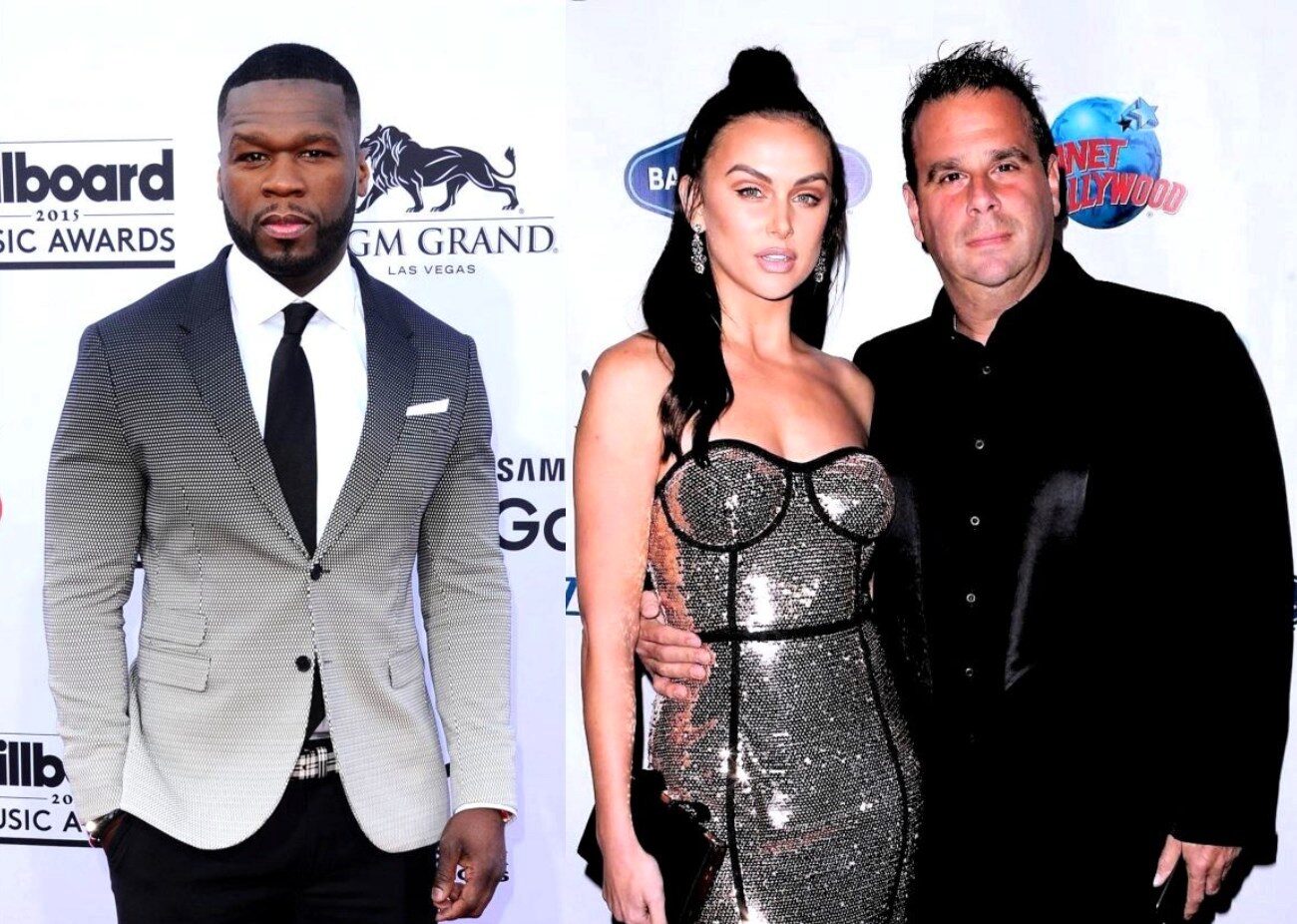 Vanderpump Rules Star Lala Kent and her fiancé Randall Emmett released an official statement regarding the status of their wedding and 50 Cent didn’t waste any time going in on the couple.

Lala and Randall were already having a bad day, but thanks to Fofty 50 Cent, it just got worse. The “In The Club” rapper took a shot at the couple and appears to be attempting to reignite their previous feud.

Reality Blurb was first to report that the Pump Rules couple has canceled their wedding ceremony set for April 18, 2020 after Jax Taylor spilled the beans during an impromptu Instagram Live session on Tuesday. When a follower asked if Stassi Schroeder’s upcoming Italian wedding has been canceled, he replied, “No,” but he went on to say that Lala’s has. He followed with, “I’ll be accompanying them to the courthouse.”

And then on March 18, the pair officially confirmed that their wedding has indeed been postponed by releasing a statement.

“We have decided to move the date of our wedding to July given the unfortunate circumstances of what is going on,” the couple announced to Page Six. “We are obviously saddened by this but for the ultimate safety of our families and guests, we have made the decision to wait and see how everything progresses.” They added, “Safety will always be our number one priority.”

When 50 Cent heard the news, he shared it with his 25 million followers on Instagram with the caption, “Wasn’t nobody going to this s**t anyway.” 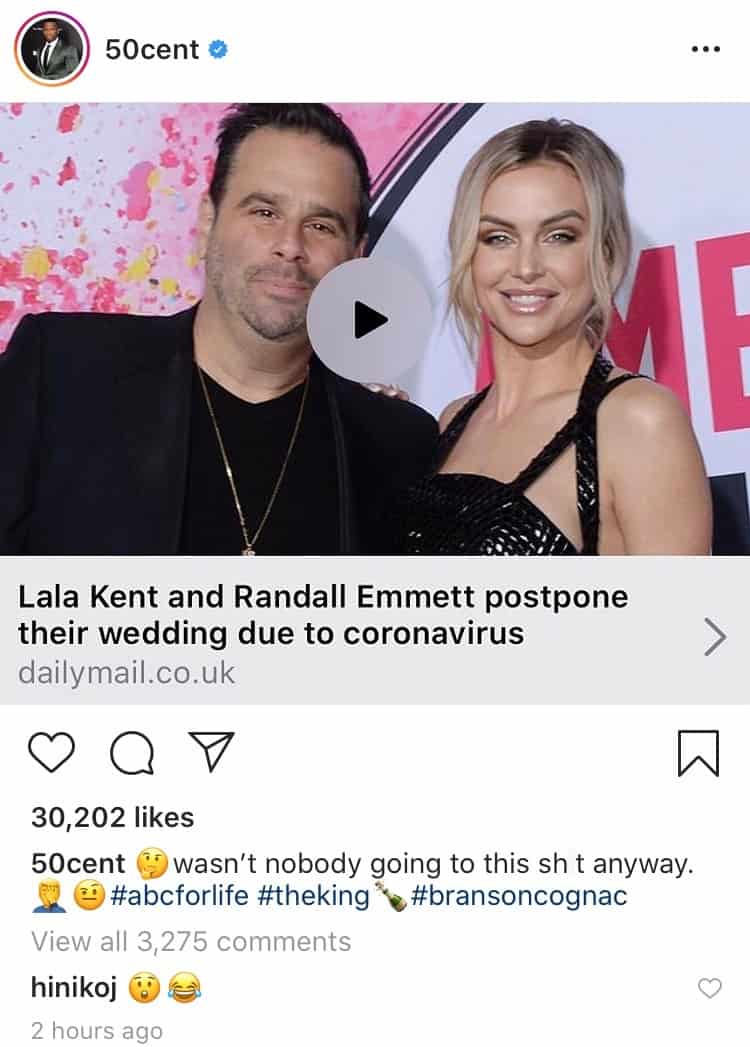 This comes just one year after the viral feud between 50 Cent and the couple. If fans recall, the rapper publicly claimed that he had loaned the movie producer $1 million, which he failed to pay. The rapper ultimately gave Randall a deadline to pay the loan in full. After Randall met the deadline, the now-classic social media feud eventually died down.

It’s not clear why the rapper decided to troll poke fun at the couple this time around, but he has since deleted the post. Lala and Randall have remained silent about 50’s post so far, which is probably for the best. They’ve had a rough few days and likely do not want to make things any worse.

The “Feeling You” singer and Hollywood producer did not say whether or not they would be heading down to the courthouse to exchange vows before their newly scheduled July ceremony, but according to Jax, that is their plan.