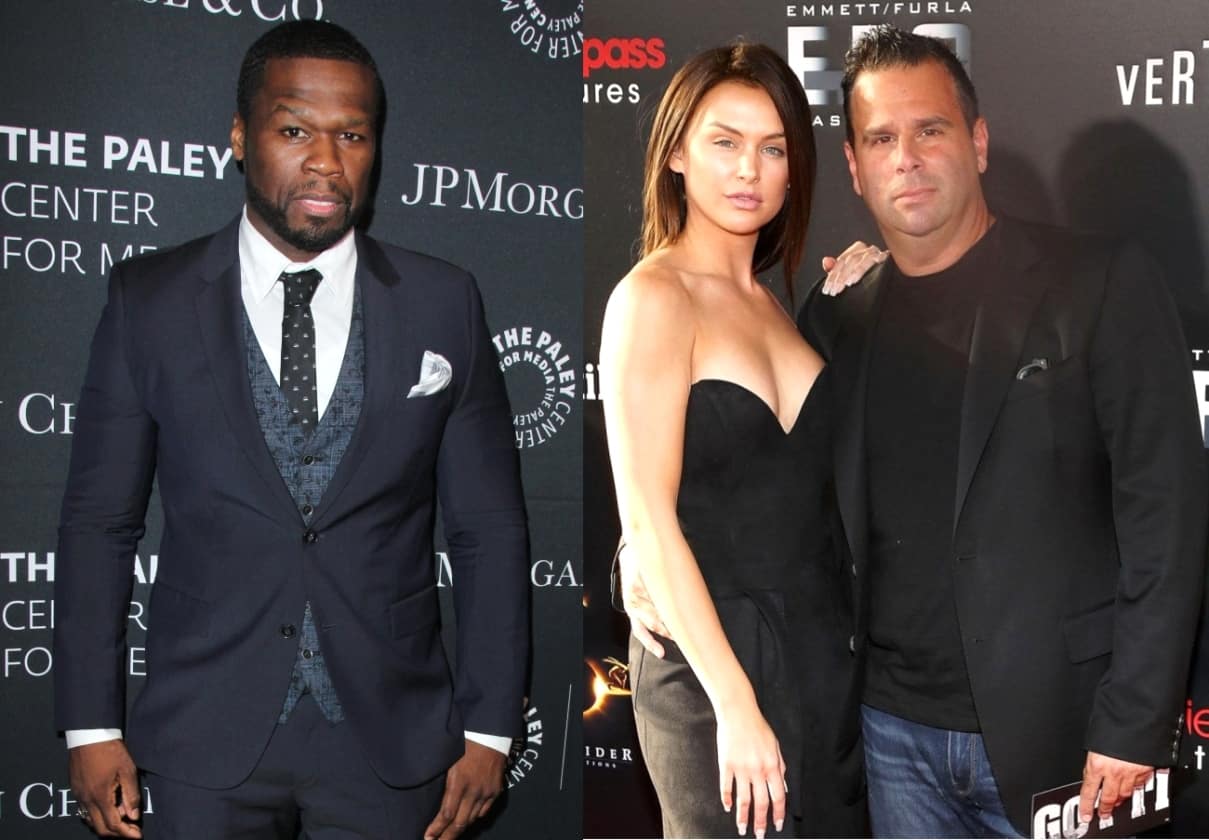 In the wee hours of the morning on Friday, rapper 50 Cent, who works with Lala’s fiancé, producer Randall Emmett, shared a clip from Vanderpump Rules and threw some shade at both Lala and Randall in the caption.

“10 seconds left in the 4 quarter hoe’s are Winning. Do you want A range rover, yes, b***h Yassss. Then just run out and suck a d**k. LOL smh,” the musician and actor wrote. 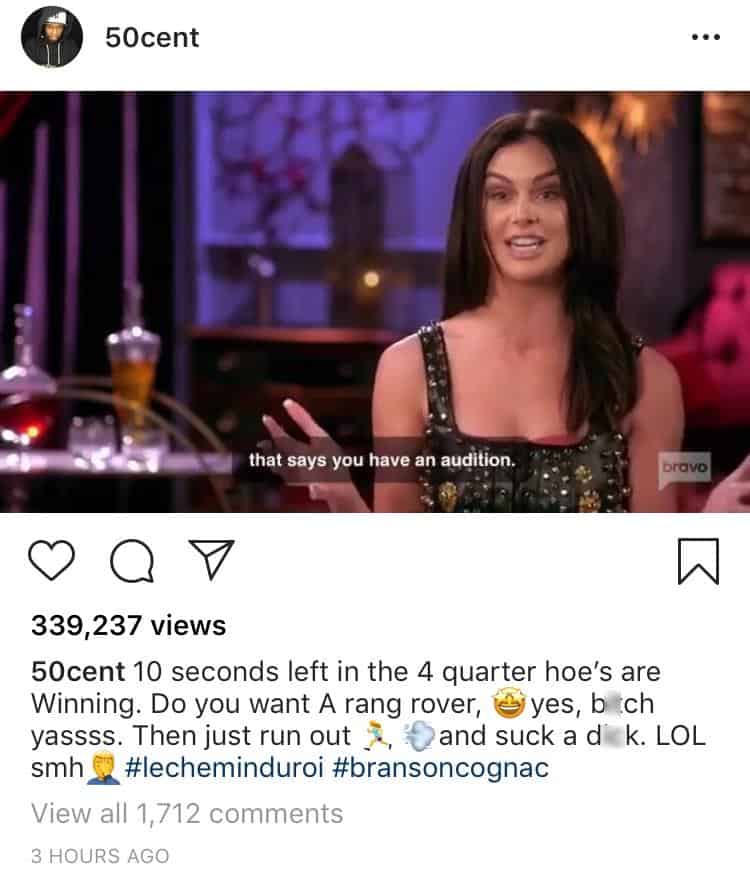 In the clip shared by 50 Cent, Lala was seen explaining that she met Randall after he sent his assistant up to her to find out if she was an actress. Then, while getting her hair done with co-star Stassi Schroeder, Lala revealed that after letting Randall “hit it the first night,” he gave her a Range Rover and began sending her expensive gifts.

Lala also revealed that she landed an audition to appear in The Row, which Randall produced.

50 Cent is known for calling out people on his social media pages so it’s possible his post wasn’t meant to be malicious, since he has a friendship with Randall, who produces two of 50 Cent’s shows, including Power and BMF.

Following 50 Cent’s post, a couple of his followers questioned him about his relationship with Randall.

“Yeah that’s my man but he a sucker,” the rapper replied. 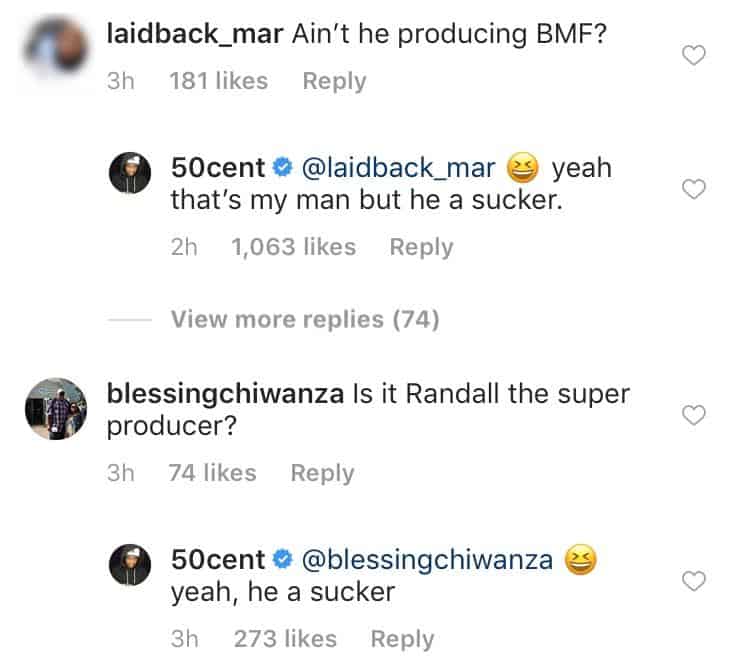 In addition to 50 Cent’s disses towards Lala and Randall, he also shared the hash tags “#lecheminduroi” and “#bransoncognac” in his Vanderpump Rules post, which are the names of his champagne and liquor lines, respectively.