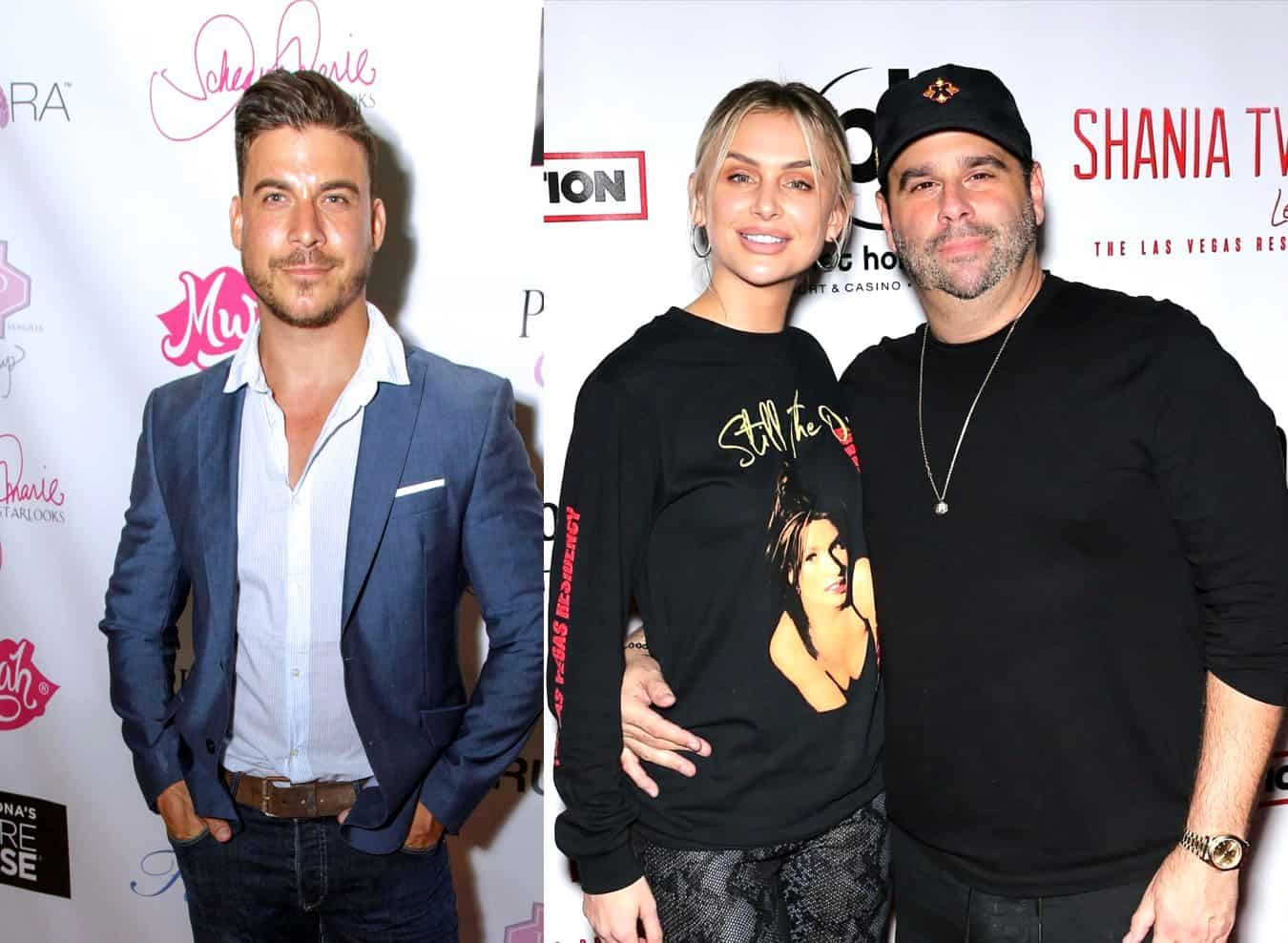 Vanderpump Rules star Jax Taylor was apparently bored after self-quarantining for several days and decided Instagram Live was a good idea, but did he reveal too much?

Jax may have just revealed some hot tea that he wasn’t supposed to. He’s been called out by most of his friends at one point or another for having “a big mouth,” and he’s even admitted it himself, but this secret might just take the wedding cake!

He and his bride, Brittany Cartwright, have self-quarantined in their new Valley Village home and Jax seems to be getting restless. While sitting in his Jeep on Tuesday afternoon, as he was about to go out for a coffee run at a nearby gas station, he decided to hop on Instagram Live to chat with some of his followers.

One follower asked if Stassi Schroeder had cancelled her Italy wedding. Jax replied, “No,” but he went on to add that Lala Kent has cancelled her upcoming wedding to producer Randall Emmett.

Jax then added, “I’ll be accompanying them to the courthouse.” He then finished the conversation off by stating, “Don’t worry; everybody is still getting married.”

Below are screenshots from Jax’s March 17 Instagram Live session. 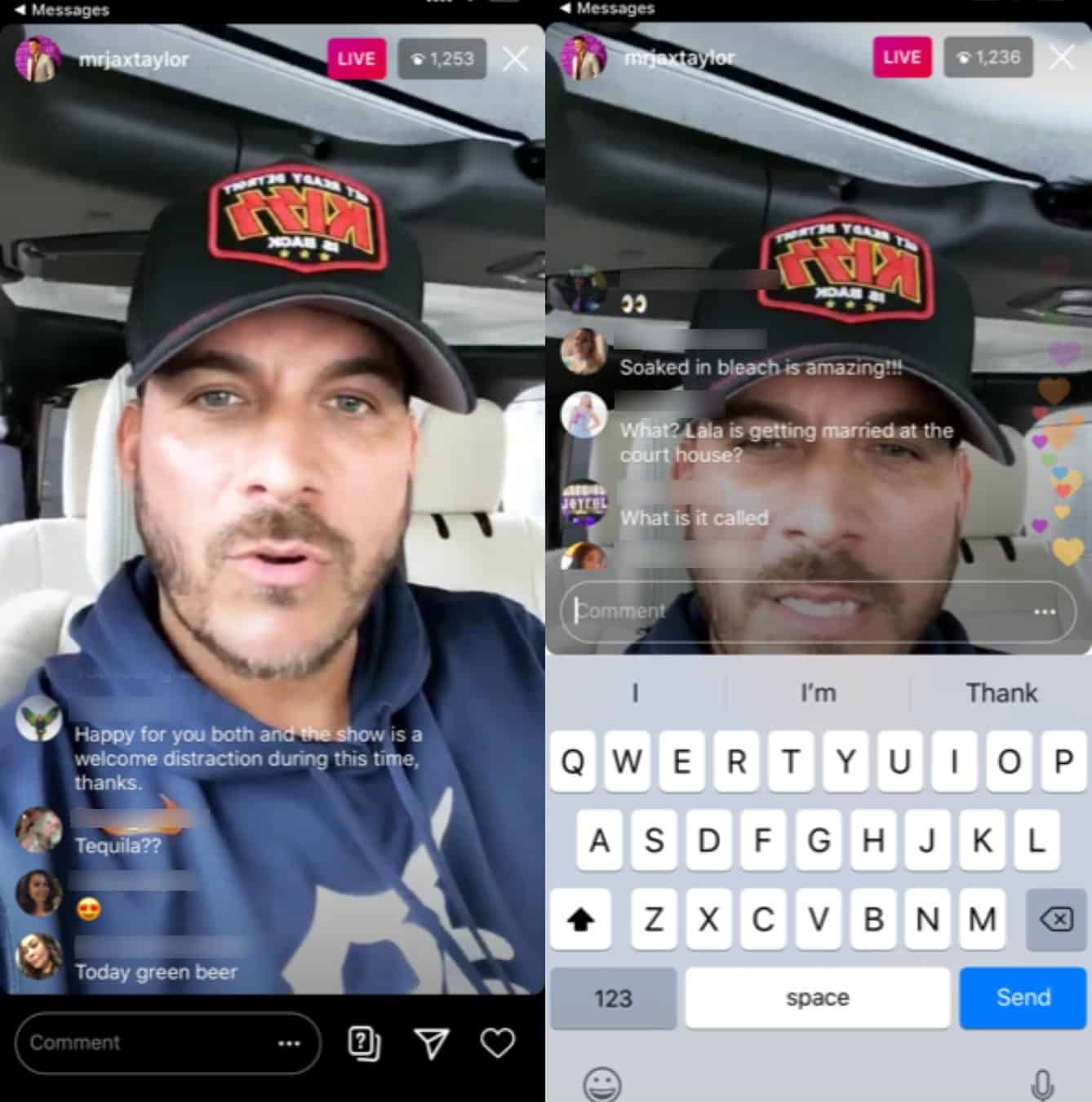 Lala’s wedding date had been set for April 18, 2020 for quite some time now and is fast approaching. However, health experts do not expect the Covid-19 Coronavirus pandemic to be under control by that time.

Some followers did attempt to comment and question this huge disclosure, but Jax didn’t respond. This bombshell revelation has not been confirmed by Lala and her fiancé, Randall, but it’s safe to say they might be fairly irritated with Jax once they find out he revealed this information before they had the chance.