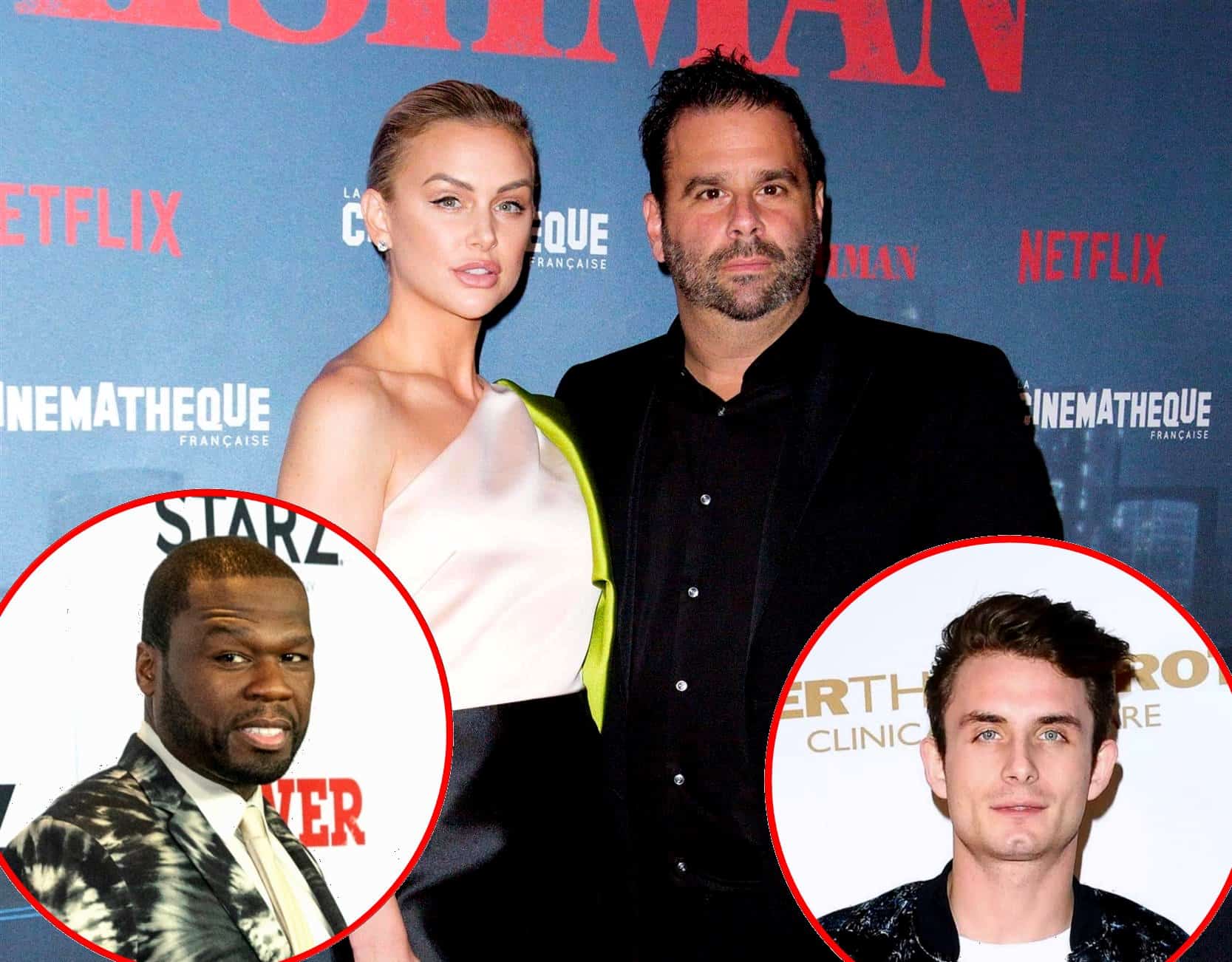 Have Lala Kent and Randall Emmett put their drama with 50 Cent behind them?

During a new interview, the Vanderpump Rules star, who recently celebrated one year of sobriety, opened up about where she and Randall stand with the rapper before dishing on wedding planning, weight loss, and their romance.

“I wish [50 Cent] all the best. I truly do,” Lala told Entertainment Tonight during Thursday night’s premiere of Randall’s latest hit movie, The Irishman. “We’re all good.”

“Yes, and honestly, he’s an incredible businessman and we wish each other the best,” Randall added. “We are all good and you know what? Life has its curveballs and at the end of the day, he’s been incredible to me in life and things happen. And now we wish him the best.”

“We have to be all good because I love his music too much,” Lala joked.

The couple’s feud with 50 Cent first began in April of this year when the rapper called Lala out for her alleged “gold-digging” behavior. Then, after Lala appeared on Watch What Happens Live in September and told Andy Cohen that he had acted out because she “dinged his ego,” 50 Cent slammed Lala for being a drunk. He also suggested she was a cocaine user, which she denied.

Throughout the drama, Lala and Randall stayed positive and focused on their upcoming wedding, which is set to take place in Newport Beach, California in April 2020.

“I’m on cloud nine because yesterday it got very real. We started wedding tasting, I got the designs for my dress back, I’m like, ‘Oh my gosh, I’m gonna be a wife!'” Lala explained.

As Lala puts the finishing touches on their big day, Randall is doing his best to get in shape. After being asked about the health scare he endured earlier this year amid his feud with 50 Cent, he insisted he is doing well at the moment.

“You know what? I am. And we’re still focusing on losing weight,” he explained. “That’s important, the cardiologist says. We’re trying to get down.”

While Lala admitted that she isn’t always “easy to deal with,” Randall made it clear that he feels very lucky to be marrying her.

“I’m very blessed. In a relationship, it’s pretty magical when you have a best friend and that’s my best friend,” he gushed.

In other Pump Rules news, James Kennedy shared a sweet photo of himself and Lala on his Instagram page earlier this week after celebrating her one-year sobriety anniversary at TomTom restaurant with their co-stars.

“Proud of you girl! One year sober and all smiles! Life is good , we are blessed! Btw who ready for new music by us ?! #ridewithme #givethemlala @lalakent,” he wrote in the caption of the pic.

Also in her interview with Entertainment Tonight, Lala explained why she’s been so public with her sobriety efforts.

“It’s been absolutely incredible and I know that the program that I’m in, everyone wants to be very hush-hush about it but there’s a lot of people struggling at a very young age,” she said, “And I feel very compelled to let them know they aren’t alone, and there is a solution.”