Vanderpump Rules’ Lala Kent Announces Her Wedding Date! Plus Katie Maloney Weighs in on 50 Cent Feud and Calls it an “Invasion of Privacy”

by Lindsay Cronin May 2, 2019 87 comments
ShareTweetWhatsappPinterestRedditTumblrMailFlipboard 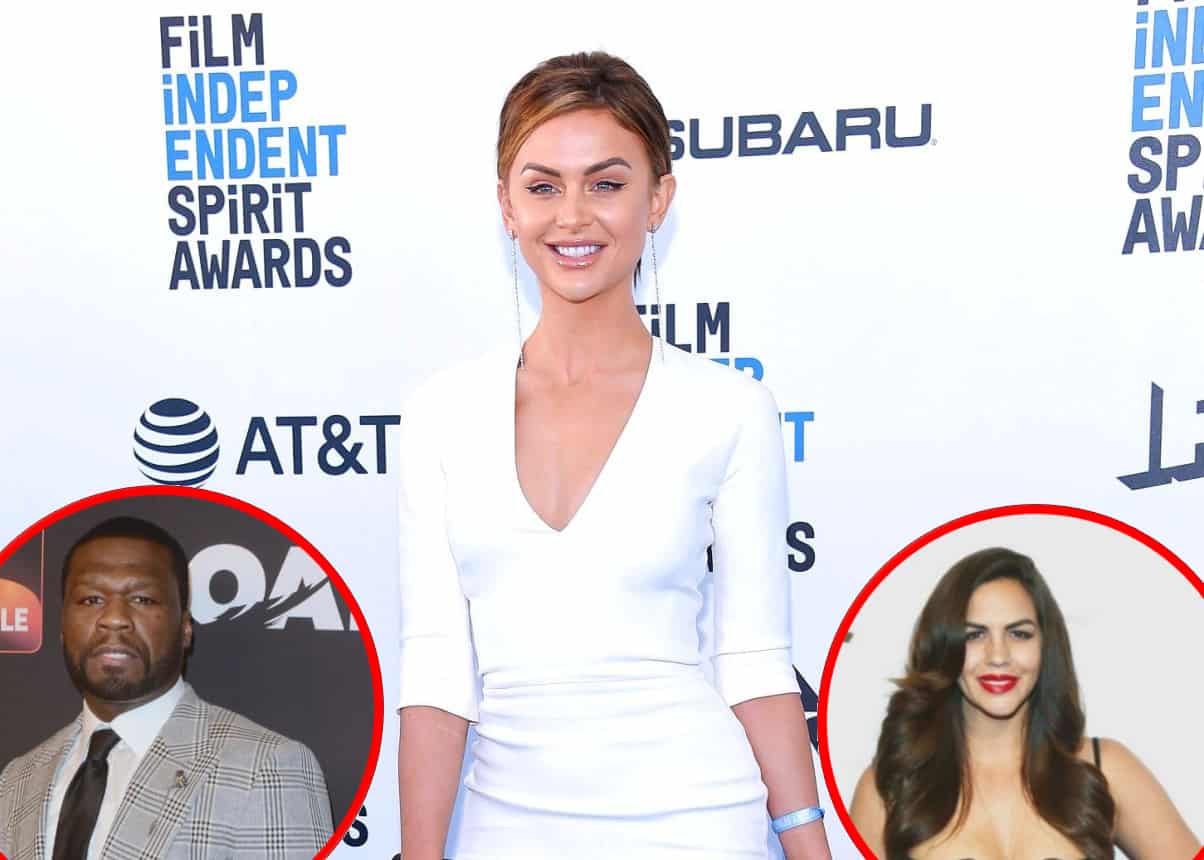 Lala Kent shared some exciting news with her fans and followers on Instagram on Wednesday.

“So anyone that wants me to do anything on April 18, I officially can’t because that’s the day I get to marry my baby! We got a date! Yeah buddy!” she proclaimed on her Instagram Stories.

While some believed Lala and Randall split after his feud with 50 Cent due to her removal of all photos of the movie producer from her Instagram page, the couple has since been spotted together and according to a report, they are “very happy.”

“There is no trouble between them; they aren’t fighting,” a friend told Us Weekly. “She cleaned up her Instagram because a lot of it was old. It was like a spring cleaning with no meaning behind it. She deleted a ton of photos.”

On Monday, Katie expressed her thoughts about the online drama between Lala, Randall, and 50 Cent and slammed the rapper for leaking private text messages sent between him and the movie producer.

Katie addressed the topic on the Everything Iconic podcast with Danny Pellegrino.

“I don’t follow 50 Cent but me and Tom read his caption a few times and we’re watching this and we’re like, ‘Is this a joke?’ Like, he has a weird sense of humor but then Schwartz was like, ‘No, he’s really petty on social media,'” Katie said.

“It’s not just Lala and Randall, it’s Randall’s friendship with 50 Cent,” she continued. “I don’t know much about their relationship I just know that they’re close and I know he was really bummed about it because he just asked 50 to be in their wedding and 50 was really excited and wanted to do a speech and the whole thing. He was like, really, really hurt.”

According to Katie, she saw Lala over the weekend and during their chat, Lala admitted to wishing she never said a thing back to 50 Cent.

“[Everone] is following this so closely that it’s got to feel very invasive and very personal,” Katie stated.

Katie went on to slam 50 Cent for the “invasion of privacy” he committed when he posted screenshots of the private text messages sent to him by Randall.

“That’s an invasion of privacy because here you are having a very personal, private conversation and then for someone to just blast it to 20-something million people is really aggressive,” she said.

As for Randall’s health, Katie didn’t know a whole lot but said she believes he’s “okay.”