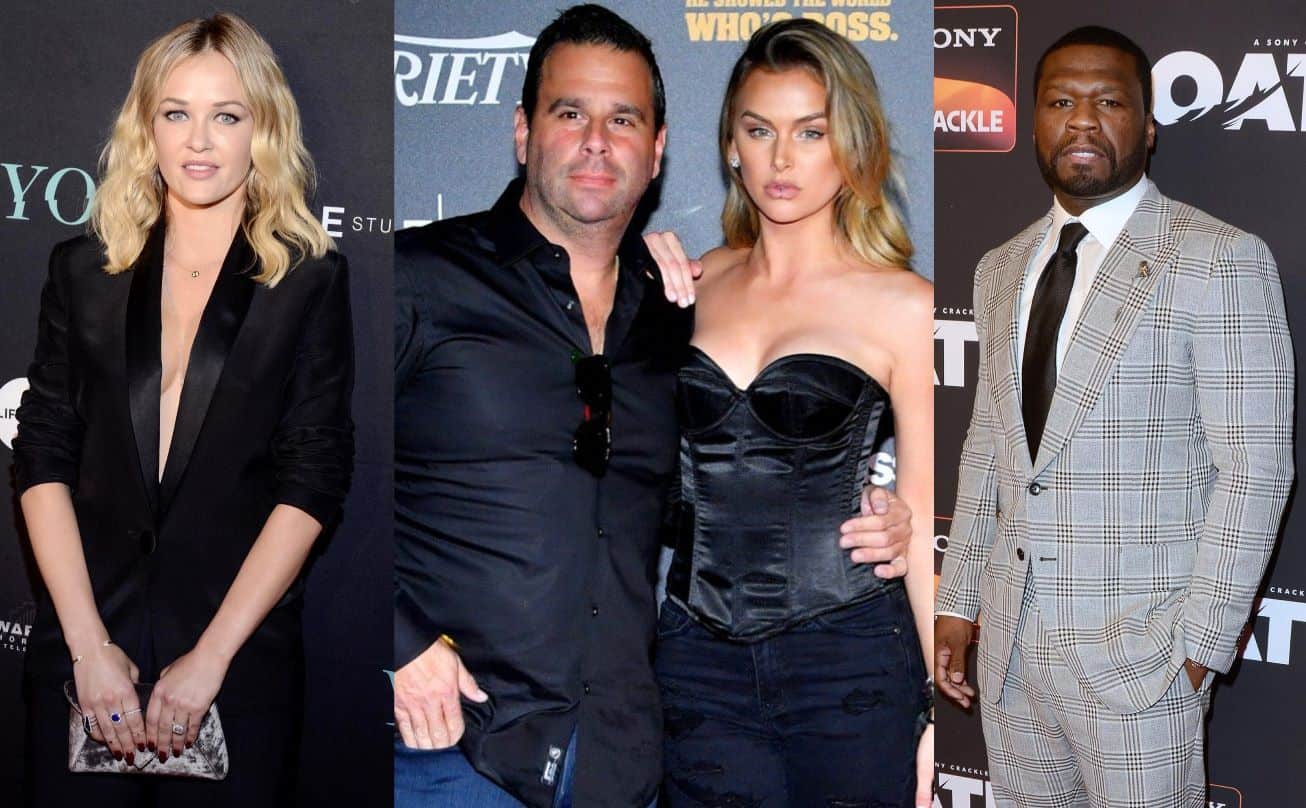 Lala Kent is firing back at 50 Cent for his suggestion that she is a “gold digger,” as Ambyr Childers, the ex-wife of Lala’s fiance, Randall Emmett, is also reacting to the diss. Plus see 50 Cent’s leaked text messages from Randall.

After 50 Cent shared a shocking comment on Instagram in which he labeled the Vanderpump Rules star a “hoe” and her fiancé, Randall, a “sucker,” Lala shared a comment of her own that compared him to a female and offered him a “strap.”

“She swears she’s a thug from the south side Jamaica queens & she’s up in here watching Bravo,” Lala wrote. “Someone has forgotten where they come from Coming for me on the gram!? I smell fish coming from fifty’s direction.”

Lala then reminded 50 Cent’s followers that her show airs Mondays at 9 p.m. before telling the rapper, “I got the strap.” 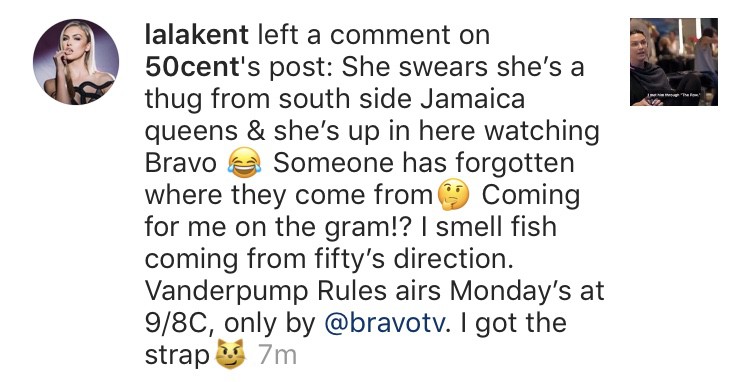 50 Cent’s post got plenty of attention from his fans and followers and also from Randall’s ex-wife, actress Ambyr, who stars on the hit series You. Ambyr made it clear to a fan that she was in agreement with what he said.

“50 Cent said it best,” she replied on Instagram. “HOE’s WINNING…I guess if that’s what you call it. Randy got what he wanted.” 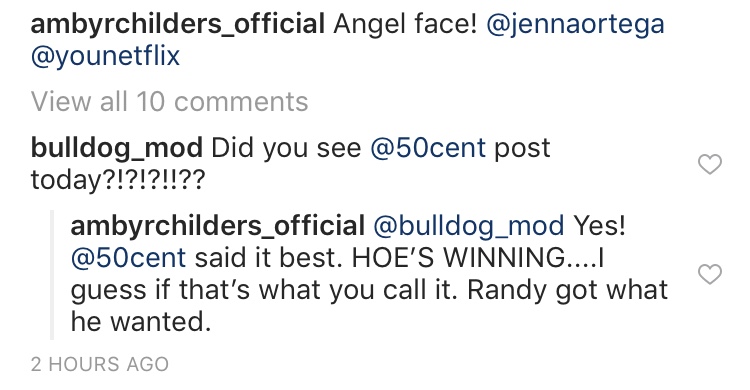 Lala’s co-stars, James Kennedy, and Stassi Schroeder, also responded to the diss on Instagram with James writing, “IM DEAD,” and Stassi saying, “This is treason.”

On Friday morning, 50 Cent took to his Instagram page and shared a clip that featured Lala explaining how she met Randall and how she quickly landed a movie role in The Row and a new Range Rover after sleeping with him.

And late Friday night, 50 Cent shared even more posts, as he posted text messages he said came from Randall which showed Randall apologizing for the conflict between them and stating it was causing him stress. Those are below.

It appears Lala posting a clip about 50’s insults and invoking the MeToo movement is what made him more upset last night. Below is a clip.