Home Watch What Happens Live Andy Cohen Reveals the “Horrible” Symptoms He’s Experiencing From Coronavirus and Gives Update on Health, Confirms the Worst Part of the Illness is Being Away From Son Benjamin

Andy Cohen Reveals the “Horrible” Symptoms He’s Experiencing From Coronavirus and Gives Update on Health, Confirms the Worst Part of the Illness is Being Away From Son Benjamin 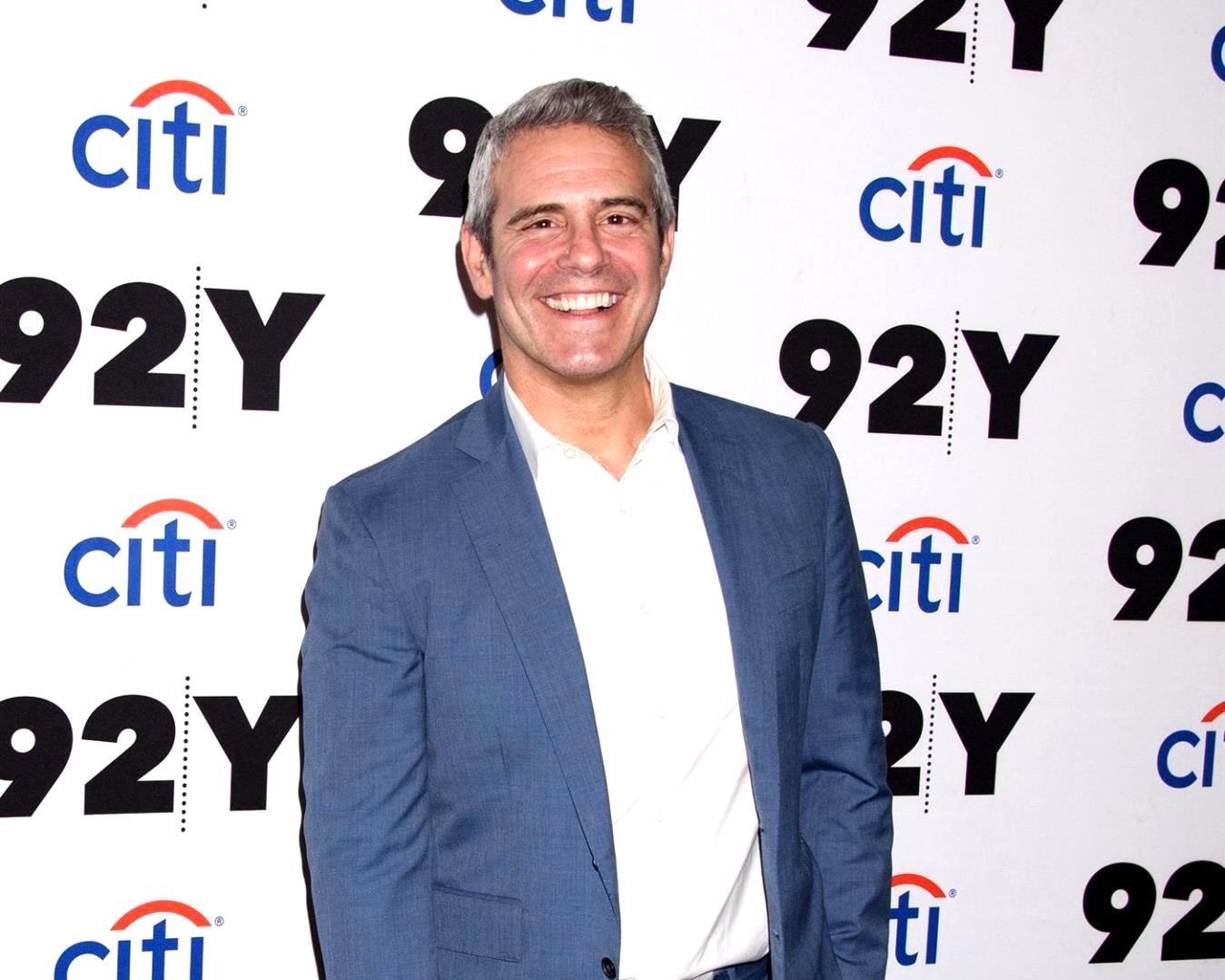 Andy Cohen called into Jeff Lewis‘ radio show, Jeff Lewis Live, on Tuesday, where he discussed his experiences with the coronavirus and gave an update on his health.

Just days after he publicly confirmed he tested positive for COVID-19, the Watch What Happens Live host opened up about the “horrible” symptoms he’s been enduring before revealing the one benefit of the illness and confirming the worst part of his diagnosis is having to be away from his one-year-old son Benjamin.

“By my calculation, I’m in day six of this. I’m quarantined in my room and I feel like it’s definitely working its way through my body. Yesterday was horrible. I have these moments every day where I’m like, ‘Oh wait, I think I feel totally better and then like 10 minutes later, I’m like ohh,’” Andy explained to Jeff.

According to Andy, he has a slew of horrible symptoms and is struggling to eat.

“I don’t have any sense of smell. I don’t really have an appetite. I’ve been forcing myself to eat soup,” he revealed. “Last night, I had a bowl of soup for dinner. That was all I ate yesterday. I just did not have any appetite. I’m going to try to force myself to eat something more today.”

While Andy certainly needs nutrients as he attempts to fight off the illness, he admitted there was one major benefit of having no appetite.

“Two days ago before I went to bed, I took a shower and I was walking into the shower and I looked at myself and I was like, ‘you look good,’” Andy shared.

Andy then spoke of his son Benjamin, who is currently being cared for full-time by a nanny, which has been understandably heartbreaking for the new dad.

“I’ll tell you what I know from the nanny cam and from videos because I can’t see him which is the very worst part of this entire thing. But he’s great and his nanny is negative,” he confirmed.

Andy also addressed this diagnosis on his Instagram Stories, thanking his fans and followers for their well-wishes.

“Thank you all for the amazing messages. I am getting better every day and can’t wait to see everybody again,” he wrote. “Stay home. Be smart. And thank you to the medical professionals on the front lines!” 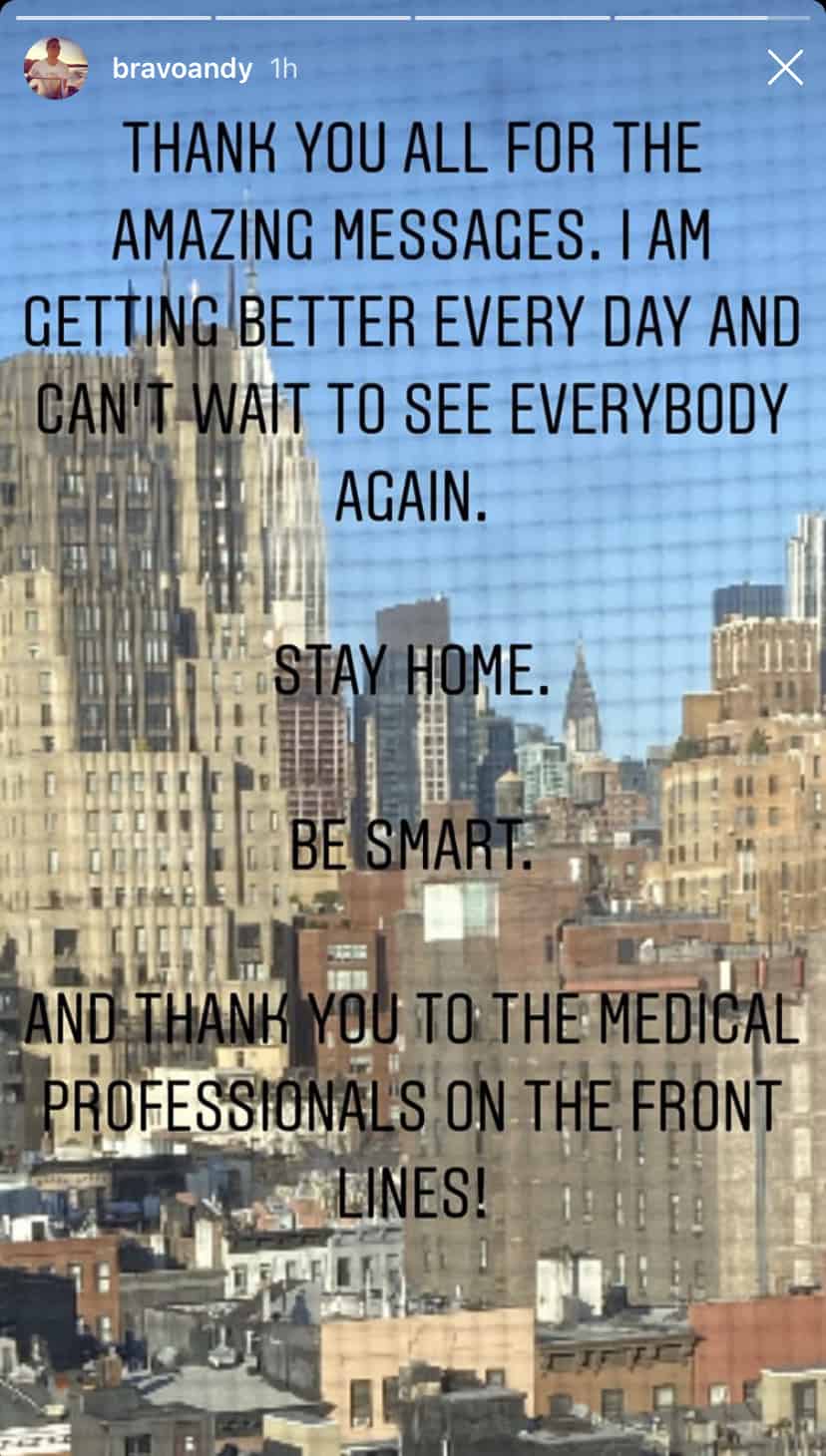 Days before going public with his coronavirus diagnosis, Andy revealed on his radio show, Andy Cohen Live, that he had encountered a number of people suffering from COVID-19.

“I have a neighbor who has it, I have a friend who has it. There’s someone in my building who just got it,” Andy shared on the March 18 episode.