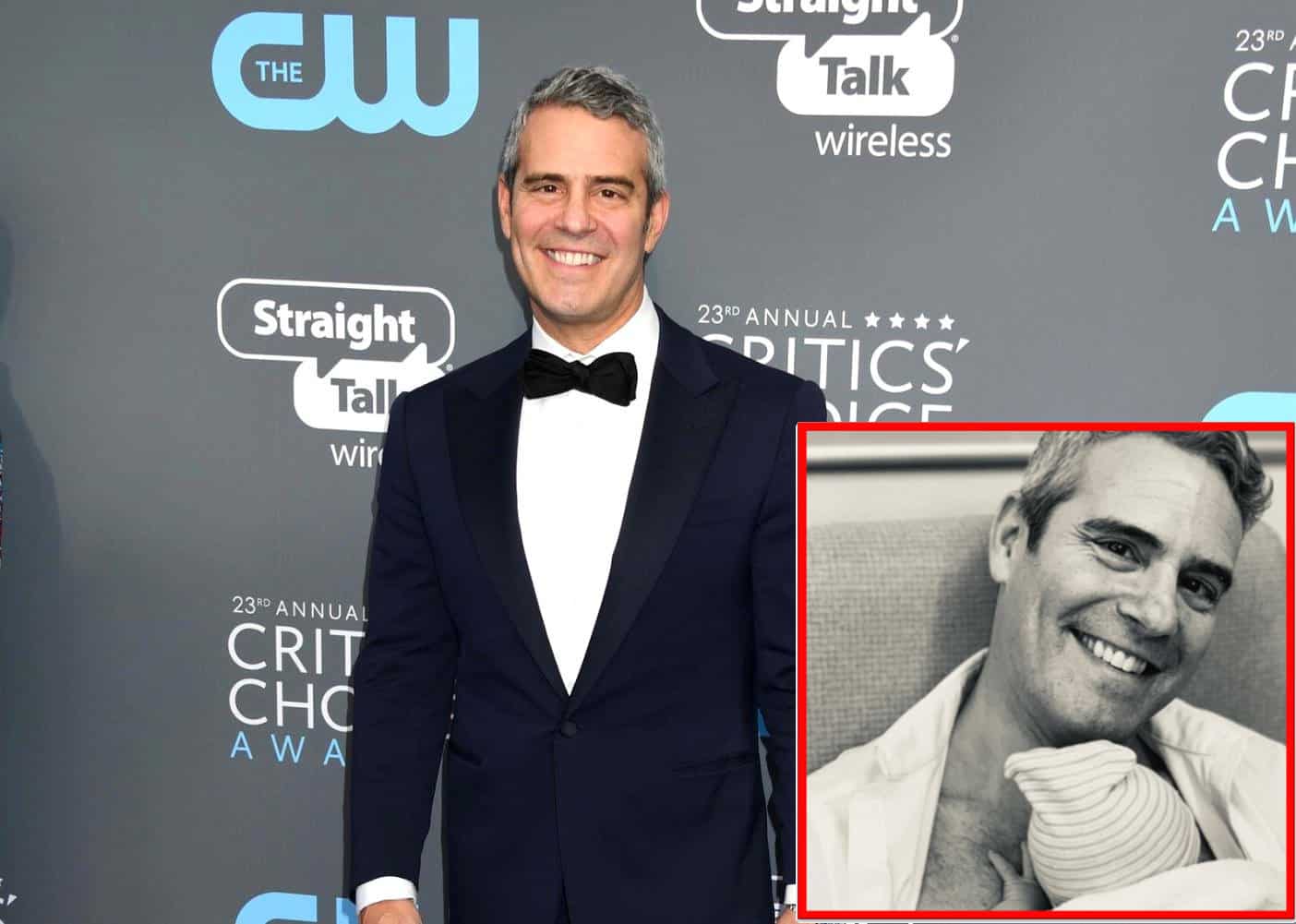 Andy Cohen is officially a father.

Months after announcing he would be welcoming a baby boy, via surrogate, the Watch What Happens Live host confirmed his son’s arrival and was quickly met with well-wishes from several cast members of the Real Housewives franchise.

“WOW! This is my son, Benjamin Allen Cohen. He is 9 lbs 2 ounces !! 20 inches !! Born at 6:35 pm, PT,” Andy wrote in his Instagram birth announcement. “He is named after my grandfather Ben Allen. I’m in love. And speechless. And eternally grateful to an incredible surrogate. And I’m a dad. Wow. ” 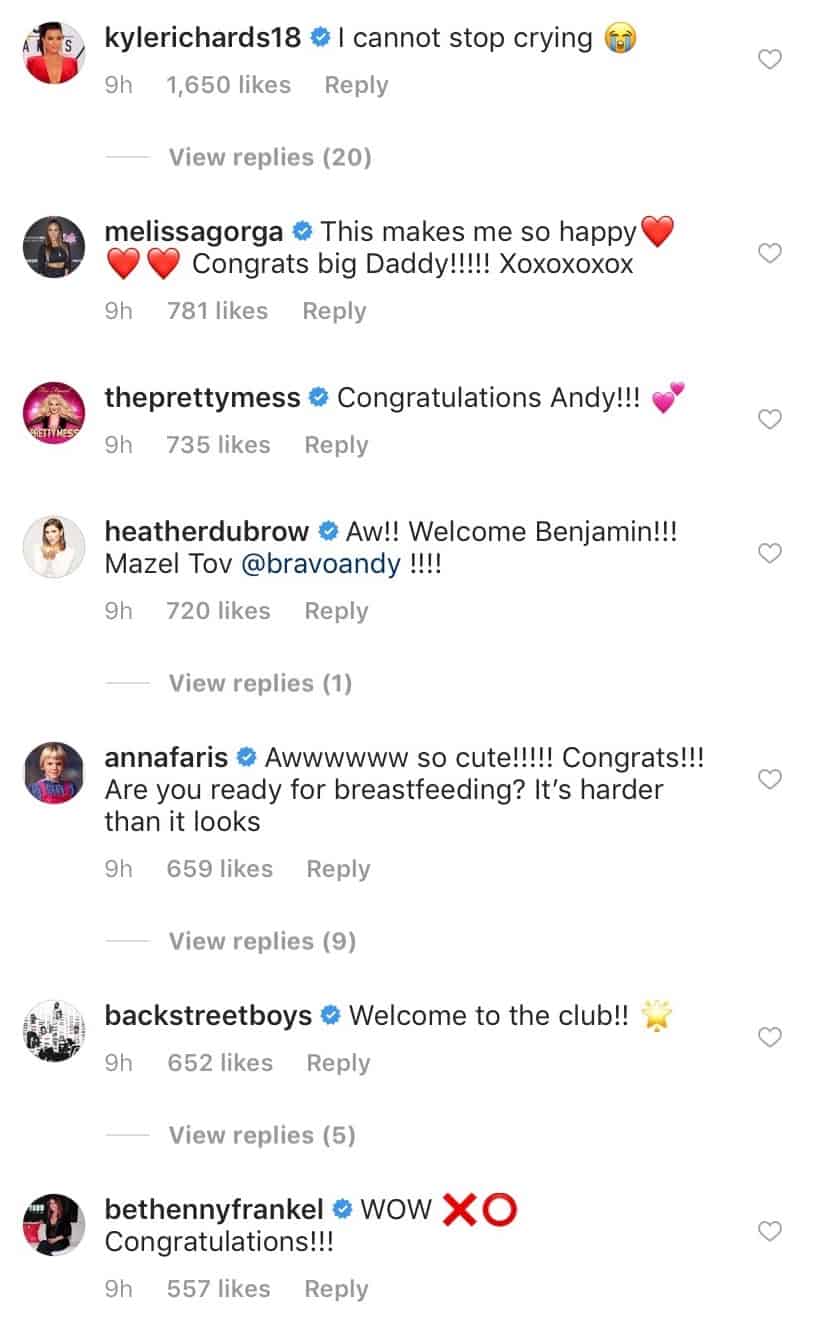 “Omg!! Andy I’m so happy for u!!!!!!” Tom Sandoval wrote. “Benjamin Allen Cohen is so lucky to have a living example like u! Love u Andy.”

“Welcome Benjamin! So happy for you Andy!!!” Shannon Beador added. 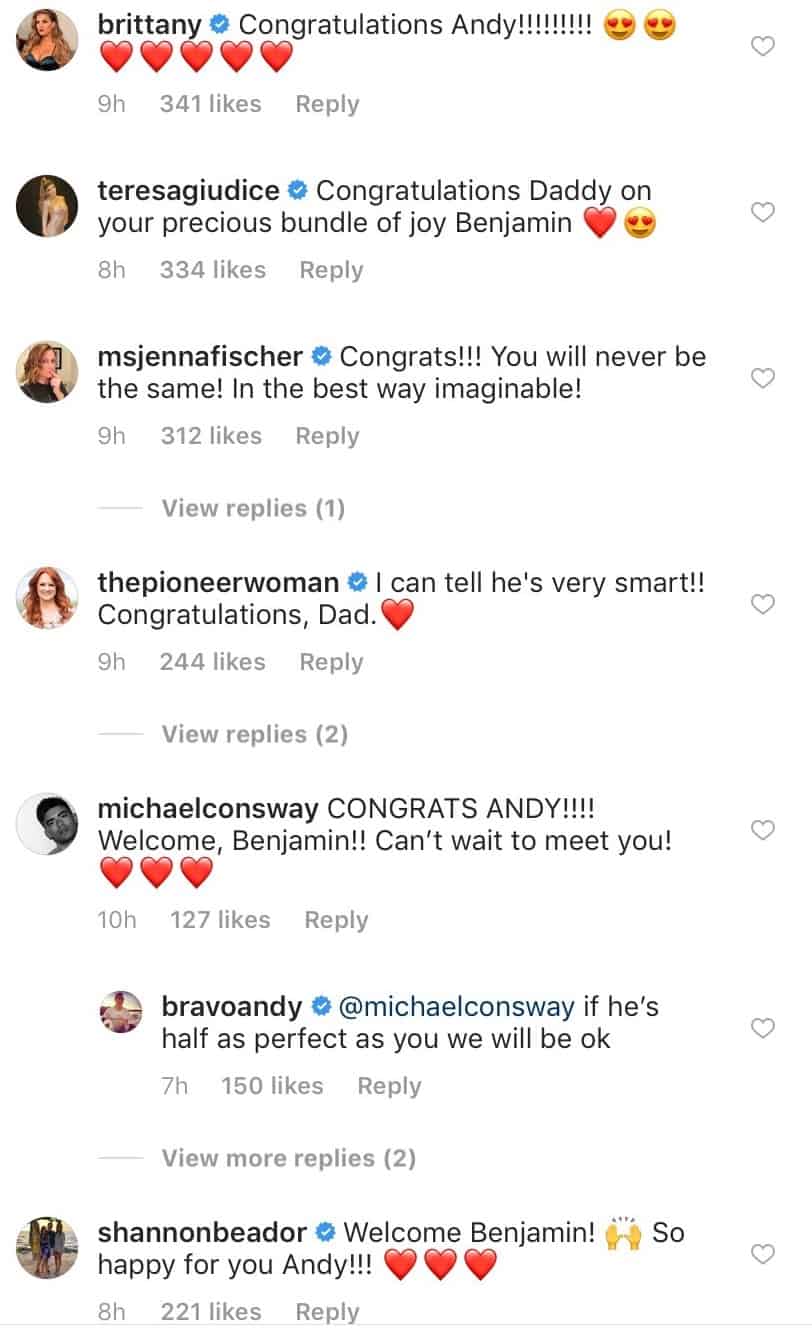 The birth of Andy’s baby boy comes just over a week after the late-night talk show host celebrated a baby shower thrown for him by Kyle and attended by more than 30 Real Housewives cast members.

The event was held at The Palm restaurant in Beverly Hills and was co-hosted by NeNe Leakes, Vicki Gunvalson, Teresa Giudice, and Ramona Singer.

After the star-studded event, Andy thanked his hosts on Instagram.

“Thanks OG’s Kyle, Vicki, Nene, Ramona & Teresa for hosting a party like no other. And [Bruce Bozzi], the Palm Beverly Hills is now an iconic stop on any Housewives Tour,” he wrote.