Home Real Housewives of Beverly Hills News RHOBH’s Kyle Richards Is Throwing Andy Cohen A Baby Shower With the Help of Several Other Housewives, Find Out Who!

RHOBH’s Kyle Richards Is Throwing Andy Cohen A Baby Shower With the Help of Several Other Housewives, Find Out Who! 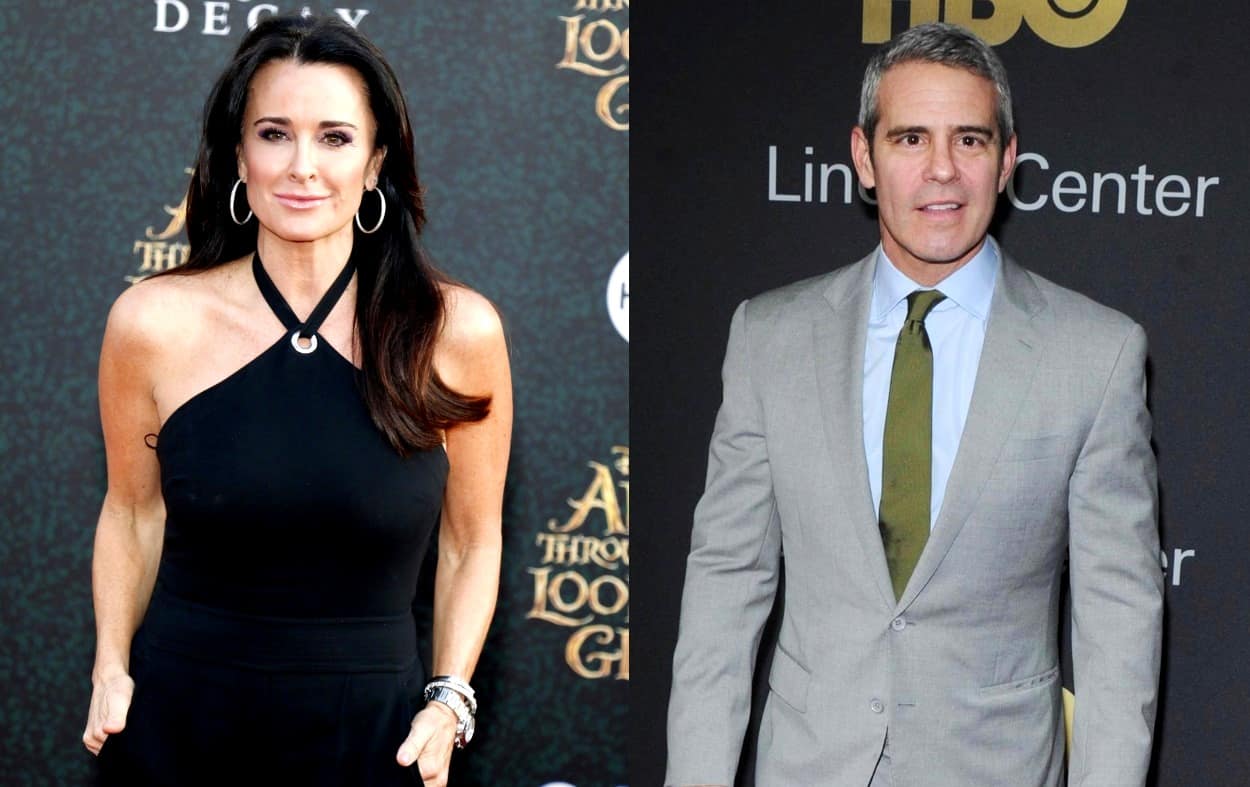 Andy Cohen is being treated to what is sure to be an over-the-top baby shower ahead of the impending birth of his baby boy.

According to a new report, Real Housewives of Beverly Hills star Kyle Richards has enlisted some of her fellow Real Housewives stars to help her celebrate the dad-to-be this coming weekend.

“We kept the list to mainly Housewives to simplify things,” Kyle revealed to PEOPLE on January 22. “Most men can barely handle one wife and Andy has a lot of wives to deal with!”

As for which other ladies will be taking part in the event, Vicki Gunvalson, Ramona Singer, NeNe Leakes, and Teresa Giudice are all helping Kyle host.

Andy first shared the news of his baby boy during an episode of Watch What Happens Live last month. At the time, he was surrounded by his OG wives, including Vicki, Ramona, NeNe, Teresa, and Kyle.

“Tonight, I want you to be the first to know that after many years of careful deliberation, a fair amount of prayers and the benefit of science — if all goes according to plan in about six weeks time I’m going to become a father,” he said.

“When he made the announcement, I could see in his face how happy and excited he is,” Kyle said. “I think he’s going to be a great dad. I hope this shower is a special day that he will never forget.”

“We share so much of our lives with Andy and I was so touched when he shared this exciting news with us. I’m so happy to be able to be a part of this exciting time in his life,” she added.

A short time after Andy shared his baby news, he confirmed his first child was a boy to longtime friend Anderson Cooper during CNN’s live New Year’s Eve show.

“It’s a boy and I got to tell you something, I cannot wait to meet this boy,” he said. “I think he’s going to have a nice Semitic head of hair. I really do. I’m so excited and I think about nothing else. I did it with a surrogate.”

“When I was growing up and when we were growing up … I just never thought it would be possible as a gay man to grow up and have a family,” Andy continued. “And here we are in 2018, almost [2019], and anything’s possible. And I’m so grateful to a wonderful surrogate that I’m working with.”

According to Andy, he waited until he was 50 to start a family because he was “kind of having too much fun” at the time surrogacy first became an option to him.

“It takes some people longer to get to that place. And it took me that time,” he explained.

“Everyone’s given me wonderful advice. I have a lot of great women in my life,” he added.