Home Below Deck Below Deck Recap: James Thinks This is a Holiday, Izzy Gets Bumped to Deck Crew, and We Meet the New Stew: Ashling

Below Deck Recap: James Thinks This is a Holiday, Izzy Gets Bumped to Deck Crew, and We Meet the New Stew: Ashling 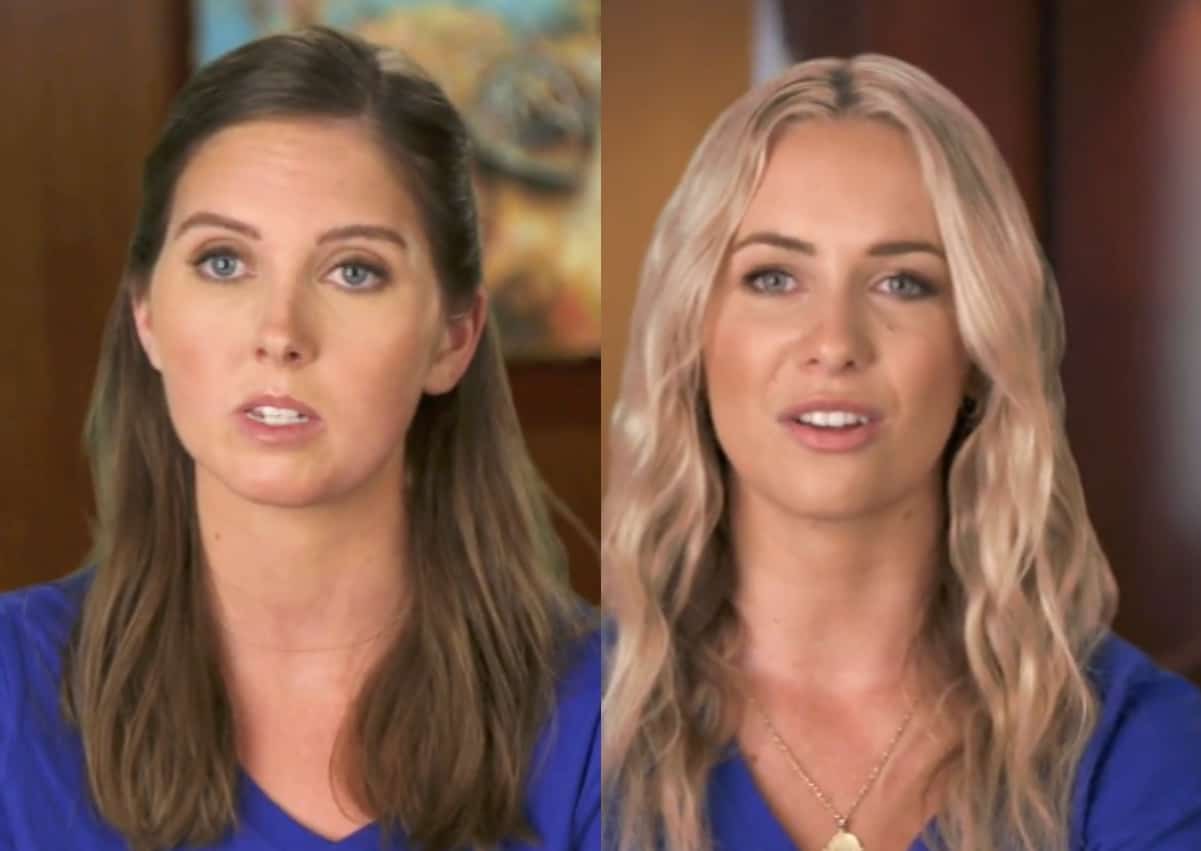 Raise your hand if you wish Charley and his friends would just jump ship already! The guests are obnoxious and the crew is still short a member. Here’s to hoping things start to go a bit smoother on this episode of Below Deck.

Hallelujah!! It’s the last day with these hellish guests. Luckily, Rachel has picked up how to control the breakfast situation by pushing French toast instead of allowing the guests to believe they are building their own omelets at Denny’s.

Captain Lee finds himself in a bit of a predicament as the wind picks up just as the guests need to leave the boat. The yacht needs to return to harbor, but it’s a challenging harbor to navigate, especially with clowns as deckhands. I hate it when Captain Lee gets nervous, but I do love it when Captain Lee mouths off to crew members who don’t follow his orders. He asked for you to stay off the radio, Francesca. Let the man concentrate.

Because Captain Lee is a boss, the yacht gets guided perfectly back into the harbor and Rachel knocks it out of the park with the final breakfast. Are things starting to come together with this crew…already? Donning their whites, the crew bids adieu (FINALLY) to the guests and I am holding my breath as Charley hands over the tip envelope. We can all agree that nothing went right for that charter, so the odds of there being anything other than monopoly money in there are prettttty slim.

Before the tip meeting, Captain Lee calls Francesca up to discuss the personnel situation. Turns out that Izzy is heading outside to become a part of the deck crew…and Francesca legit exhales with relief upon hearing that news. Looks like someone is getting a new stew!!!

SOMEHOW, this crew managed to make a tip after that charter. Captain Lee confirms that Izzy will be joining the boys outside. Wonder if she will actually move with a purpose once on the deck? But that still leaves a mystery stew for Francesca.

Poor Eddie is teaching deck crew school to these newbies he got stuck with this season. Eddie claims he “loves” teaching people, but honestly, it looks so stressful to teach as you go. I don’t know how he’s being so patient… Luckily, Izzy seems like she has half a clue of what is going…which is certainly more than I can say about Shane.

Preference sheet meeting time. This time around, they have some rich, 20-somethings Dax and Max as primaries, and they are bringing along their girlfriends and friends. Oh dear. Jello shots are a must?! A naked model for sushi?! Money can’t buy you class, can it?

With only a few hours left of work before the crew is able to let loose on a night out, James explains half the reason why he’s decided to choose the yacht life is cuz he wants to have fun. Seems like he might’ve chosen the wrong profession to achieve these aspirations, but time will tell.

During dinner, the crew toasts with espresso martinis in honor of the last charter guests, but it is evident that no one wants to make it a late night. When Eddie decides to go home, James throws a fit that they are leaving early. This kid wants to RAGE. Still pouty in the cab ride back to the yacht, James states to Eddie, “We’re not here to work. We are here on a holiday! All we have to do is wash a boat.” Ooooooh boy, James. Don’t say that to Eddie…your boss! Rookie mistake. He’s got a lot to learn.

The next morning, Shane (aka “Sunshine”) doesn’t show up on time and Eddie is forced to hunt him down. Shane is clearly confused that rules are made to be followed. Meanwhile, the stews are hustling and struggling as there are only two of them. The new addition can’t come soon enough!

LOL to Captain Lee on the elliptical. He is so my hero. And when he was searching for a bottle of vodka shirtless? He is just the best.

Finally, we get to meet Ashling, the new stew and another Australian. James completely turns her off as he tries to jump her bones before she even puts her bags down. Bad first impression. Luckily, Francesca scoops her up and shows her around. Rooming situations get handled, and because Ash wants to be as far away as possible from James, Izzy is stuck sharing a cabin with him. Oh man… how p*ssed is James that he’s with Izzy?

There’s only one hour until the guests’ arrival and poor Ashling is super jet-lagged from her flight. She gets no chance to catch her breath and is thrown right into the work. In the meantime, Elizabeth gets promoted to second stew (somehow) even though she gave Captain Lee a wet shirt. Standards are LOW this season…

Later, Dax, Max, and their pals hop on board. Sounds like a title of a Dr. Seuss book. In the words of Captain Lee, “I’ve got ties older than them.” These guests look super young. Even Eddie wonders if they should check IDs. Who the EF is fronting the bill for this? I am a little jealous… But seriously, this is like the babysitters’ club. They have no business being on a superyacht!

A guest has already fallen down the stairs. He’s acting how Ashling feels. The girl is overwhelmed and thrown into the laundry room. She’s starting to unravel but manages to hold it together, unlike Shane. He should lose the “Sunshine” nickname and start being called “Captain Obvious.”

When he radios that rain is coming in as it is raining, Eddie retorts, “Man, you are very observant.” Looks like Sunshine is mad at Eddie’s sarcasm. Eddie is too busy acting like he’s everyone’s dad and realizes that Shane needs to be spoken to straight. According to Eddie, Shane just needs to “shut up.” Kudos to Eddie for finally laying down the law.

Glad they had their brief fight cuz they head out to pick up the sushi model together. Yes, that IS such a thing. Once they are nearing the yacht and are only a thrown line away from getting back on board, Shane blows it. Poor Shane. He’s really trying, but sometimes that’s just not enough. The line gets stuck under the boat. It’s dark out. He can’t reach it. Things are just bad. Doesn’t help that Captain Lee is watching this sh*tshow unfold on the yacht. Perhaps Shane should have moved to the interior…he was incredibly good at presenting the drinks with Elizabeth last charter. LOL.

All the while, Eddie does a good job of keeping his temper in check and not showing his emotions. Much like the sushi model. How on Earth do you keep a straight face while lying there with banana leaves on your boobs and sushi on your hoo-hah?! I feel so bad for Rachel. She worked so hard and created these delicious rolls for these children. She should have just fed them Happy Meals and called it a day.

Captain Lee is not happy with Shane. In fact, he tells Eddie, “Shane’s gonna get somebody killed,” and Ashling is fading.  FAST. When Francesca rattles off all she has to do and what time she needs to wake up, Ash crumbles. She cries into Francesca’s arms, and I get it, sleep deprivation is very real, but reminder: THERE’S NO CRYING IN YACHTING!