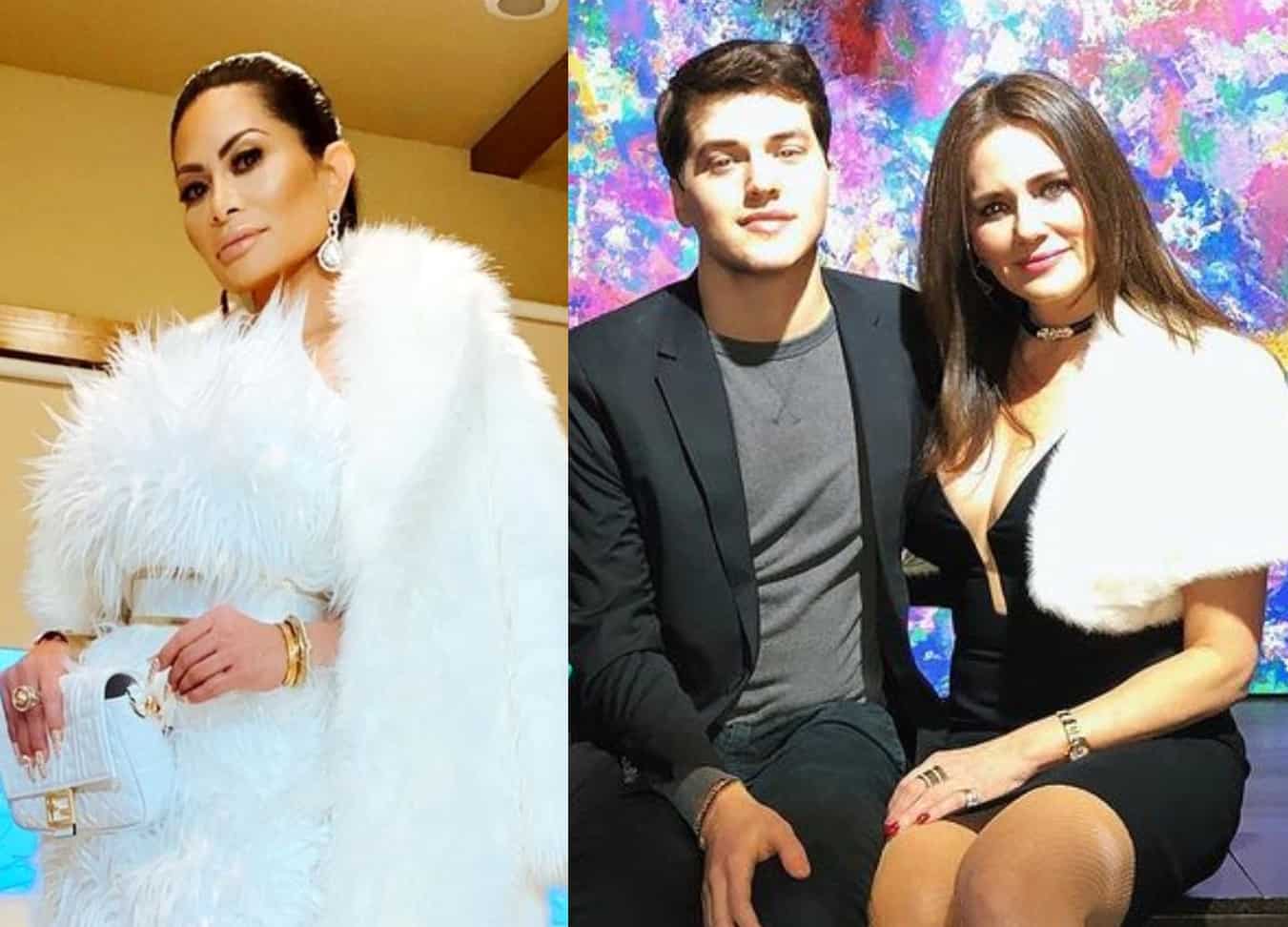 On last week’s episode, Jen went over to Meredith’s house for a girls’ night, and Meredith’s two children, Chloe, 18, and Brooks, 21, were hanging out before, you know, driving off together to Best Buy.

Before Chloe and Brooks left, they joined Jen and Meredith in the living room for a little conversation, at which point Jen jokingly did some high kicks on the couch (showing off her elaborately fabulous heels). Brooks then revealed his discontent in a confessional, claiming that he saw Jen’s vagina in the process.

While catching up on the episode, Jen was likely offended by the comment made behind her back, especially since it apparently made Meredith reconsider hanging out with Jen in another planned sleepover since Brooks expressed his displeasure.

The RHOSLC housewife took to her Twitter account to tweet out her frustrations, saying, “My vagina was not showing,” with a hilarious meme stating, “You should have just sat there and drank your almond milk.” This was likely making fun of Brooks’ Gen Z status (and his notable moment making almond milk from scratch).

My vagina was not showing. #RHOSLC pic.twitter.com/H0ohIx1DFm

A fan then replied with their appreciation for the tweet, joking that they wouldn’t have been “offended” by seeing Jen’s nether region.

As for Meredith’s part in the matter, the mother-of-three is adamantly defending her son. She recently commented on an RHOSLC fan account that asked fans what they thought of Brooks’ comments (via Comments by Bravo).

“There was a lot more to the story than was shown,” Meredith remarked. “You will see[.]”

In the episode, Meredith also shared how much she valued her children being able to express how they feel to her — a point she also highlighted in a recent conversation with Bravo ahead of Thanksgiving.

“I’m thankful for the time that I get to spend with my family, and that we have open lines of communication, and that my children feel very comfortable expressing themselves to me and telling me all of their feelings,” she noted.

The Real Housewives of Salt Lake City season one airs every Wednesday at 10/9c on Bravo.