Home Reality TV News Southern Charm’s Kathryn Dennis “Left in the Dark” About Thomas Ravenel’s Engagement, Wants To “Get To Know” His Fiancée

Southern Charm’s Kathryn Dennis “Left in the Dark” About Thomas Ravenel’s Engagement, Wants To “Get To Know” His Fiancée 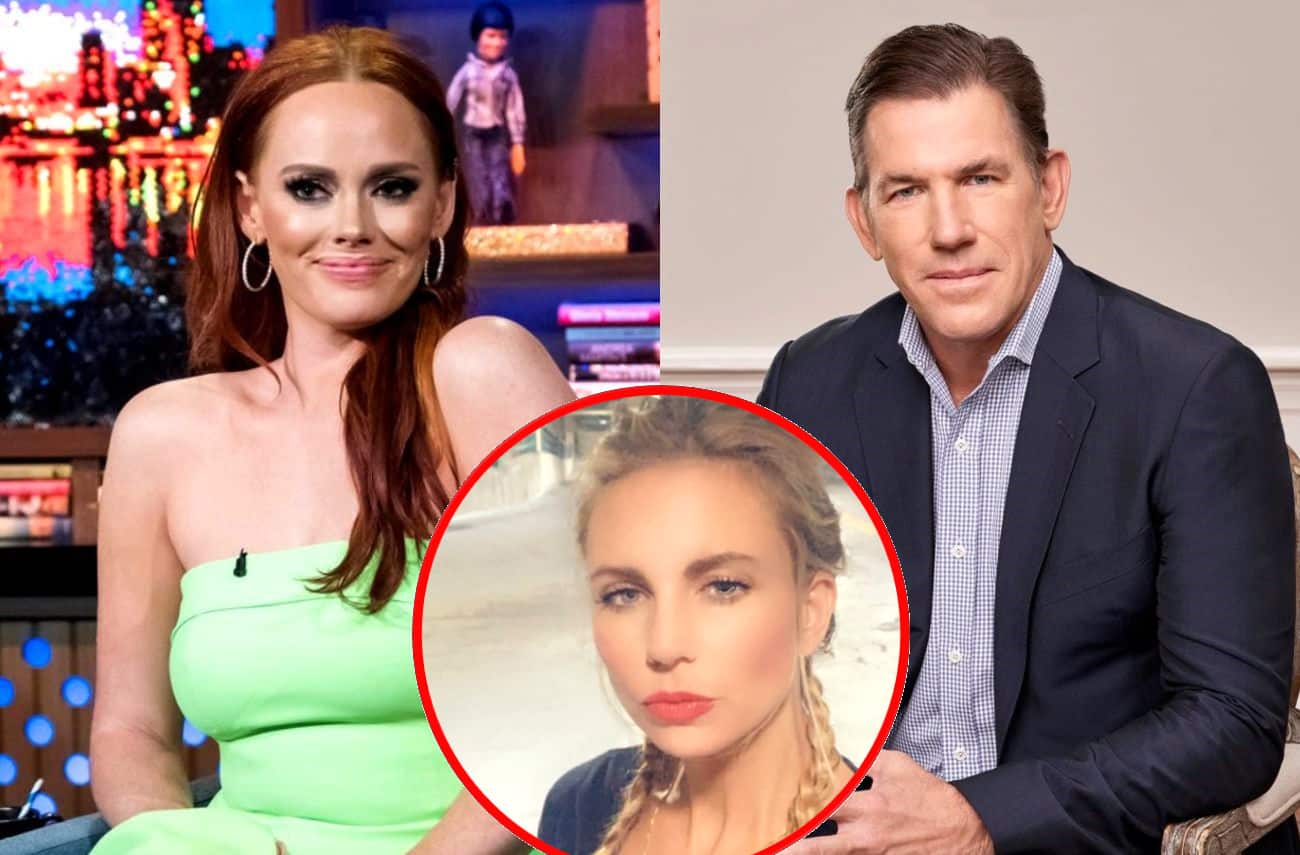 Kathryn Dennis reportedly learned of Thomas Ravenel‘s engagement to Heather Mascoe through an online news report and the mother-of-two still hasn’t met the woman her children spend half their time with. The Southern Charm star has discussed taking matters into her own hands and is likely planning to reach out to her ex’s new fiancée.

Thomas confirmed in October that he had indeed proposed to the mother of his third child, Jonathan Jackson Ravenel, but according to a source, Kathryn and Heather still haven’t met.

“Kathryn has still not met Heather but she would like to get to know her and has talked about reaching out,” the source told The Sun.

“This is a woman who is going to be a huge part of her children’s lives and Kathryn knows nothing about her,” the source added.

If fans recall, Kathryn was also surprised by Heather’s pregnancy and was informed via text message from her attorney, which was featured on the show. Before she received confirmation, the reality star revealed on the November 12 episode that she did have suspicions.

“A while back, I found a positive pregnancy test at his house and he was like, ‘wasn’t me, must have been someone else,’” she claimed.

She also went on to say, “I had heard that he had been spotted at an OBGYN with a girl who was showing. It’s not a normal thing.”

Leading up to the bombshell revelation, the reality star was actually staying with Thomas in his Charleston home while her townhouse was being renovated. At one point, she revealed she had even been considering a potential reconciliation with the father of her two children, Kensie, 6, and Saint, 5.

“I guess it could work out, I wonder if it will,” Kathryn said on the show. “The thought has run through my head more than a few times.”

Obviously, that idea was quickly shut down once Kathryn got the pregnancy news and the now platinum blonde beauty is tired of being left in the dark about so many monumental things that ultimately affect the lives of her children.

“She didn’t know about the pregnancy for months and only found out about the engagement from an online news article,” the source alleged.

However, as far as the pregnancy is concerned, Thomas has claimed that he wasn’t maliciously keeping the news from his former lover, but rather attempting to protect his privacy.

“I didn’t say anything to Kathryn because I didn’t want the entire world to find out within 12 hours, because I knew she would tell everybody,” he alleged.

As Reality Blurb previously reported, Thomas and Kathryn are locked in yet another custody battle and the court documents show that Thomas is making several serious allegations about the star, including cocaine use when the children are in her care. However, the source says Kathryn is strong and will fight for her kids until the end.

“Kathryn is adamant she’s going to get through this like she has in the past, and she will do whatever she needs to do to keep her kids,” the insider explained.

She’s also apparently taking Thomas’ latest accusations with a grain of salt and has even volunteered to take drug tests if necessary.

“She says people can say whatever they want about her, she doesn’t care anymore, she’s just focused on Kensie and Saint,” the source revealed.

Despite his latest claims, Thomas is apparently open to Kathryn meeting Heather. According to a source close to the former politician, “if [Kathryn] does indeed wish to meet her,” then he’s happy to make that happen before the wedding. The insider claims that as a mother, Heather understands why Kathryn would like to meet her and she remains “neutral” on the matter.

“With respect to Kathryn and Thomas’ issues, Heather prefers to stay neutral on the topic. She’d have no problem talking to her,” the source claimed.

This latest custody battle is ongoing and Thomas and Heather are planning to move to his new $1.8 million home in Aiken, South Carolina, which happens to be almost 150 miles north of Charleston.