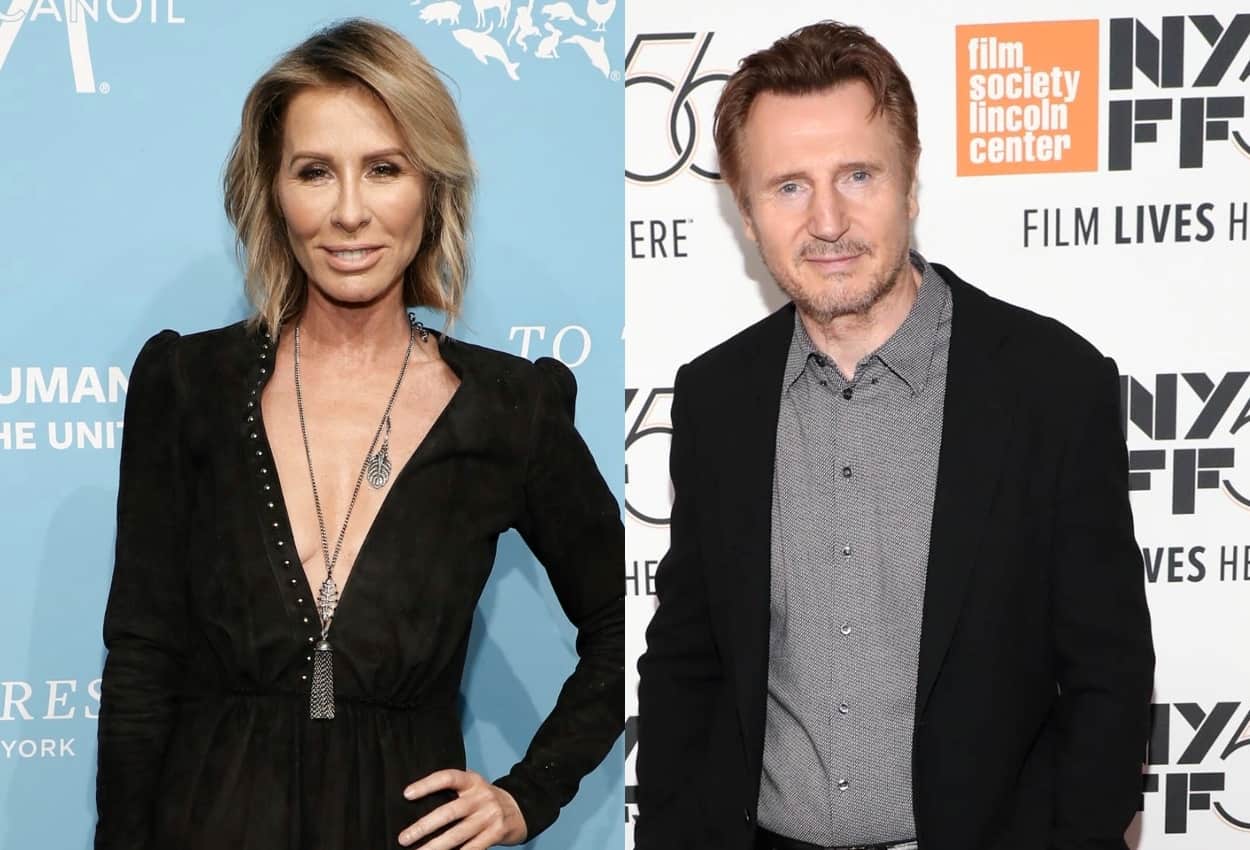 A Real Housewives of New York City x Hollywood crossover? All things are possible at an Andy Cohen Christmas party.

That’s the tea according to former RHONY star Carole Radziwill, who recently revealed the details of catching actor Liam Neeson under the mistletoe at one of Andy’s holiday parties “eight years ago.”

“I met him at a Christmas party one night and my knees buckled. If I knew how to swoon, I would have swooned. And it’s not because he’s a movie star. If you’ve met one you’ve met them all, and I’ve met more than my share,” Carole wrote in an essay for Town & Country magazine. “My run-in with Liam was free of controversy. It started over the eggnog. I was at Andy Cohen’s annual Christmas party, sitting on a counter in the kitchen watching the booze come and go. There were two other things you could count on at this party: the brownies will get you stoned, and one surprise guest will show up.”

Carole went on to dish about some other notable celebrity appearances, like “Madonna with her own chic entourage” attending, John Mayer coming in flannel “during his lumbersexual phase,” and Susan Sarandon chatting it up with Monica Lewinsky.

She continued about her encounter with Liam, “The height and bulk of him was overwhelming, like finding yourself at the base of a California Redwood. I don’t remember what we went on to talk about because a few moments later another man walked past in the overcrowded room and bumped me out of his way, spilling my eggnog. I don’t recall one detail about the second man. I only remember Liam. He put his huge hand on my arm to steady me, and then I could hear his deep Rob Roy Irish voice: ‘Hey, listen. If you can’t watch where you’re going I’m going to have to ask you to leave.’”

Carole noted that she insisted it was “fine” after Liam almost asked the stranger to leave Andy’s place, and then the pair began to make conversation. After exchanging a few words, Liam then went in to make a move.

“I can’t recall if there was a lull in the conversation, but I do know at one point he leaned in, ‘Would you mind if I kissed you?’ he asked. I said, ‘Sure,'” she shared. “He kissed me anyway. Not a French kiss, but a longer-than-hello one.”

After the holiday kiss, Carole reached out to her mother-in-law, Lee Radziwell, and a few other in-the-know characters to try and track down Liam. Carole received a few mentions of the movie star being spotted here and there, but nothing truly romantic came to fruition, and she shared that she “lacked the inclination to search for a man.”

The two ended up running into each other again while Carole was bartending an episode of Watch What Happens Live where Liam was a guest, but nothing came of the second chance meeting.

She concluded, “The swoon had steadied in the time since. I’d met a man twenty years younger, and he crystallized me. He was tall like Liam, and had that same sparkle in his eye. I had to slide over in the taxi and he left his clothes on my floor but he was fun. Liam, I realized, had unexpectedly crystallized something for me—while I desired a manly man, I did not need one. And that, ladies, is a world of difference.”