by Emily Campbell May 19, 2021 105 comments
ShareTweetWhatsappPinterestRedditTumblrMailFlipboard 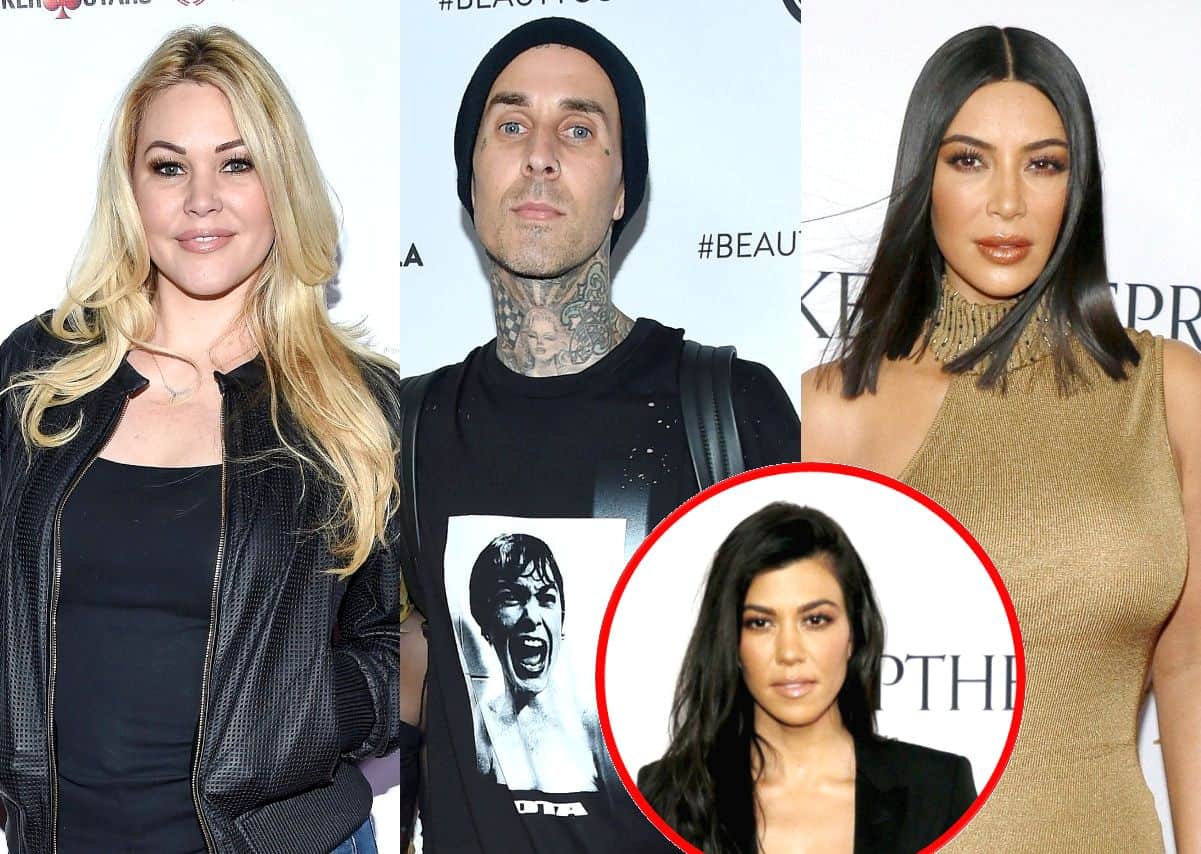 Shanna Moakler claims she and her ex-husband, Travis Barker, divorced after she “caught” him having an affair with Kim Kardashian. Now, Travis is currently dating Kim’s older sister, Kourtney Kardashian.

Shanna was married to the former Blink-182 drummer from 2004 to 2006, but she says his infidelity, including an affair with the Keeping Up with the Kardashians star, is what led to their divorce.

‘I divorced my ex because, I saw them — I caught them having an affair,” she told Us Weekly on May 18.

Shanna went on to say she “saw text messages” the two exchanged during the alleged affair, which took place prior to the KUWTK premiere in 2007. According to the former Miss USA, she and Kim shared mutual friends, and it was those friends who told her Travis was cheating.

“They sent me all their [text] conversations and I’m also close friends with people who were there, while things were happening,” she explained.

Shanna said Travis met Kim through Paris Hilton as Kim was still working as the socialite’s closet organizer at the time, but he later asked the Skims founder to model for his clothing line.

“[Travis] had already had an affair with Paris Hilton,” she alleged. “And… at the time Kim was Paris’ closet organizer, they were best friends. And he started using [Kim] as a model for [his clothing company], Famous Stars and Straps.”

It’s interesting because in Travis’ 2015 memoir, Can I Say: Living Large, Cheating Death, and Drums, Drums, Drums, he actually referenced his infatuation with Kim, calling her Paris’ “closet girl.”

“I kept on secretly checking out Kim, telling Lil Chris, ‘I don’t care if she’s the closet girl, she’s f*cking hot,’” he wrote in the memoir. “We went to dinner, we went to lunch. You might think I would be doing the worst things with this girl because of her tapes, but it was the exact opposite of any other encounter I’ve had with a woman: with Kim, I wanted to be nothing but a gentleman to her. It was so weird.”

Despite his feelings for Kim, he denied ever hooking up with her, which Shanna alleges is “100 percent” a lie.

As fans likely know, Travis is currently dating Kim’s older sister and co-star, Kourtney, and Shanna believes the romance is very “weird.” She went on to say that during Travis and Kim’s alleged affair, he “didn’t even know Kourtney existed.”

Meanwhile, sources close to Kim recently confirmed that she met the rocker through Paris, but they said the star never had an affair with Travis.

“Travis and Kim have never had a romantic relationship,” the insider told Page Six on Monday. “They were friends who met through Paris Hilton and that is also how Kourtney and Travis were introduced.”

The final season of Keeping Up with the Kardashians is currently airing on Thursdays on E! at 8/7c.