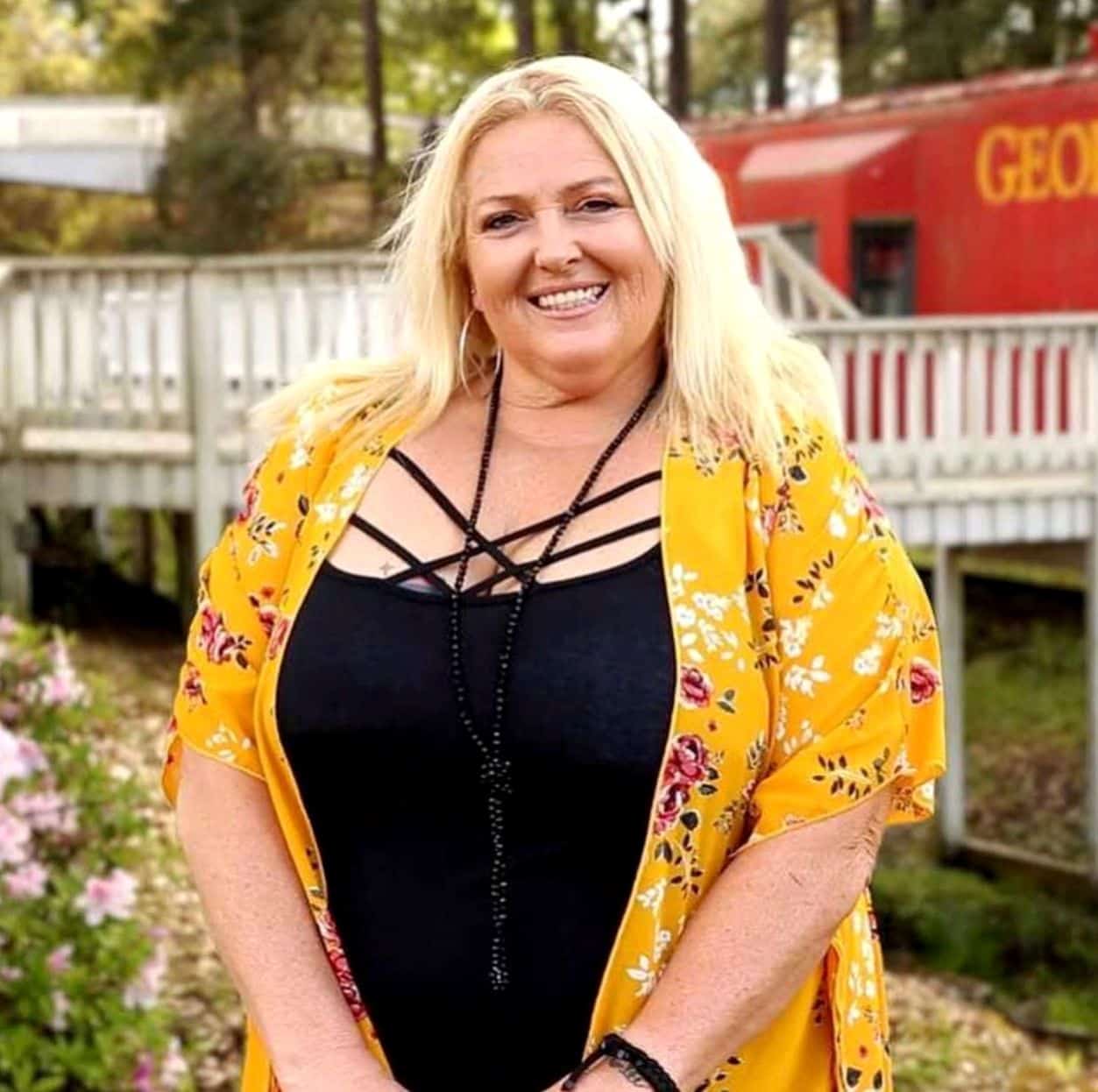 The 90 Day Fiancé star made headlines after sharing a selfie while on her way to an event in Las Vegas. In the photo, the 56-year-old’s face appeared much slimmer as she flashed a big smile while wearing a white halter top, which she paired with neon pink earrings.

“Going to Osaka in Las Vegas for My Nick Hogan birthday dinner,” she captioned the pic on July 31.

Fans immediately took notice of the drastic change, and the photo has since garnered over 63,000 likes with a slew of fire emojis in the comments section. However, not everyone was concerned with her new look. One Reddit user wrote, “You can polish a turd. Doesn’t change the fact that it’s a turd.”

As fans of the show well know, soon after Angela married her Nigerian husband Michael Ilesanmi in early 2020, she began to make changes to her appearance by having liposuction, a breast reduction, and gastric sleeve surgery according to Heavy.

Though Michael did not approve of her going under the knife for gastric sleeve surgery, she went ahead with the procedure anyway, explaining she wanted to be healthy for both herself and her family.

“I couldn’t even walk in the grocery store with the kids to get groceries, I was out of breath,” she told Us Weekly earlier this year.

She added, “There’s benefits behind doing it for myself because it also benefits the grandkids being around me longer and [Michael] and I being together longer. I did it for myself to stay alive…and [to] benefit the ones I love.”

Speaking of her grandkids, fans first noticed Angela’s weight loss back in November when she shared a photo on Instagram after hosting a joint birthday party for her granddaughters, Ana, 6, and London Rae, 8.

Then, when she celebrated her own birthday in December, it was very apparent that the reality star had dropped a significant amount of weight.

It’s unclear just how many pounds Angela has dropped thus far, but she previously discussed the journey on 90 Day Fiancé: Happily Ever After?

“After the third month, I’ll drop about a hundred and something pounds,” she revealed.