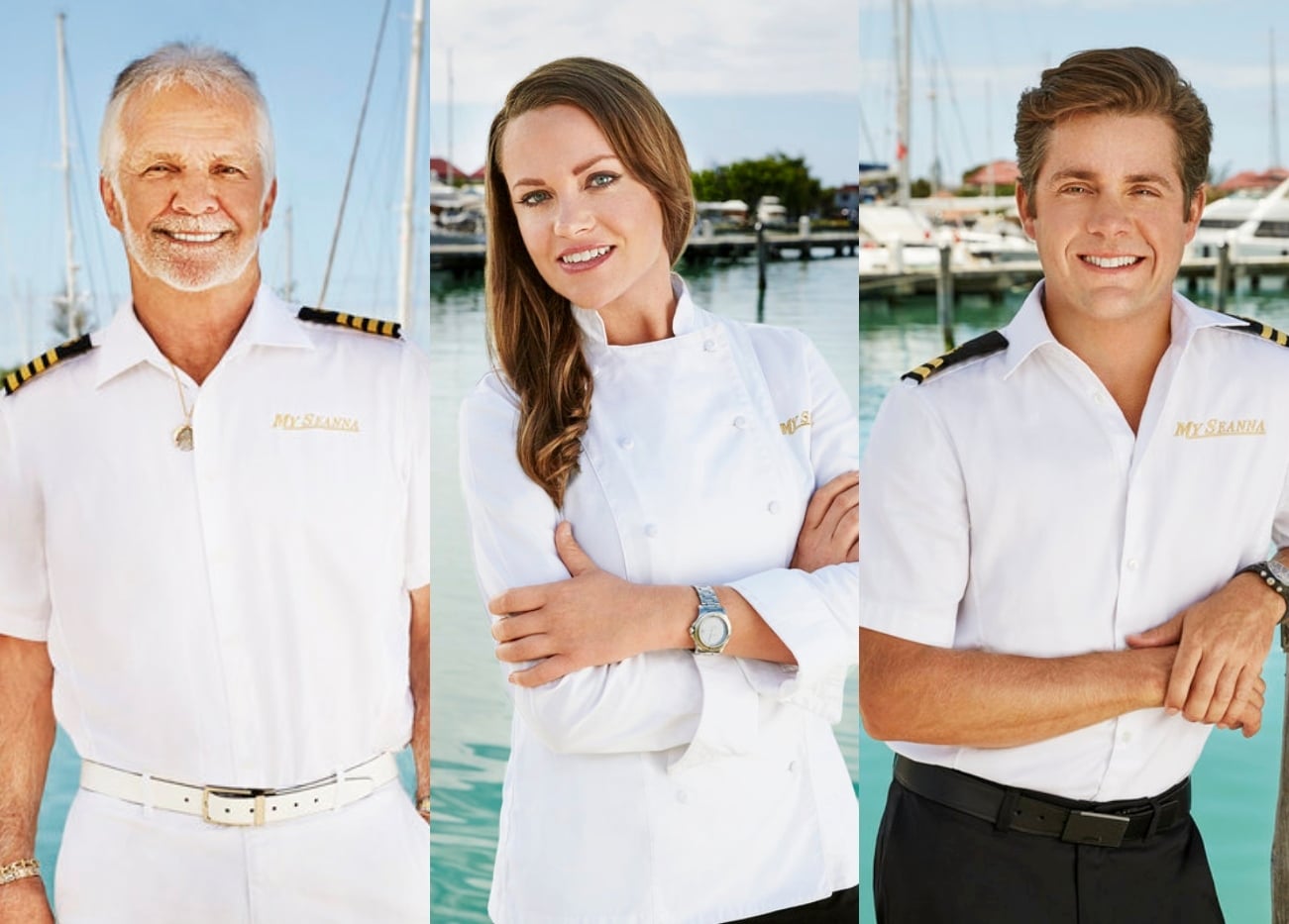 There are a couple of familiar faces in the newly released Below Deck season nine trailer, but the boat leaves the dock without Captain Lee Rosbach on board.

Chef Rachel Hargrove and First Officer Eddie Lucas are officially back for another season while a new captain is introduced due to an unexpected circumstance involving fan-favorite Captain Lee.

The trailer, which dropped on August 19, begins with a “serious conversation” between Lee and Eddie.

“We have to have one of those serious-type conversations,” Lee seemingly tells Eddie over the phone, to which Eddie responds, “Is everything alright?”

“I had a condition,” Lee reluctantly says. “The whole boat is your ballgame now.”

The new captain, Sean Meagher, who likes to lead with a “hands-on approach,” is introduced as Eddie explains, “We’re leaving the dock with a new captain, new crew, tensions are high.”

Soon after, the clip cuts to the super talented chef, Rachel, who often finds herself in trouble due to her vulgar mouth.

“Let’s go f*ck this charter in the face,” she tells the camera.

Next, viewers meet chief stew Hannah Chase, who isn’t afraid to put her stews “in line” when necessary.

As for Jessica, it’s possible that she and deckhand Wes O’Dell could find themselves in a full-on boatmance as the two share a quick kiss before Jessica claims she can “show him a thing or two.”

A season of Below Deck wouldn’t be complete without some wild charter guests, and it seems the crew is forced to deal with a few guests “on a rampage.”

“Go f*ck yourself and throw yourself off the boat,” one male charter guest says to what appears to be his significant other.

Then, Captain Lee finally makes his grand entrance after Eddie manifests his return.

“I might be a little late, but I’m definitely back,” Lee says of his return.

Of course, there’s also plenty of drama as the teaser shows Rachel confronting Eddie about some of their issues last season.

“Alarming things were said on your behalf viciously attacking my integrity and character,” Rachel tells Eddie before stew Fraser Olender points out that a “volcano is about to erupt” between the two returning cast members.

Finally, after Eddie admits that Lee would even fire him for not doing his job properly, the captain is seen sending a crew member packing.

“If I have to do your job, what do I need you for? Pack your bags,” Captain Lee demands.