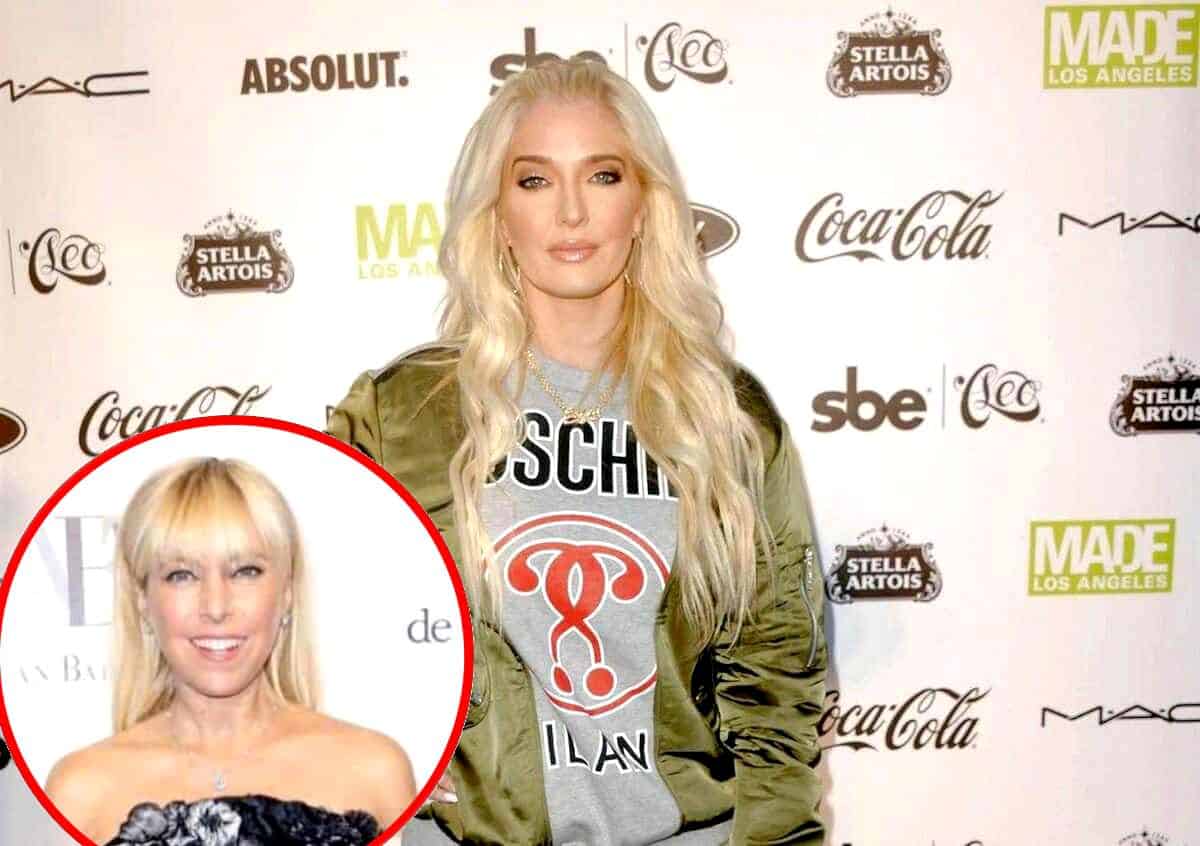 Erika Jayne is addressing the latest rumor she’s heard about herself and maintaining her innocence via Twitter following her toughest Real Housewives of Beverly Hills episode to date.

Viewers watched as Erika was grilled by her co-stars about her involvement in Thomas Girardi‘s alleged misdeeds while attending Christmas dinner at Kyle Richards‘ house. The “XXpen$ive” singer appeared broken as she attempted to answer some of their hard-hitting questions, but she maintained that “nobody knows the answer but [Thomas].”

Not surprisingly, the reality star was also taking hits from fans via social media as the episode aired, and though she didn’t respond to the haters, she did respond to a few supportive fans.

One person asked her, “Darling, how are you involved in any of this?” Erika responded by referring back to her answers on the show, denying she had any knowledge that Thomas was allegedly embezzling money from his vulnerable clients. 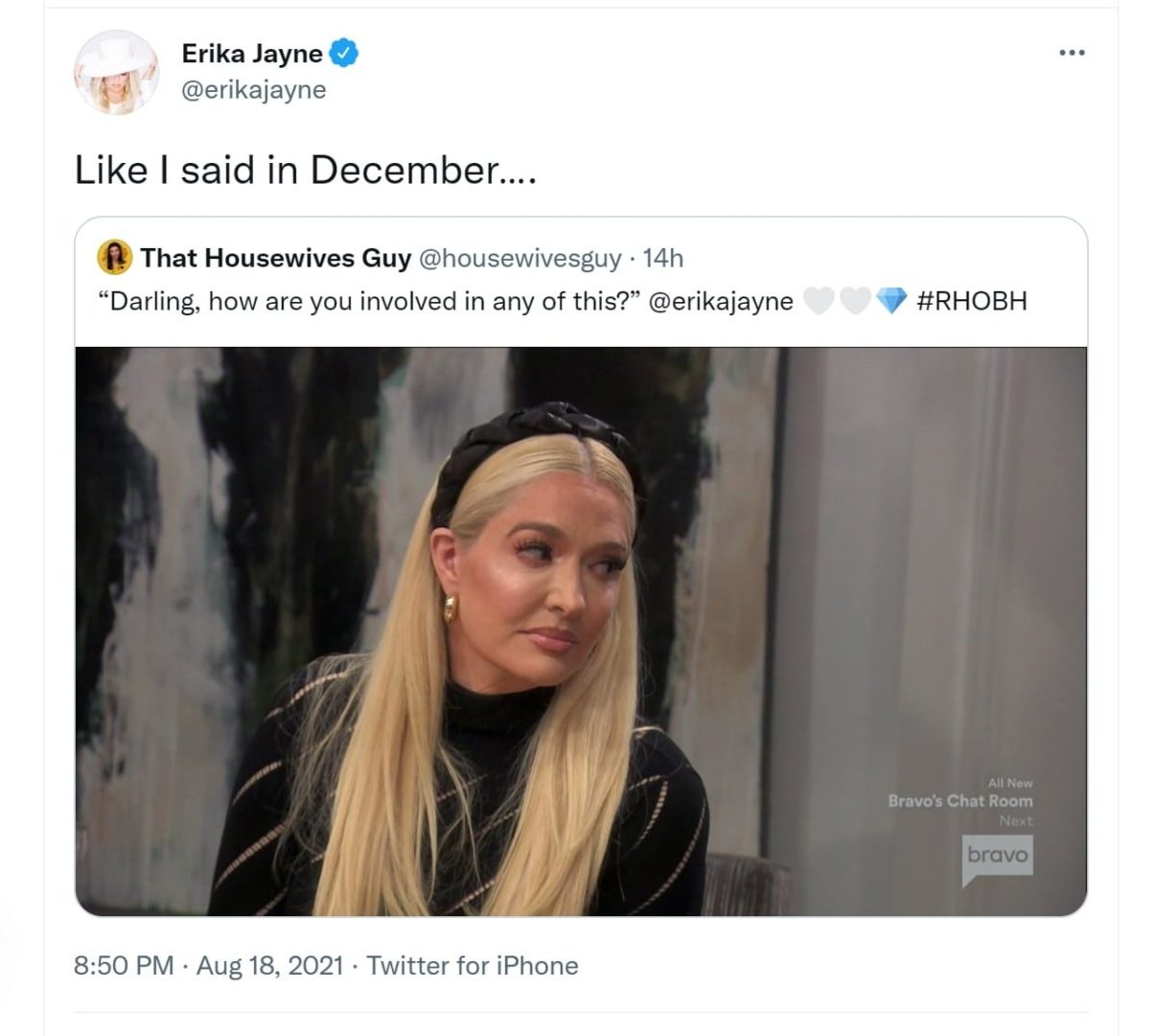 Another fan doubted that Erika will stick around for the rest of the season after the Pretty Mess author’s friends “accused” her of such “hurtful” things.

“Soooo we probably are not seeing [Erika] the rest of the season and I honestly don’t blame her,” the person expressed. “Going through being questioned, and low key accused at what is supposed to be a table of your friends is f*cked up, and hurtful.”

But Erika said she didn’t run for the hills, tweeting, “[I’m] there till the end.”

Meanwhile, she also shared the latest “funny” gossip she heard about herself following rumors that she invested $5 million dollars into Lisa Rinna‘s beauty brand, which both she and Lisa have since denied.

“I heard the funniest thing today, not only have I allegedly invested in Rinna Beauty but also invested in Sutton Concept store…. Obviously neither is true,” she wrote before tagging Lisa and Sutton [Stracke] in the tweet and adding an eye roll emoji.

It’s unclear where this alleged rumor came from or why anyone would think Sutton would be in business with Erika, especially since the former ballerina’s attempting to keep her distance from her embattled co-star.

As for Lisa’s part, she shut down the rumor involving her business when she appeared on Watch What Happens Live last week.

“She did not invest in my makeup line, let’s get that really straight right now!” Lisa declared before adding, “That was a very terrible rumor. I mean, I would never borrow money from anybody. I have a partner that I’m in business with. Erika did not give me a dime.”