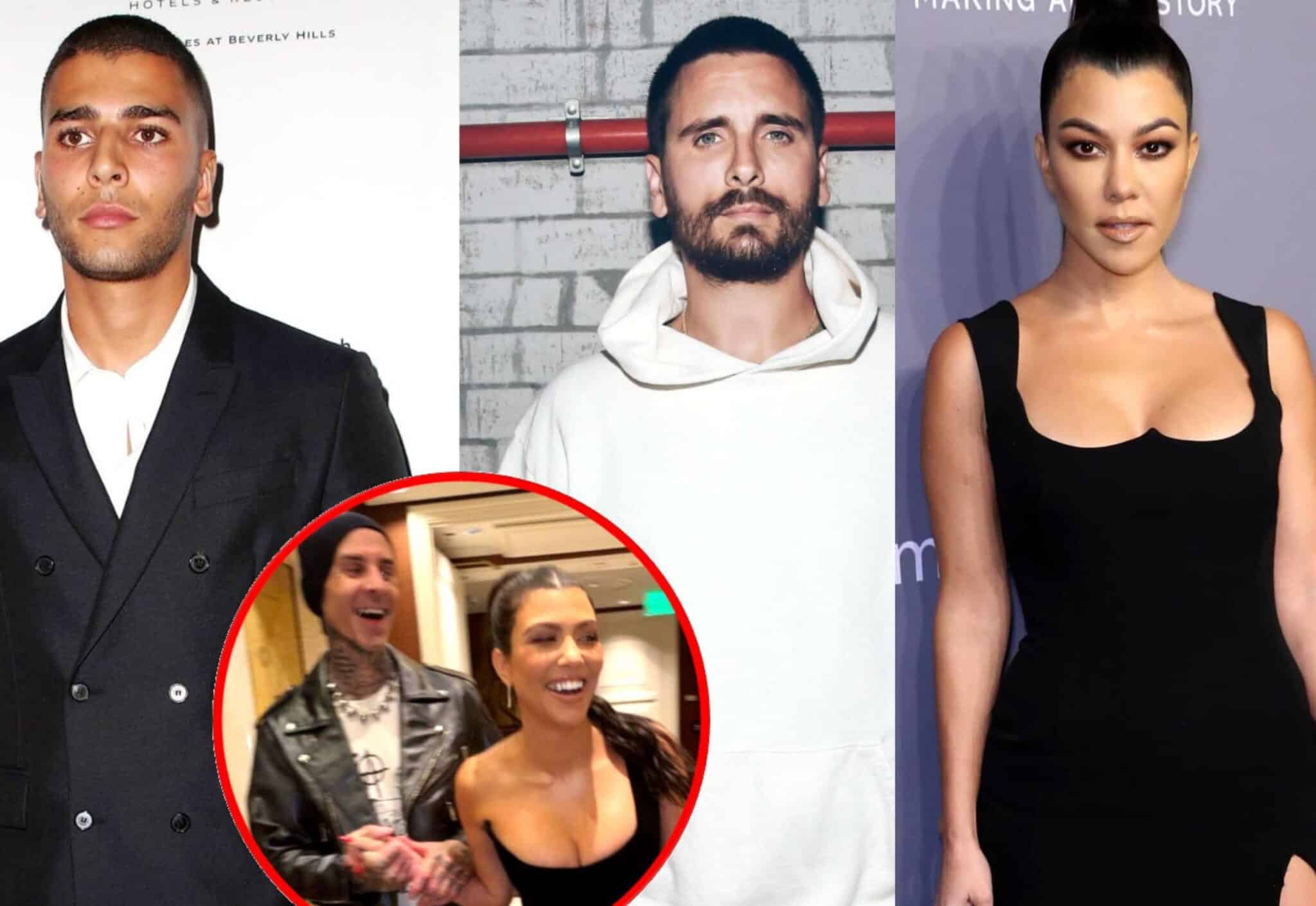 Scott Disick is seemingly bothered by Kourtney Kardashian‘s whirlwind romance with Travis Barker as the Keeping Up with the Kardashians star has allegedly been exposed for complaining about the couple’s PDA.

While members of the paparazzi continue to capture steamy photos of Kourtney and Travis as they travel the world together, it seems Scott isn’t feeling his ex’s behavior. In fact, Scott, who shares three kids with Kourtney, allegedly reached out to Kourtney’s ex-boyfriend, Younes Bendjima, for support. However, that plan seemingly turned into an epic fail.

Unfortunately for the Flip It Like Disick star, Younes didn’t quite agree with his opinion regarding Travis and Kourtney’s public makeout sessions, and the model subsequently put Scott on blast via social media.

On August 30, Younes took to his Instagram Story to share a screenshot of the alleged exchange he had with Scott, which was captured by Bravo and Cocktails.

“Yo is this chick ok!???? Broooo like what is this. In the middle of Italy,” Scott asked Younes in a direct message according to the screenshot. He also included a photo of Kourtney straddling and kissing the Blink-182 drummer in what appears to be an inflatable boat.

But, an unbothered Younes responded,  “Doesn’t matter to me as long as [she’s] happy. PS: [I] aint your bro.”

He also added a caption over the screenshot, which read, “Keep the same energy you had about me publicly, privately.” 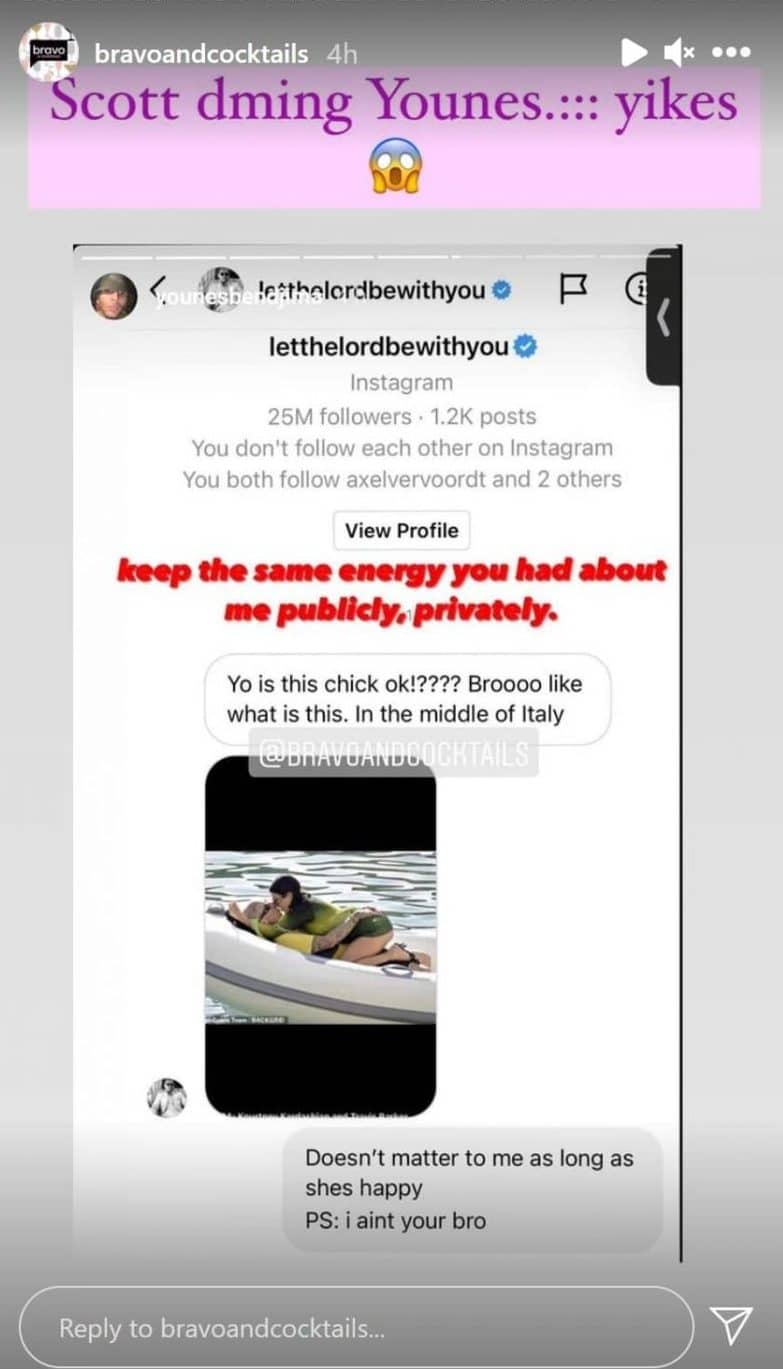 The 28-year-old model wasn’t finished just yet, though, as he also added another slide to his Instagram Story that read,  “Couldn’t miss this one. He been playing around for too long, [tried] to stay quiet and be the nice guy.” 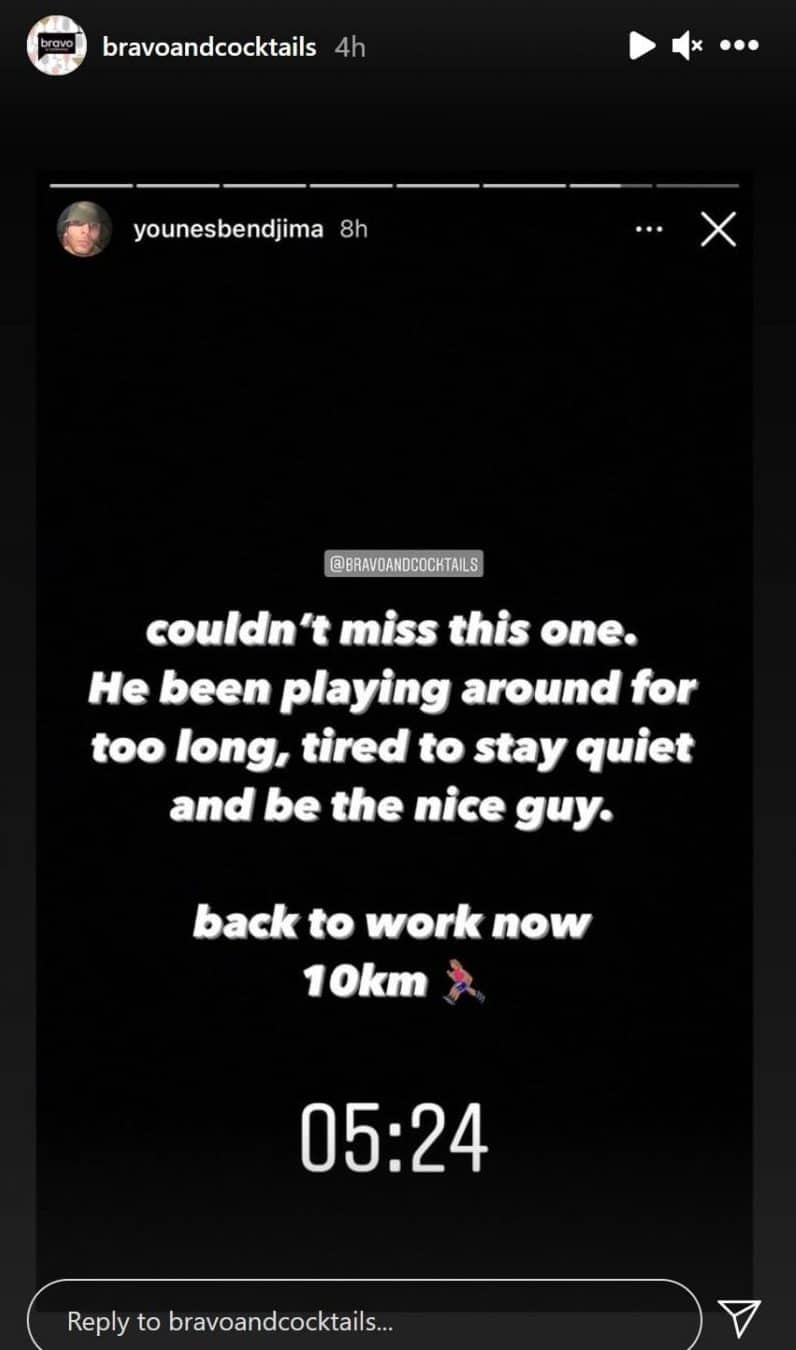 It’s possible that Scott surmised that Younes would have his back due to the previous shade he appeared to throw Kourtney’s way in April after she shared a photo of herself kissing Travis while wearing a thong.

“Shamelessness has become so normal in today’s society that modesty has become strange,” he wrote in a since-deleted post per Page Six.

Younes and the mother-of-three reportedly dated from 2016 to 2018, but they split after their own vacation in Italy. If fans recall of the romance, Kourtney tried to keep their relationship under wraps for a while before officially going public.

As for Scott, he’s been dating Real Housewives of Beverly Hills star Lisa Rinna‘s 20-year-old daughter, Amelia Hamlin, since October. And while Scott allegedly has plenty to say about Kourtney’s relationship with Travis, Lisa hasn’t always been the biggest fan of his relationship with Amelia.

“Why can’t it be Harry Styles? Why the f–k is it Scott Disick?” she quipped on a recent RHOBH episode.