Home Real Housewives of Beverly Hills News Erika Jayne’s Ex ‘Image Maker’ on What He Witnessed About Her Marriage to Tom Girardi, Who Signed His Checks, Plus What Caused Falling Out With RHOBH Star

Erika Jayne’s Ex ‘Image Maker’ on What He Witnessed About Her Marriage to Tom Girardi, Who Signed His Checks, Plus What Caused Falling Out With RHOBH Star 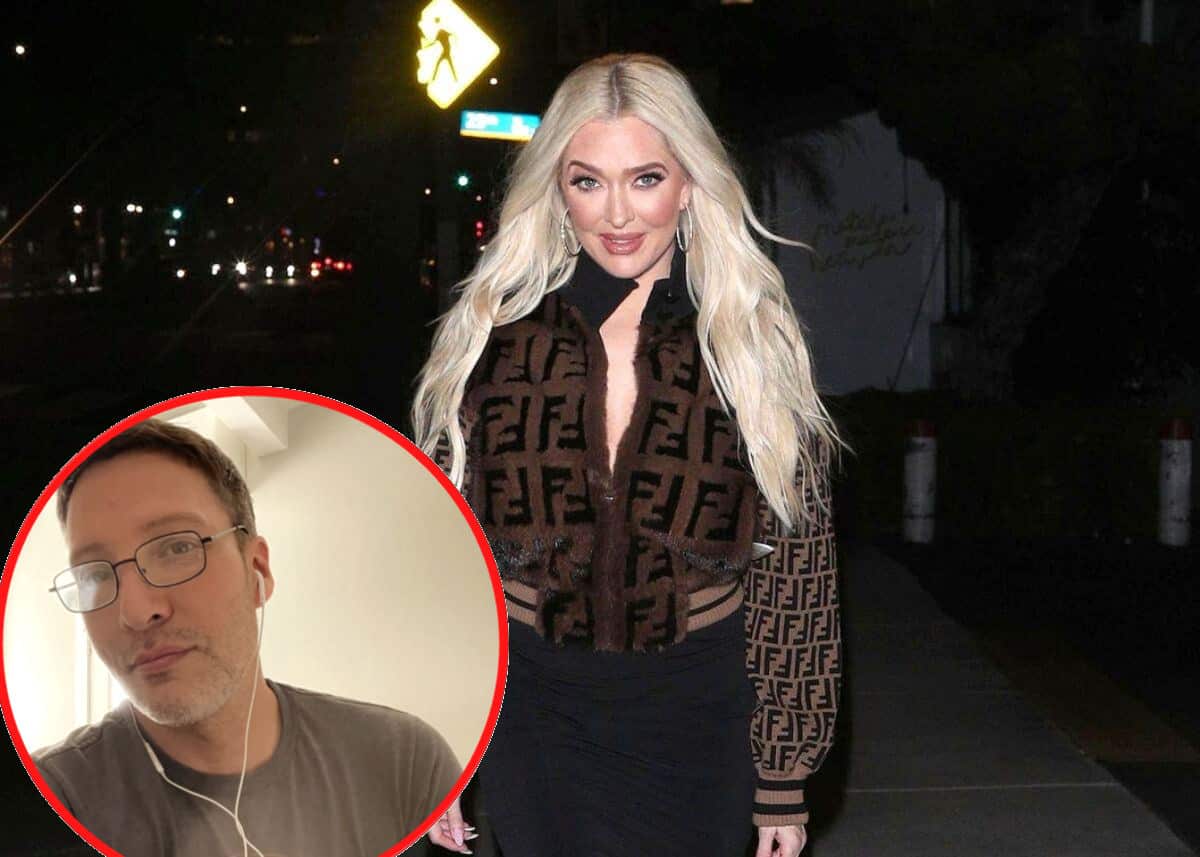 Erika Jayne‘s former makeup artist, who helped create her alter ego, is opening up about working with her and sharing what the dynamic was like between Erika and Thomas Girardi before detailing his falling out with the Real Housewives of Beverly Hill star.

Troy Jensen, who has worked with the likes of Kim Kardashian, Mariah Carey, and many other uber famous celebrities, began working with Erika ten years ago after he was brought in by the star’s longtime glam squad leader, Mikey Minden. Erika had not yet joined the  Real Housewives and was just launching her career as a pop star, so Troy was hired to essentially help create her image.

“I wasn’t just her makeup artist. I oversaw pretty much everything creative,” he shared with Heather McDonald on her Juicy Scoop podcast earlier this week. “[I did] her photography, I was overseeing the development of her website., her merch, even the logo that she still uses today. That was what I was brought in to do, [create] her image.”

According to Troy, he was paid exceptionally well for his work with Erika. So well, in fact, that he began alienating himself from other clients because the pay was just “so great.”

As for who was signing his paychecks, Troy said Thomas was always the one to pay him, and while he was used to waiting 30 to 60 days for other clients to pay up, Thomas always had a check ready within a matter of days.

As fans well know, Thomas has been accused of embezzling millions of dollars from his former clients, including orphans and widows, in order to fund his and Erika’s lavish lifestyle. And lavish it certainly was according to Troy, who claims Thomas spared no expense when it came to Erika’s career.

But, Troy claimed Thomas and Erika’s relationship didn’t seem like a romantic one at all, stating it felt like “an arrangement” to him. Furthermore, he alleged that the pair were actually quite “competitive” with one another as he reflected on a quick conversation he heard the couple having prior to one of Erika’s concerts.

“I remember one time when they were together, and we were maybe getting ready for a show or whatever, and he came in and was like, ‘Hey how’s it going?’ And she goes, ‘How was your day, dear?’ And he goes, ‘Oh, I made $3 billion dollars today, how ’bout you?’ And she said, ‘Oh, I sang in front of 3 billion queens today,’ Troy recalled. “It kind of almost felt a little competitive.”

When asked if the “Pretty Mess” singer had a boyfriend at the time he was working with her, he chose to play coy.

“I’d rather not comment on that. I take the fifth on that,” he said.

Troy went on to claim that the star’s career as Erika Jayne was ultimately the real love of her life.

“I worked with her very closely so I got to know her very well. And I got to know her, and her dynamic, and this Erika Jayne project was probably the most important thing to her,” he explained. “More than anything! More than probably her marriage, more than anything that she was doing. This was something I think she always wanted to do, and I think for whatever reason, Tom gave her this opportunity with sparing no expense.”

Nevertheless, all good things must come to an end, and Troy was seemingly fired after he, Erika and Mikey came to blows. According to Troy, he felt disrespected after Mikey disapproved of a look he styled for the “XXpen$ive” singer, causing him to lash out at Erika.

“I said some really terrible things,” he confessed. “I said, ‘You’re a wannabe pop star and you buy your way to the top!'”

Though he later apologized to Erika, with her allegedly accepting his mea culpa, Troy never worked with the star again.