RHOSLC Premiere Recap: Meredith Confronts Lisa Over Friendship With Jen, Will She Forgive Jen After Mean Tweets About Brooks? Plus, Jennie Shares Her Story 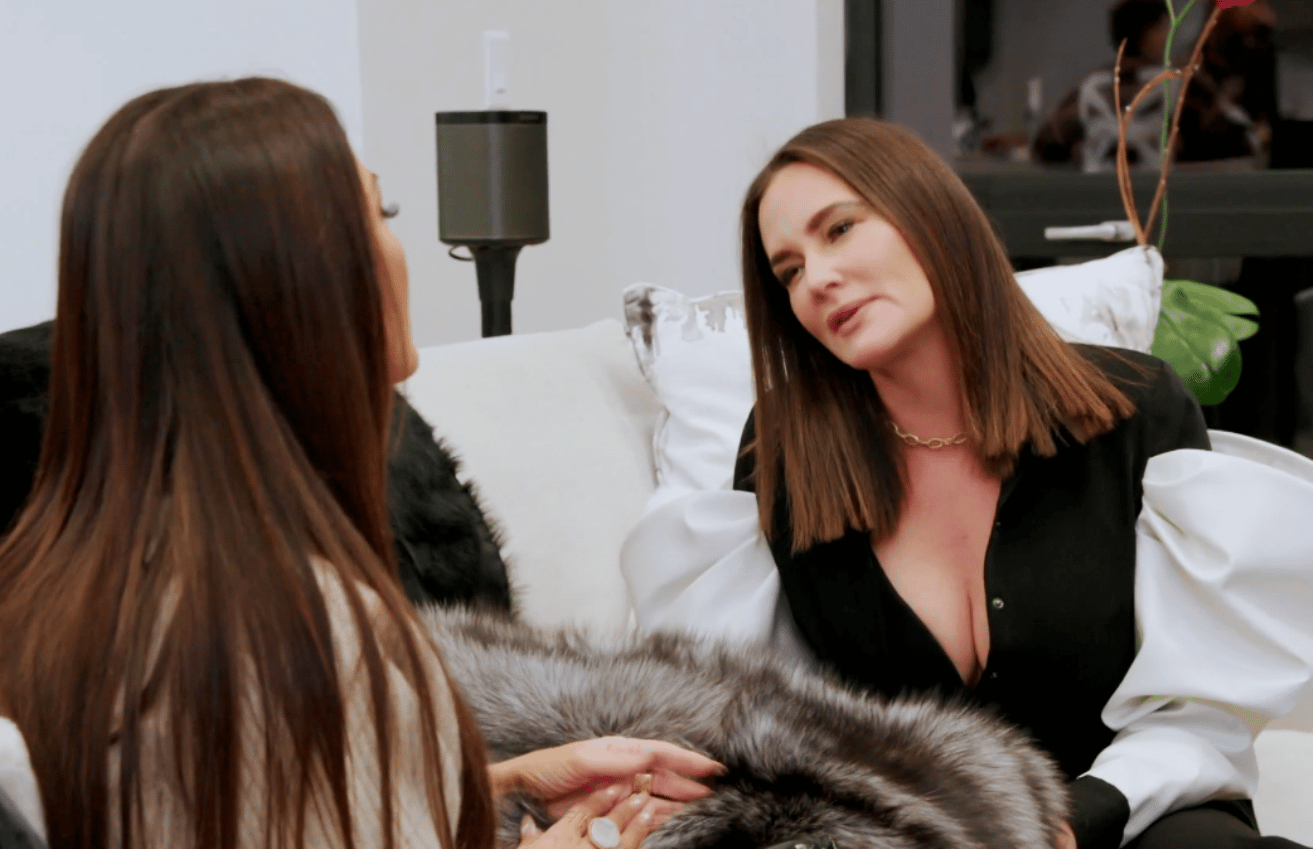 It’s snowtime! Season two of The Real Housewives Of Salt Lake City is here, and let me tell you, it’s SHAHmazing… After getting a peek of what’s to come with Jen, her infamous braids, and the bombshell fraudulent charges, it is clear that this season is going to be a wild one.

The season premiere kicks off two months before ALL of the Jen Shah drama. We are going back in time to Park City, and we get a glimpse inside the Shah chalet, 2.0. Lisa rolls up for a visit to check out Jen’s new crib. The women have formed a nice little relationship despite what the other cast members may feel about it. Jen shows off the exercise room that she has since turned into a CLOSET (I am sure the feds are drooling over this footage today), and she gets real with Lisa when she explains that the last six months have been rough for her.

Sharieff and Jen almost got a divorce. Jen states that Sharieff felt like he was the problem, and so he went ahead and spoke to a divorce lawyer. Jen owns the fact that her anger and lashing out was Sharieff’s last straw… but could it be that Coach Shah saw the writing on the wall for Jen and wanted out à la Erika Girardi?

Jen explains that she was resentful of Sharieff after her father died, but she acknowledges that being married to a coach is a tough life. Since the dark period, they have decided to go to couples’ therapy, and she feels as though she is in a place of peace. Jen wishes this was the case within their friend group, particularly with Meredith. Lisa is stuck in the middle as she is trying to protect her 10-year friendship with Meredith while spending time with Jen.

Meredith’s new house is to die for, as are most of the things in Meredith’s life. Heather comes straight to Meredith’s right off the slopes. Meredith lets Heather know that despite last year’s hiccups, things are good with her husband, Seth, and they have come out on the other side. Heather takes over the convo, and we hear about her eldest daughter’s issue of choosing her college… and BYU doesn’t seem to be an option…

A hot tub party for all of Whitney’s stepsons, who are just about the same age as her? WEIRD. Whitney shares her Wild Rose brand ideas with her family, and she is thrilled that she will be making her own money and will not necessarily have to, er, *service* her hubby to get what she wants.  Her words, not mine. They throw back shot after shot, and it’s not entirely shocking that she drops the cake not once but three times. Some role model.

Mary’s husband got stuck in Florida for the first six months of COVID, and her son didn’t want to talk to her sooo… as Mary explains, “I started talking to myself.” Oh, Mary. Luckily, she had the bright idea to take on a podcast, and she does a fine job of bossing around her “friends” during the recording. I think we just witnessed a prayer battle.

Faith Temple Church looks like it has been frozen in time, and Mary explains that she has been missing it.  Especially because she believes her son could use a little bit of a focus. On the podcast, Mary says that she does not trust human beings and can only get the love she needs from the Lord as she was “born for God.”  She tearfully states she is here on this earth to spread the gospel… and to apparently smoke a little weed.

Enter the newest housewife, Jennie. The connection is Lisa, and Lisa enters the Nguyen home as if they have been friends for 10 years… cuz they have been. Jennie came from Vietnam and she tells the tale of getting to the USA via boat. It is WILD to hear the boat was captured, and then they were sponsored by the Christian church, which eventually led them to freedom.

Jennie’s husband, Duy, is a chiropractor, and she explains that she fell in love with him from the neck down…since she wasn’t so into his face. OUCH. But 14 years later, they are still married. Lisa and Jennie reminisce about how they met while Duy adjusts Lisa’s son’s back. #normal.

NOT THE AUNT THAT MADE JEN SMELL LIKE HOSPITAL. She’s baaaack. Jen corrects the world that her aunt smells like “’spensive” perfume.  The whole fam is visiting the chalet in celebration of her 27-year-old son’s birthday (yes, Jen actually had to do the math via iPhone calculator to figure out his age). I am more concerned about the number of people in that house — hello, COVID!

It’s finally time to get the group together, and they gather for some girl talk. They get right down to business, and Meredith shares that her father has passed away.  She becomes emotional talking about his downfall, and Heather, Mary, and Whitney give their condolences.

We hear about the rift in the group as Heather has not spoken to Lisa and Jen for quite some time. Heather shares that she wants to apologize to Lisa, but she is not working to befriend Jen again. Jen has called Heather a racist on social media, and Mary explains that when people show you who they are, believe them.

Meredith jumps in and explains that Jen has been liking and reposting negative, homophobic comments on social media about her son, Brooks. Meredith states she doesn’t want an apology — she wants an apology to her family as Brooks hasn’t even spoken to *her* about his sexual preference. Rude. Doesn’t Jen know the unspoken housewife rule? Never go after the kids!

Whitney wants to know how much it irritates Meredith that Lisa is buddy-buddy with Jen after all the sh*t she posts. To that, Meredith retorts, “Honestly, Jen probably needs a friend right now and it’s not gonna be me.”

Later, at Meredith’s house, they are busy prepping for a Shabbat dinner with the Barlows. Meredith has decided to do this to honor the passing of her father, and despite Lisa forming a friendship with Jen, she just wants to feel supported by Lisa at this time.

Lisa, who once practiced Judaism but has since converted to Mormonism, explains, “Jesus loves us, God’s the judge of us,” and it doesn’t matter her religion right now. Lisa wants to be sure her relationship with Meredith stays strong and states that this whole situation with Jen is weighing on her. Meredith tells Lisa that Heather wants to apologize to her, which is a great step in the right direction for their relationship, but when Lisa tells Meredith she needs to do the same thing with Jen, Meredith stands her ground. Meredith gets heated and Lisa hopes that she can get Jen to make an honest apology. Lisa makes excuse after excuse for Jen, but Meredith reminds her that Jen seems to have “an unwarranted vendetta against” her family.

As the challah bread rises, so do the voices. Meredith reminds Lisa of all of the horrible things Jen has done, and Lisa reminds Meredith that she, too, has been hurt, but by Heather. Lisa helps Meredith remember that Jen was humiliated after Brooks told the world he saw Jen’s vagina. Lisa realizes she cannot win this argument or reach a truce, so she just does her best to brush it all under the rug, the same way she does all of the mean tweets and comments made by Jen about Brooks.

They manage to toast to Meredith’s father over some prayers, but after seeing the season trailer, it seems like they’re gonna need a whole lot more Manischewitz to fix all the issues in this group.