Home Real Housewives Of Salt Lake City News RHOSLC Recap: Heather Confronts Jen Over Comments She’s Made Behind Her Back, Plus Meredith is Pissed at Jen for Liking Posts About Brooks’ Sexuality

RHOSLC Recap: Heather Confronts Jen Over Comments She’s Made Behind Her Back, Plus Meredith is Pissed at Jen for Liking Posts About Brooks’ Sexuality 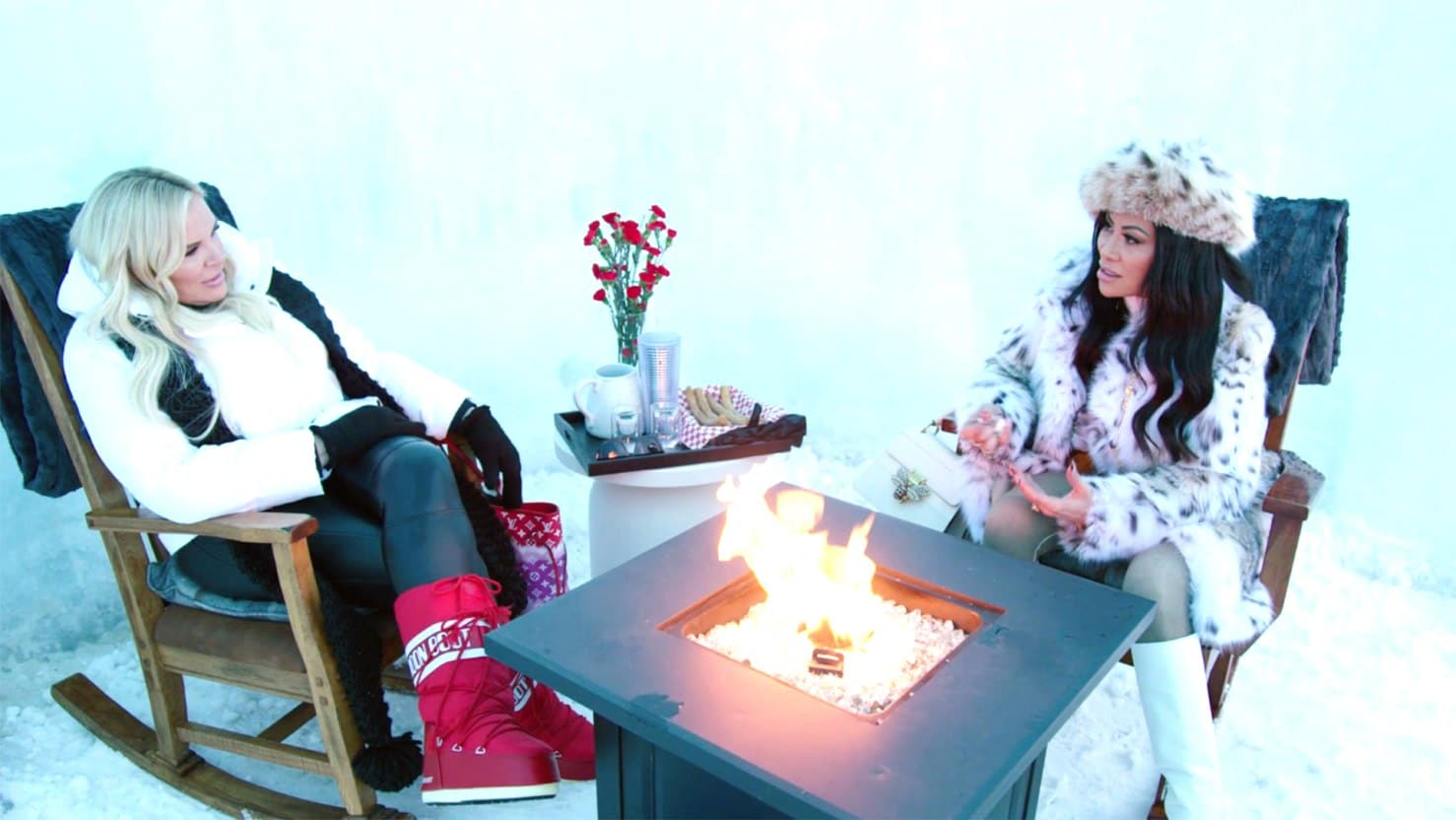 On this episode of The Real Housewives Of Salt Lake City, there are fires to be put out in friendships. Some are worth saving, while others are just meant to fizzle out on their own. Interesting how Jen Shah is involved in all of the drama!

Jen has a first assistant. And a second assistant. And a closet full of so much sh*t that even her nephew, Dwayne, says it’s too much. Perhaps Jen should heed his advice: “Give some of this to the Goodwill, Salvation Army.”

Jen takes this opportunity to let her nephew know that with Ramadan coming, she has been doing a lot of reflection. Jen likens herself to Superwoman, but she lets Dwayne know that she didn’t always do what is right. She understands that actions speak louder than words, and so she has chosen to FaceTime with Heather. Jen has high hopes of getting together with Heather after two months of not even speaking. Heather agrees to a sit-down chat to try and smooth things over. Baby steps.

OMG, Meredith’s husband, Seth, entering the house with Meredith’s jeweled mask. Seth is back from business in Mississippi and has every intention of having a nice meal with his wife, but Meredith is fired up. Brooks has revealed that Jen is still going after him on social media. Jen continues to like negative tweets about Brooks, and Meredith is p*ssed that Jen is busy labeling Brooks as gay.

None of it is Jen’s business, and I thought Jen JUST did a whole segment about how she wanted to be a better person? Retweeting something makes you just as guilty as initially posting something! How adorable is Seth thinking that there is just some sort of misunderstanding happening with Jen? Meredith means business, and she turns into Mama Bear when she defends Brooks. Welcome home, Seth!

Mary moved into her house when her son was two. He is now 18 and she wants some updates. Enter: Big Joe, Mary’s cousin. I mean, can we discuss the green carpet and the fixtures in the bathroom? After prancing around pointing out all that she would like changed, Mary shares that she feels as though her son is in his teenage phase. She doesn’t share much with him as of late except that, “If you smell fish, run!” Wow. Now THAT’S some motherly advice, huh?

I love the blind date housewife meet-ups. Lisa is bringing Jennie along to Jen’s chalet (2.0), and she is prepping Jennie on how much she is going to LOVE Jen. Side note: Jennie sings at weddings? Gonna need to see the videotape of that!

The women sit down over some snacks and Lisa informs Jen that she “broke bread” with Meredith. Meredith is a sore subject for Jen as she still can’t understand why Meredith has hurt feelings. UM, HELLO. Jen claims all she does is apologize to Meredith, but Jen clearly does not even know WHAT she is apologizing for. Lisa reminds Jen that it’s the Brooks issue that is rubbing Meredith the wrong way, and Jen shares that there would be no “motherf*cking issue” if Brooks didn’t say something bad at her vagina.

Jen shares that she is confused why it’s bad that she liked a post that was funny (to who??) about Brooks’ sexuality. I can’t help but think it’s hilarious that Jen is complaining about apologizing, considering she has no idea she’s gonna be apologizing LOTS more (to the feds). Get used to it, girl.

Heather, Mormon at heart, explains she seeks the “pursuit of excellence in all things,” especially when it comes to shopping and looking good. The cousins (aka Whitney and Heather) are out shopping, and Heather shares that she is going to lunch with Jen. Whitney is concerned that Heather may fall under the Jen spell and forgive her after all Jen has done and said about Heather. Heather claims that she is true friends with Jen, but Whitney is not buying it. She is worried that Heather will get hurt again and warns her to be careful.

Jennie has opened multiple medical clinics and realized that she was not spending time with her three kids. Therefore, she sold them all so she can do things like cook with her children. She thinks of herself more like a family housekeeper, but it’s nice to see the family sit and appreciate family time. Duy, her husband, tries to talk Jennie into having more children, but it appears as though that shop is closed.

Whitney and her children discuss a chore chart to create teamwork and help Whitney be a better mom — I mean, figure out how to have more balance. Whitney is overwhelmed with her new brand, and she is busy dreaming of creating a billion-dollar company cuz she thinks she’s Rihanna. Her husband, Justin, worries that Whitney’s working may cause stress on the marriage. Speaking of stress, Whitney reminds him that she needs sex. Two to three times a week is bad for her and Justin, and so she lets him know she needs a little attention. And she doesn’t mean “robotic sex,” ok?

It’s the day of the Jen and Heather rendezvous. Jen thinks that the ice castle is the best place to meet since there is a lot of ice between the two of them. Jen nearly takes Heather out as she slides down the ice hill into Heather, but they get cozy by the fireplace and begin addressing the issues.

Jen claims she wanted to “check-in with her girl,” and Heather admits she just wants to be Jen’s friend.  The friendship has been inconsistent, and Heather lets Jen know that she does not appreciate the “dumb digs” behind her back. Heather rattles off the long list of names Jen has called her, and Jen retorts that Heather has hurt her, too. Man, Jen must have never heard the phrase an eye for eye makes the whole world blind. When Heather SHOWS Jen the comments, Jen denies that she posted it and attempts to turn the situation onto Heather. I believe it is called gaslighting. #Fraud.

It appears Jen is delusional because when did anyone talk about her kids?? Jen slithers her way out of the hot seat by tearfully saying she is treated poorly by everyone in the group of friends “because I am brown.” Wait, what? Heather makes it clear in her confessional that Jen is treated differently because of her temper and for no other reason, but she still feels bad Jen is upset.

Heather allows Jen a second chance, but she makes Jen promise to stop saying mean things and reposting terrible things about her. Again, Jen says she needs to be a better person and needs to make some changes, and the women wipe the slate clean.

Wait — why did Jen throw churros into the fire, and can we discuss how quickly Heather reached into that flame and grabbed those bad boys out of it? Although funny, let’s remember that Jen needs to be held accountable… for more than burning those churros.