RHOSLC Recap: Jennie’s Husband Duy Suggests a Sister Wife as She Cries Over Losing Babies; Dinner With Whitney Goes Awry as Lisa Tries to Clear Her Name in Caterer Drama 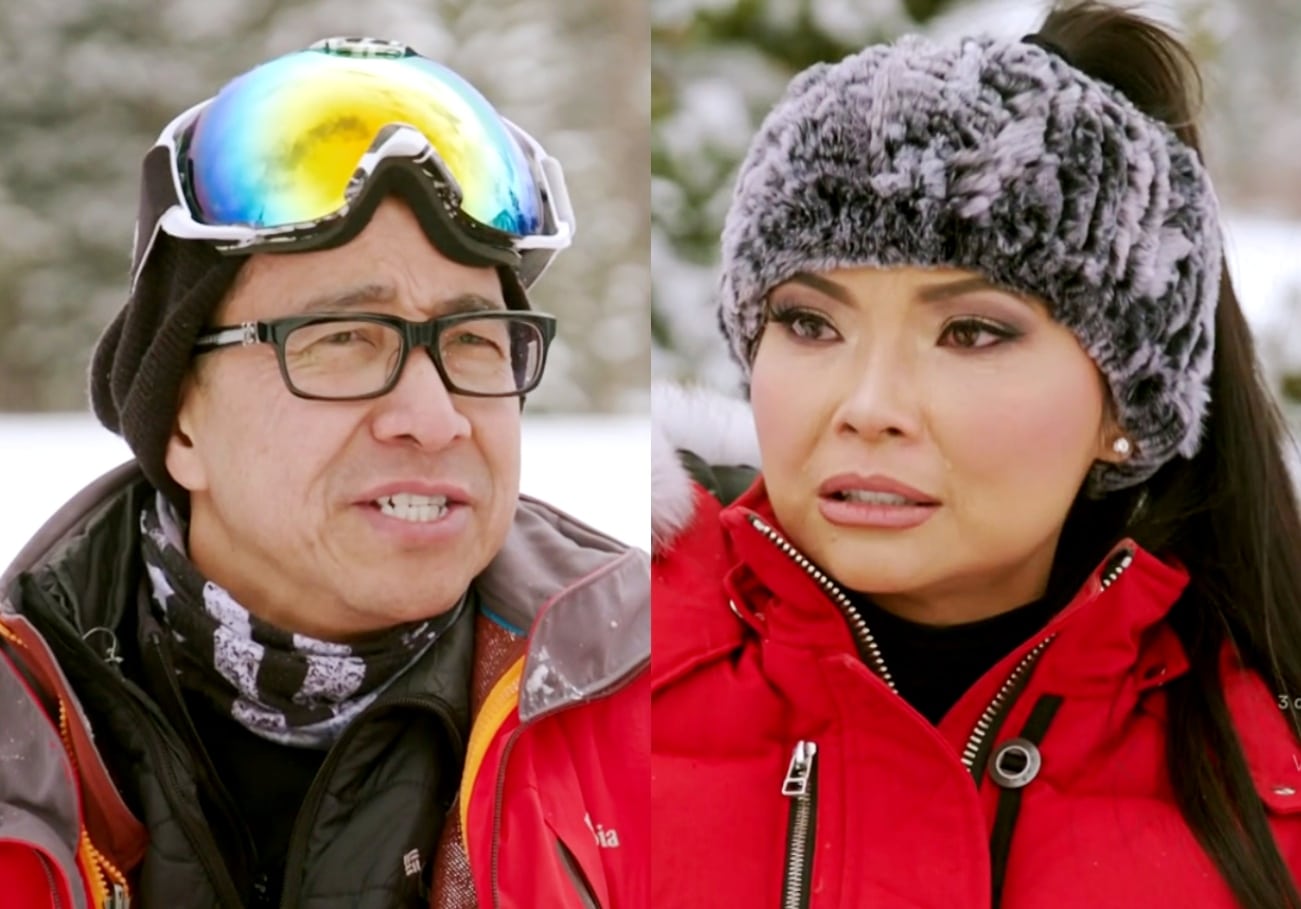 On this episode of The Real Housewives Of Salt Lake City, motives are questioned and relationships are shaken up. Can Whitney and Lisa ever really be friends? And how many times must Jennie tell her husband, Duy, that she does not want any more children despite his pressuring?

“I do know my way around the pole…” OF COURSE you do, Whitney. She has decided to get her newfound friend Lisa to open her legs and have some fun… on the silks. Lisa states she is having a good time with Whitney. With this new softer Lisa, is there hope for a reconciliation between Lisa and Heather?

Robert Sr. is home from Florida, and Mary is slightly disappointed that her husband is back in Salt Lake City. Mary explains that when Robert gets “comfortable,” she begins thinking of the next place he can go visit to give her peace once again. “I don’t think we know each other,” and Mary points out that Robert doesn’t even know she loves long grain rice. #dealbreaker.

Meredith, Lisa, and Jennie gather to get their feet kissed by fish. Meredith wastes no time wanting to hear about Lisa’s visit with Whitney. Lisa shares that they had fun, and after an awkward segue, Jennie asks for some input from the ladies. She comes right out to tell the girls that her husband, Duy, has been pushing her to have more children.

Jennie shares that she had a stillborn baby at 42 weeks. Jennie tells the girls that she was sedated and did not see the whole thing go down, but Duy did. And Jennie feels as though Duy has been traumatized by the entire event. It is heartbreaking to hear her talk about it, and Meredith suggests that the couple go see a counselor before it seriously hurts the marriage.

“Talk to me, Big T, what’d you get in this week?” Who talks to their jeweler like that?! Jen Shah! She decides to do something symbolic to help the group of girls come together as a group once and for all. The jeweler suggests creating a snowflake necklace for every woman since no two snowflakes are alike, just like the girls. Six snowflakes will set Jen back around $3,200, but she’s not even batting an eye at the cost. Hmmm.

Heather is busy trying to figure out college life with her daughter, Ashley. FINALLY Heather admits she feels like she is “living vicariously” through her daughter, and then she proceeds to have an incredibly uncomfortable chat about the birds and the bees. Heather is super concerned about the world her daughter is about to enter, but something tells me this ain’t Ashley’s first rodeo.

It’s time for a double date, but it’s an unlikely crew: Whitney and Lisa, plus their husbands. Whitney suggests Lisa get a pole in her house, and her husband, John, is all about it. It’s more awkward that the husbands are the actual friends in this foursome, and as Lisa tries to sprinkle Whitney with kindness, it all seems a little fishy.

Whitney figures out that the restaurant they are attending is owned by the caterers who backed out of Angie’s event. Out of NOWHERE, the owner’s wife comes over and blurts out that she cannot believe what Angie is doing to Lisa. Clearly, Lisa has been running around trying to clear her own name from this mess, but Whitney claims she can see right through Lisa’s plan. “Are you kidding me? This is so f*cking staged,” screams Whitney.

Whitney believes she has walked into a trap with Lisa and that Lisa only brought Whitney to the restaurant to prove her innocence. Lisa is baffled that Whitney can even *think* like she is on CSI. Lisa is more concerned about the relationship Whitney could be potentially ruining with the restaurant that carries her tequila. Now the husbands are kicking themselves for trying to get the wives together…

Lisa makes it clear that she did nothing wrong when it came to Angie, and as the women’s voices get louder and louder, the husbands just look on, like, can we eat this food in front of us? Whitney states that they must move forward and look toward the future, but trust is something that may never come to be in that “friendship.”

While Coach and his son train, Jen comes out and tells them that she is planning on volunteering at her son’s school as a step toward trying to repair their relationship. Her son looks absolutely appalled at Jen trying to insert herself in his life, and it’s making me wonder if he was the one who called the Feds on her. Did you see his face when she was speaking?!

Don’t you all play tennis in go-go boots ala Meredith Marks?  Thankfully, she changes into some trainers before stepping on the court with Mary, and it’s an absolutely painful segment to watch as Mary simply cannot play the game. She only looks the part. After a short time, they sit down for a break and talk life. Mary tells Meredith that she likes the way Meredith lives with Seth, and she begins to share about her life with Robert Sr. Mary states that she enjoys having her own space, and in her confessional, she says, “I would change Robert Sr. Like, the whole person.” Oooph. Mary is scared to be left alone with Sr. if Jr. would (ever) leave the house, and she is afraid to see what life would be like stuck empty-nesting with her husband.

Jennie and her husband, Duy, are out having some quality time together, and they seem quite cute during their outdoor activity. But things take a turn when they sit down and talk about the future of their family. Duy consistently pushes the more kids storyline, but Jennie is set on not starting over. She reminds Duy of her feelings on the topic and of the 10 miscarriages she experienced. Jennie tearfully tries to get through to Duy, who wants more kids to “replenish the earth.”

Duy claims to understand where his wife is coming from, and he reminds her of March 15, the day they lost their baby in the hospital. He tells Jennie that there is an emptiness and that the baby could never be replaced, but perhaps having more kids would be best. Duy suggests a surrogate and adoption and even goes as far as asking about a sister wife. AND HE IS ACTUALLY SERIOUS. Duy explains that sister wives are not uncommon in their Vietnamese culture, but Jennie is left speechless. She tells Duy this is all about him, not about their family, and she is beyond angry that he has gone that far. Seems like Duy signed up for the wrong TV show…