Home Real Housewives of New Jersey News RHONJ’s Jennifer Aydin Hints at Feud With Teresa Giudice, Suggests She May Not be Invited to Costar’s Wedding to Luis

RHONJ’s Jennifer Aydin Hints at Feud With Teresa Giudice, Suggests She May Not be Invited to Costar’s Wedding to Luis 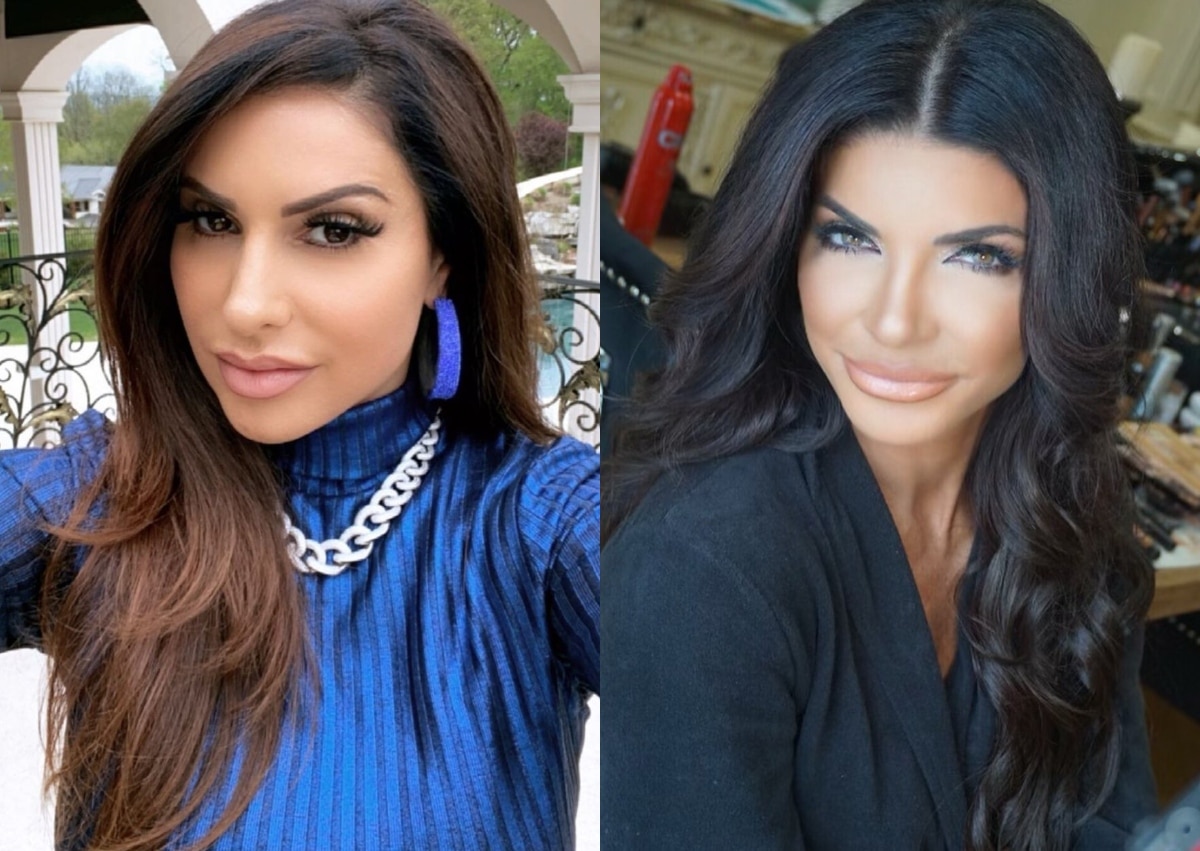 Jennifer Aydin and Teresa Giudice might be experiencing some trouble in paradise. This week, Jennifer made some comments about Teresa’s upcoming wedding which suggested that the Real Housewives of New Jersey stars may not be as close as they once were.

Teresa is set to marry Louie Ruelas, who proposed on the beaches of Greece (with fireworks shooting in the background, and a giant ‘marry me’ sign in neon lights). The romantic proposal was captured on camera, and shows Louie getting down on one knee before Teresa embraced him in the sand.

At a charity masquerade ball on Wednesday, Jennifer told The Sun that she doesn’t know if she’ll attend Teresa’s wedding. Although Jennifer is hoping to get invited, she also expressed, “You never know.”

Teresa was supposed to attend the ball, which raised funds for a non-profit theater program run by Jennifer’s brother, but the OG castmate never showed up. Dolores Catania said Teresa couldn’t come because she was “tired.”

Jennifer’s words (and Teresa’s absence) are shocking to fans of RHONJ, because their friendship was perhaps the strongest on the show. In light of Jennifer’s comments, viewers will be interested to see how the upcoming season plays out.

Dolores also couldn’t wait to tell The Sun about the upcoming season at the ball. According to the 50-year-old, season 12 will be “explosive . . . very crazy. I have to say I didn’t think we could beat last year, but we beat it. I want to say a lot of the episodes and the things that happened reminded me of the old school reactions.”

Another source previously told The Sun that Tiki Barber’s wife, Traci Lynn, was auditioning to join the cast. Oftentimes housewives will ‘try on’ the role before producers officially add them to the roster. If Traci’s audition went well, viewers may see her face in the opening credits.

After rumors began circulating online, Caroline Rauseo confirmed her position for season 12. Caroline has been a friend of Teresa’s for over 25 years, and is getting close with Dolores and Jennifer as well. Perhaps a new housewife will shake up the old friendship dynamics (if it hasn’t already).

At the charity ball, Jennifer briefly mentioned the upcoming season: “It’s so personal for every single one of us on the show.” She also teased that she’ll have a “big” storyline.