RHOSLC Recap: Jen Details Arrest and Reacts to Fraud Accusations, Lisa Makes Shocking Claims About Mary and Meredith Hired a Private Investigator Over Jen’s Alleged Text, Plus is Jen Having an Affair? 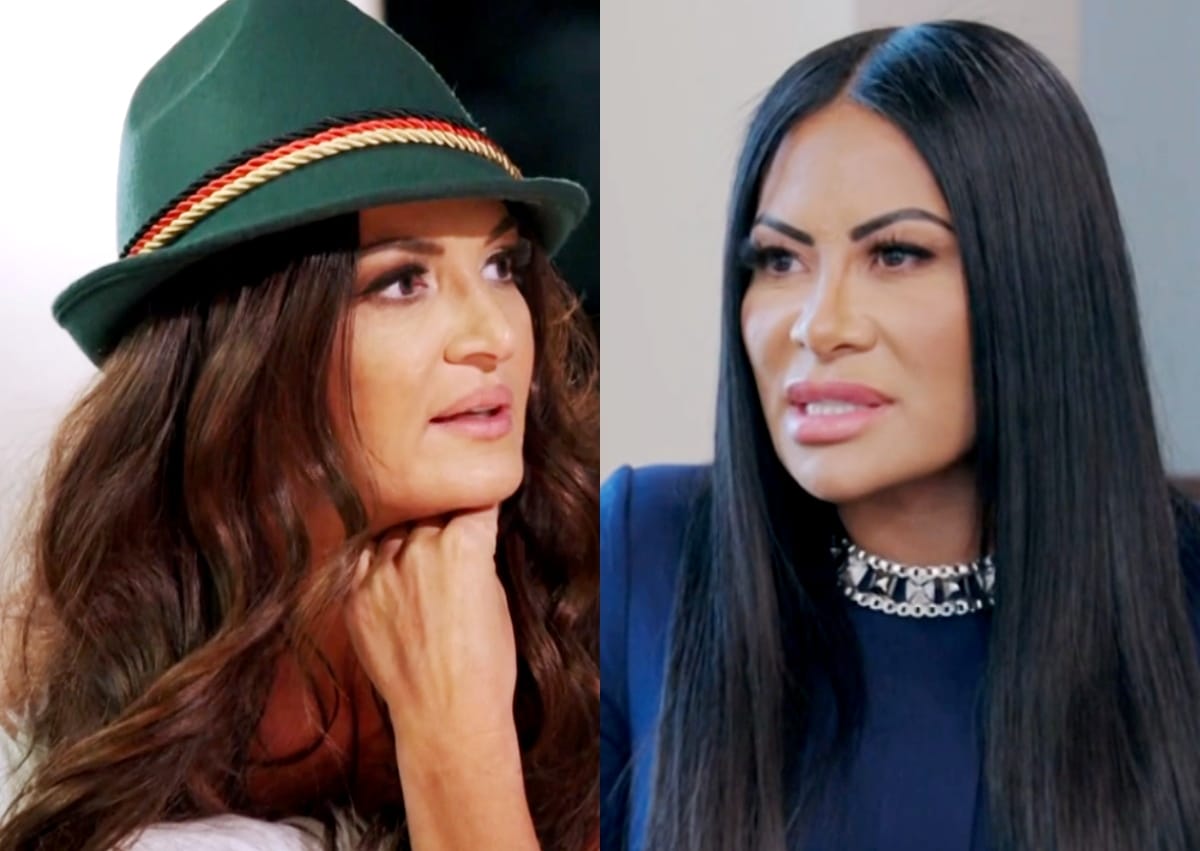 On this episode of The Real Housewives Of Salt Lake City, after being left in suspense, it’s time to get answers… kinda. The women are piecing together anything they can about Jen and are trying to make sense of any curious behaviors they have experienced. Nothing is clear, but it seems like one Housewife, in particular, is not saying all that she knows…

Heather tells the women about the time when she put Jen in an Uber and Jen got out of the car mid-ride. Lisa insinuates that she knows where Jen might’ve been going that night, and in the words of Whitney, “if we don’t share what we know, we’re in danger.” Lisa fake cries that they all don’t know Jen the way they thought they did, and this whole Uber situation is getting pretty serious. Jennie pushes Lisa to try and come out with whatever she is nursing and keeping secretive about Jen, but Lisa dances around it.

Lisa reminds the group of the crazy, disturbing texts she received from an unknown number, and it comes out that Meredith hired a private investigator to look into the troubling texts that were sent. That investigator concluded it was likely sent from Jen as not many people use the same spelling of particular words. Meredith takes a poll and asks the ladies who actually wants to be friends with Jen moving forward. The whole situation is very uncomfortable, but Heather steps in and says that she is friends with Jen, and so that means she is sticking with her, for better or for worse, despite her Mormon upbringing.

Lisa jumps in and asks Heather, “At what point is it being a good friend or being f*cking stupid?” Meredith lashes out and further questions at what point is enough, enough with Jen and her chances. Meredith claims that despite the various opportunities she has given Jen, Jen continues to mess up. Mary goes there and states that she has never seen potential or good in Jen. Heather, ever the tried-and-true friend, even attempts to call Jen to try and touch base. Jen obvi does not answer.

Meredith is beyond done with Jen, and she realizes that Jen has never, ever been honest about anything. Meredith makes it clear that she is drawing a line in the sand and wants no part in this mess.

The next morning, Jennie phones her husband, Duy, and he reminds her that there are three sides to every story. As the rest of the ladies wake up, it is evident that not all of them are morning people, especially with their “emotional hangovers.”

Lisa and Meredith sit down to chat about the events that have unfolded, including the cryptic conversation that Meredith had with Cameron at Lisa’s Fresh Wolf event. Lisa explains that Mary is considered “elusive” with her church, and when she DOES show up, it is a *thing.* Yet Lisa never mentioned any of this information to Meredith in fear of ruining her friendship with Mary. Meredith is tired of all of the talk she is hearing, and she has plans of asking Mary straight up, but Lisa seems to be more fearful of dirtying Cameron’s reputation.

In the meantime, Heather, Whitney, and Jennie have decided to go dog sledding. LOL at when the dog sledding instructor asks Whitney, “how old’s Zyrtec,” when she is talking about her allergy to dogs and how she forgot her allergy medicine. Is that what people name their kids in Colorado??

After some shopping, Meredith, Mary, and Lisa have decided to go ice skating. Don’t worry — they have the appropriate ice-skating garb, but dang, they don’t really know what they are doing out on the ice. Mary could stand a few knee pads and a helmet, but at least she attempted the middle of the rink. However, it continues to look like she is forever disinterested in anything these women do…

On the way home from dog sledding, Heather points out that Lisa made the previous day the “Lisa Barlow show” when it should have really been about Jen and her new legal woes. Heather continues to state that Lisa has all the information and doesn’t want to share it, further proving that she enjoys making the waters muddy but that she doesn’t want to get dirty. Interesting. Jennie tries to stand up for her friend, Lisa, but Heather and Whitney see right through Lisa’s BS.

Heather confides in Jennie and Whitney about her younger sister. Now that Heather is no longer a “super Mormon,” she feels terrible for judging her sister, who married a non-Mormon. She has high hopes of meeting up with her sister in Colorado, and it’s a nice thought that maybe this new side of Heather can bring her closer to her sister after all these years.

Enter, Jen Shah. She has been charged with wire fraud and money laundering. And her lawyer “knows” she is innocent. Jen claims that her only fault is that she is too giving and that she would never do what she is accused of. Jen is still sticking with the whole she thought Sharrieff was sick storyline and she has no idea what was going on. She fake cries about helping so many people along the way and tells how she did not grow up with a lot, but she worries about her husband and son getting brought into this.

Heather loves a good theme, and so she has decided to host a Switzerland event at the Vail house. Of course, “Mary’s over it” and is busy talking to herself and making herself late to the event. Mary is less than thrilled with the shot luge and would much rather be eating meat indoors, nice and toasty.

When Whitney brings out her shotski, Mary is borderline appalled. She explains that Whitney is a lot and giving her all that attention is tiring. The only thing that made Mary come to life is the dessert. Can’t blame her for having zero time for the group of ladies. Mary is feeling some type of way, and Whitney is not picking up on her vibe. Instead, Whitney has decided to confront Mary about the cooking class. As Whitney rambles on about how hurt she was by Mary’s actions, Mary feigns sleep, and when Whitney says, “I am not your child,” Mary retorts, “Thank God you’re not.” Ouch. Because Whitney has been drinking, Mary chooses to remove herself from the situation, and Whitney is more than displeased. “I think I just got excommunicated from Mary’s church.”

Whitney is tired of protecting Mary from all of the rumors about her church and Robert Sr. Whitney makes it clear that Mary’s congregation thinks she is God, and Lisa jumps in and tells Whitney to ask Cameron the tough questions. Heather calls all of this “nothing speak,” and I agree. There is a lot of vague talk happening, and Lisa needs to open her mouth. Lisa continues to throw out hints but doesn’t tell the whole story. It’s not helpful or easy for this group to attempt to piece together what they know to come to a conclusion.

Meredith did actually have a conversation with Mary about the cryptic, negative things she was told by Cameron about her church. Mary made it clear that almost every church and religion has had to defend themselves at one point, and although that seems to calm Meredith’s nerves, “religious trauma” and insinuations are damaging, especially to the truth. Meredith has had it and is demanding facts about the vague statements Cameron has put out there. She puts the pressure on Lisa, and Lisa finally blurts out, “He mortgaged his house and gave her $300 grand.” Say what??????