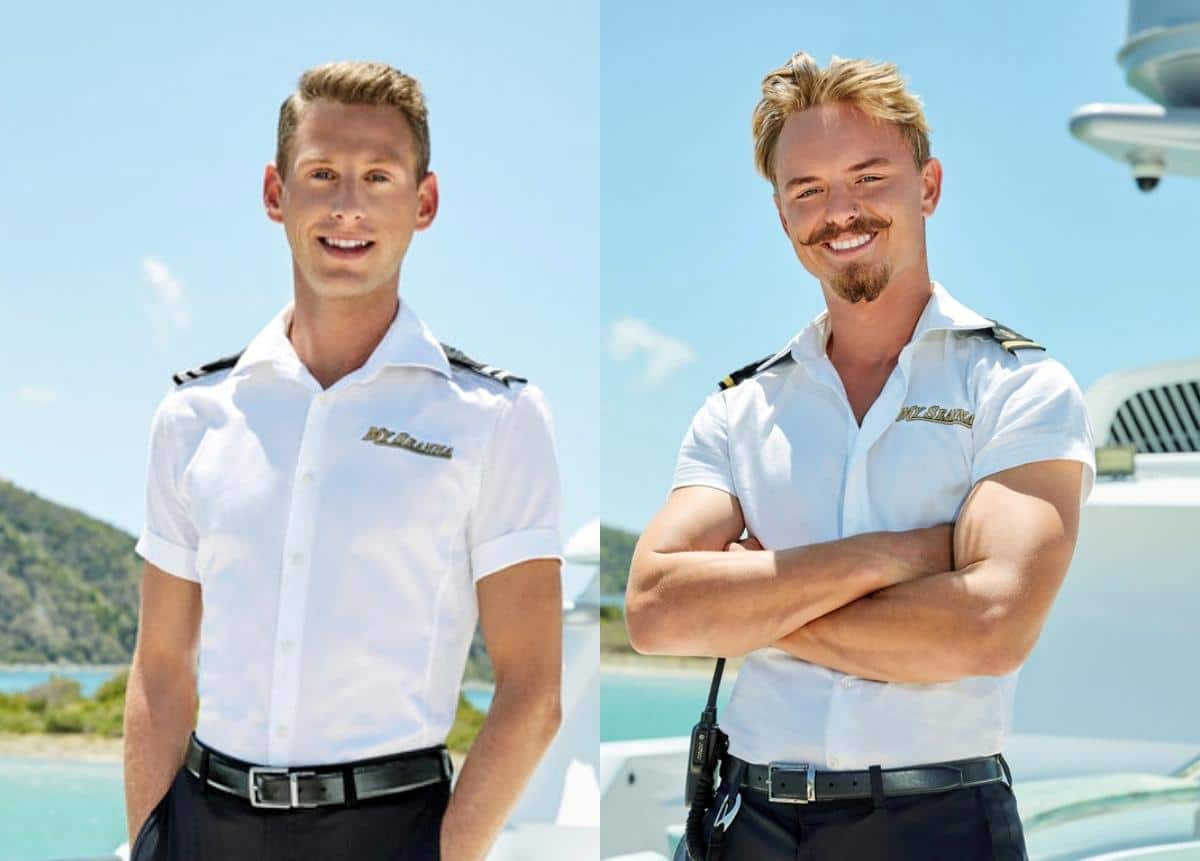 Season nine of Bravo’s Below Deck really started off with a bourbon-fueled bang this year, and it’s looking like the crew is showing no signs of losing steam after a passionate three-way kiss between deckhands Rayna Lindsey and Jake Foulger and stew Fraser Olender aired in the yacht’s infamous hot tub last episode.

In the past, relationships between “yachtie” co-workers have notoriously ended badly. (Shall we recall Dani Soares and Jean-Luc Cerza-Lanaux’s disastrous romance? Rocky Dakota and Eddie Lucas, anyone?) But judging by the latest Below Deck trailer and Fraser’s recent interview, the relationship between Jake and Fraser may have more longevity than a one-off alcohol-fueled make-out session.

Speaking to Showbiz CheatSheet, Fraser divulged that he and Jake have remained in touch since wrapping up the show’s latest season.

“Jake and I have a really strong bond and a great relationship…Jake is going to be in my heart for as long as I can see down the line,” Fraser admitted.

The freshman stew went on to elaborate that though newly-promoted Bosun Jake “couldn’t be further” from his type, he thinks that he has a “wonderful personality.” He also suggested the two of them bonded very quickly over their “British banter,” and that led to them becoming closer than just that three-way kiss.

“I don’t want to spoil anything and I don’t want to give too much away. But things start to happen aboard,” he told Showbiz CheatSheet. “And it sort of begins to create a really fun and interesting storyline throughout the rest of the season. But at the moment, we’re just getting to know each other and being extremely flirtatious.”

Though the two have seemingly remained on good terms, the upcoming episodes have been teasing Jake getting himself caught up in some crazy drama with his other hook-up buddy, Rayna, over his alleged engagement at the time of filming.

Make sure to watch how it all plays out on Below Deck airing Mondays at 9 p.m. EST on Bravo.