Heather Dubrow Says It’s Difficult to “Recover” From Shannon’s Actions After Their Relationship “Goes Off The Rails” Quickly, Plus RHOC Live Viewing Thread 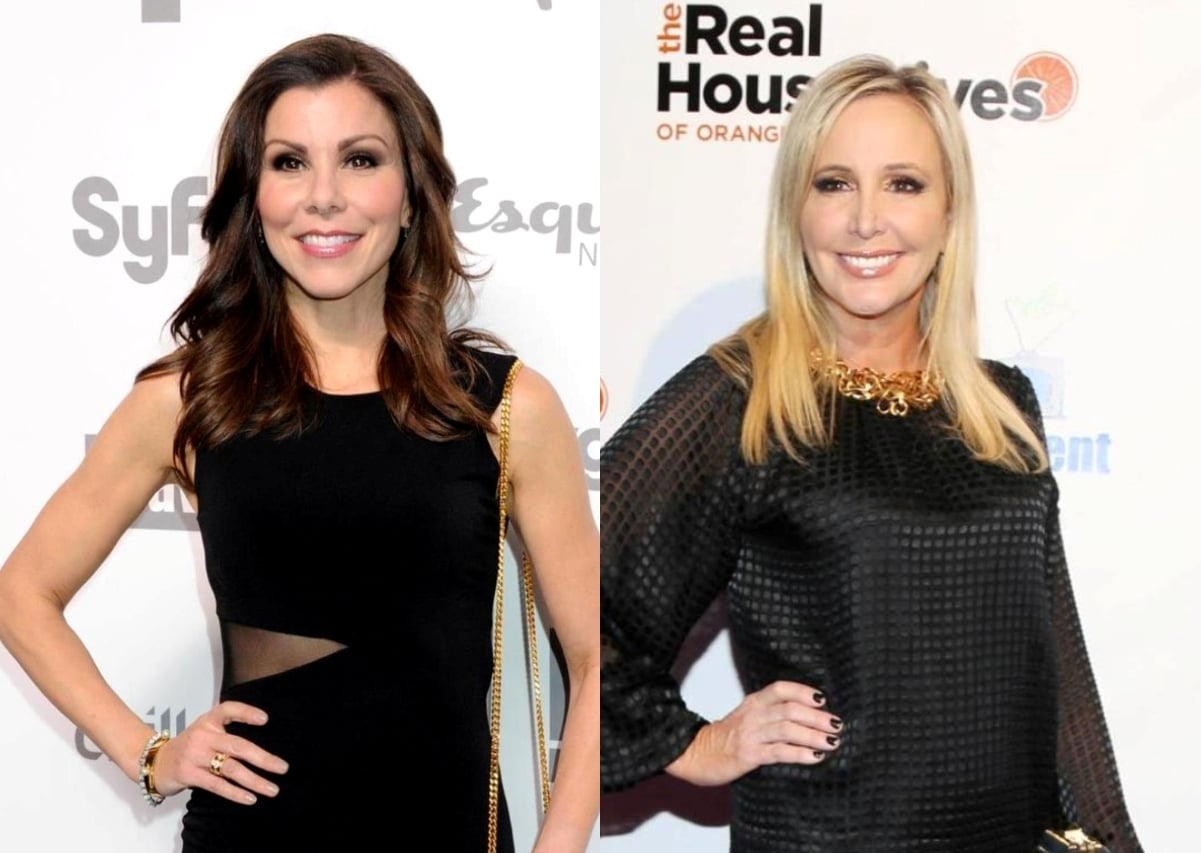 Heather Dubrow is back in the deep end on Real Housewives of Orange County, and she’s already making a splash. The mother and actress left the show five years ago but was asked to return after a major cast shakeup.

Her friendship with Shannon Beador was rocky in season nine when Heather kicked Shannon out of her house. Since Heather’s departure from the show, though, the women reached a level of civility.

According to an interview with Showbiz CheatSheet, the peace didn’t last long. “I will tell you this,” said Heather. “I’ve bumped into Shannon a couple of times. We’ve texted a few times over the last five years. And I think we both came into the show with the best of intentions, honestly. But it really goes off the rails and it goes off the rails incredibly quickly.”

Heather said it happened “in a way that’s so not OK,” and she shared that it is “very, very difficult to try to recover from.”

After Heather left RHOC, she stopped watching the show. She explained, “I’ve heard, obviously, but I don’t specifically know what happened. But when I was pitched to come back, it was like, ‘Look, here’s what we’d like to do with the show.’”

The actress then stated, “I think Andy’s [Cohen] been very vocal about this, you know, time for a reboot. We’ve lost some of the glory that was Orange County. And you know, these inspirational aspirational lifestyles. And these beautiful trips and the clothes and these friends. Where are these friends that have these relationships? Like, where is all that?”

In Heather’s opinion, each Real Housewives franchise is known for one thing, and she believes RHOC is about “personal stories.”

“There’s all the drama that everyone’s going to love and it starts off with a bang,” she said. “But I think the personal stories are so interesting and so compelling. And I think that the audience is really going to invest in some new people. And maybe become reinvested in characters that they didn’t know that well.”

Many details of the upcoming drama are still unknown, but Bravo revealed glimpses in a recent trailer. In one of the clips, Heather tells Emily Simpson and Gina Kirschenheiter, “Shannon told me that the two of you were not to be trusted.”

RHOC Live Viewing – This is also the live viewing thread for tonight’s new episode of The Real Housewives of Orange County season 16, which airs at 9 p.m. on Bravo