Home Real Housewives of Beverly Hills News ‘RHOBH’ Lisa Rinna Vows to ‘Expose Things’ in the Name of Lois in Cryptic Post, Plus Harry is Glad Amelia is “Solo” After Scott Split

‘RHOBH’ Lisa Rinna Vows to ‘Expose Things’ in the Name of Lois in Cryptic Post, Plus Harry is Glad Amelia is “Solo” After Scott Split 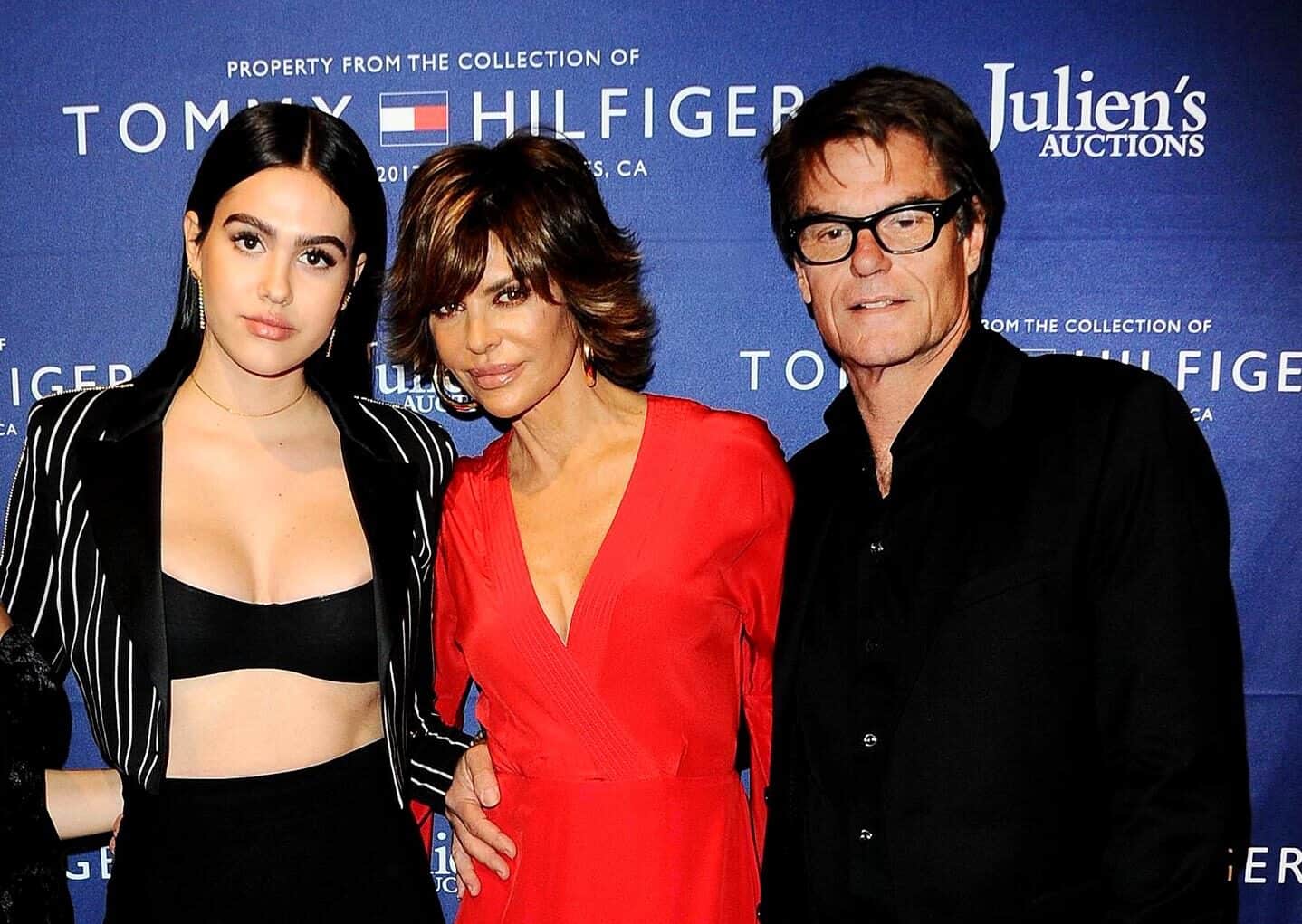 Lisa Rinna’s lips are staying true to her Real Housewives of Beverly Hills iconic tagline because they are never “going to gloss over the truth.”

The current RHOBH star recently shared a very cryptic post to her Instagram Story that has many fans “whack-a-doodling” their brains as to what it could possibly mean.

In the post, Lisa talks about how she has a lot to say about people, and she plans to keep talking all in the name of her late mother, Lois Rinna, who recently passed away after suffering a stroke.

“I have a whole lot to say about a whole lot of things, and I’m going to start saying them in the name of Lois,” Lisa wrote on her Story. 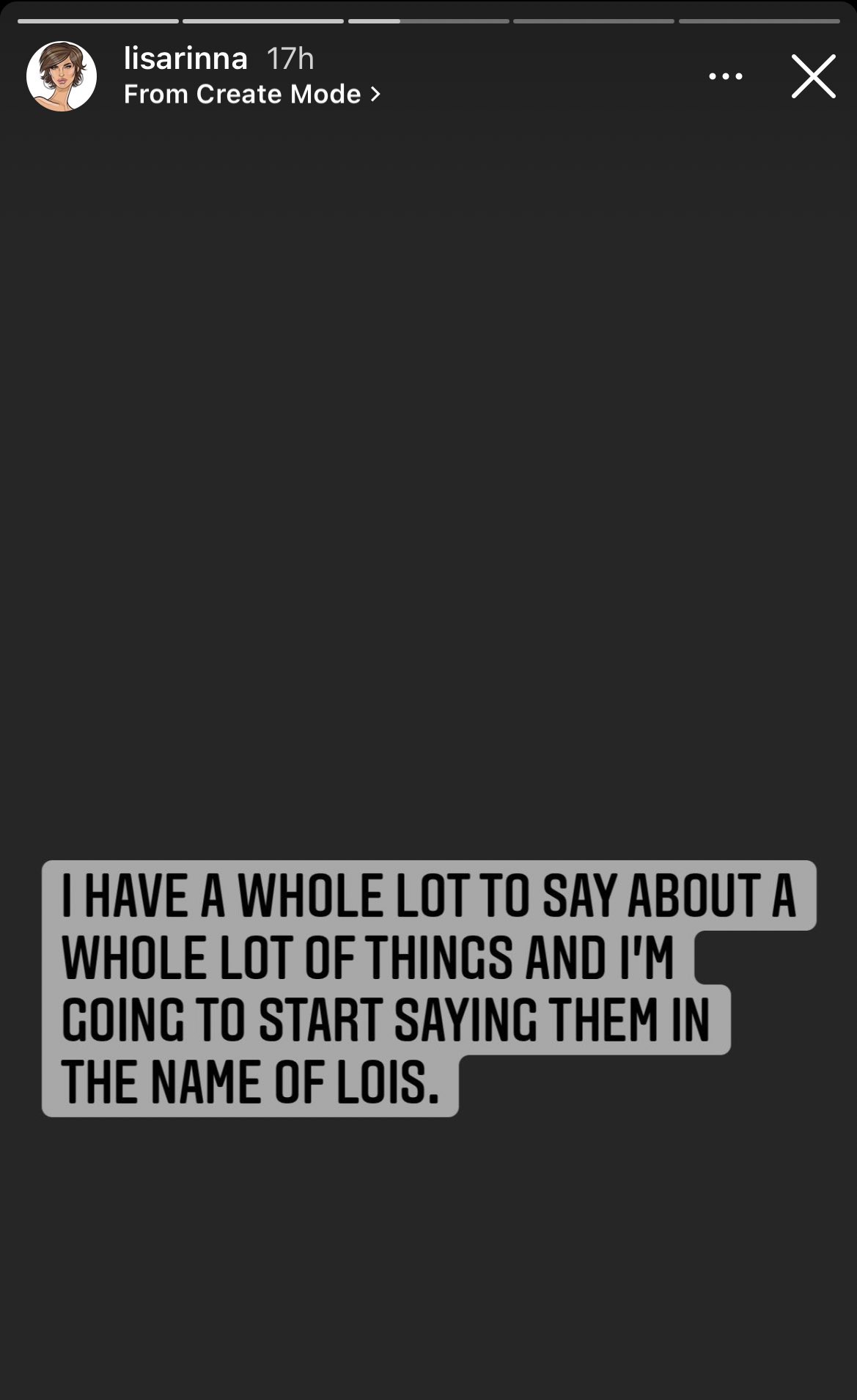 Lisa has never been one to keep her lips sealed. In the past, she’s talked about everything from former co-star Yolanda Hadid’s unfounded Munchausen’s disease insinuation to accusing Dorit Kemsley of doing cocaine. She also spoke about Denise Richard’s alleged affair with Brandi Glanville. So, who knows what dirt and drama Lisa is ready to spill next?

In addition to her Instagram Story, Lisa also shared a post to her Instagram page saying that she was moving forward with “different eyes and a different heart.” Refocused, she said she is, “Now off to sell lipstick and go kick some ass over there at RHOBH.” 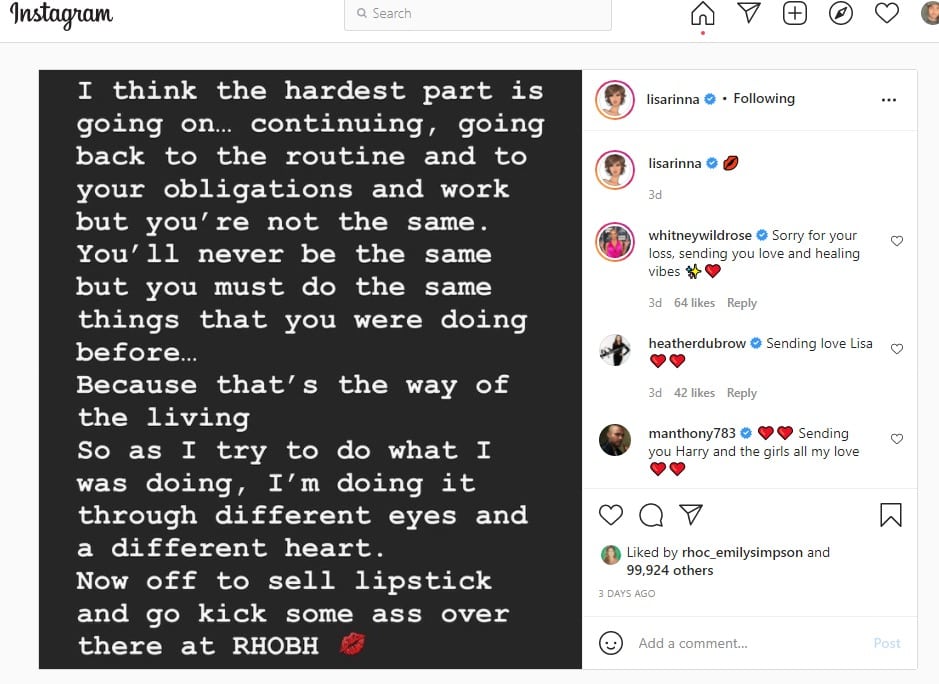 Fellow housewives commented on the post with heart emojis and “messages of love,” including RHOC housewife Heather Dubrow and RHOSLC‘s  Whitney Rose.

Between her two posts, it looks Lisa is coming in to “own it” loud and clear.

Filming for season 12 of RHOBH has been underway for several weeks now, and there have been pictures and videos of the group socializing and most recently celebrating castmate Garcelle Beauvais’s 55th birthday.

In other news, Lisa’s husband, Harry Hamlin, recently appeared on Watch What Happens Live with Andy Cohen and appeared relieved and happy that daughter Amelia Hamlin and Scott Disick’s relationship has come to an end.

“Amelia’s doing great, she’s living in New York, and she’s having the time of her life solo,” Harry told Andy. “I have no idea what exactly happened there, I’m just glad that she is solo, put it that way.”

The Real Housewives of Beverly Hills season 12 is set to premiere sometime in 2022.