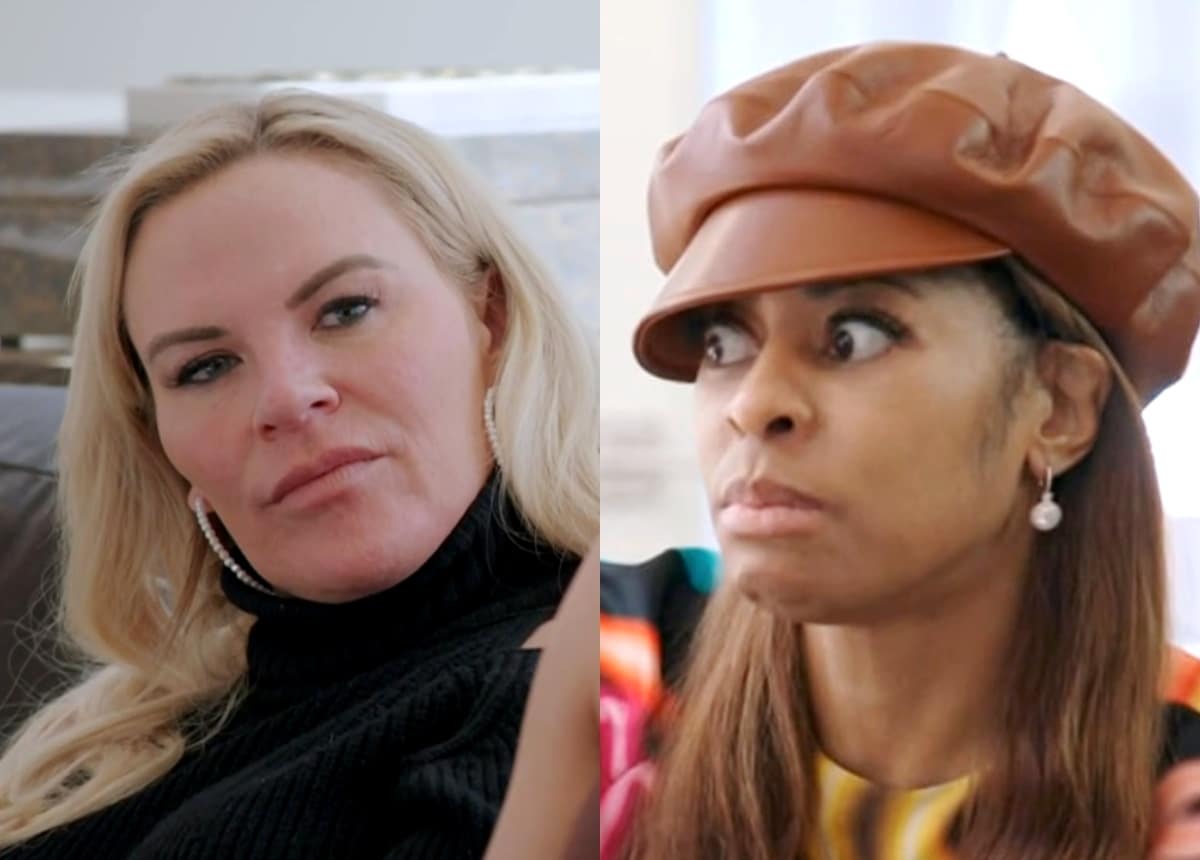 The ladies are still in Vail on this episode of The Real Housewives Of Salt Lake City, and they are still trying to pry information out of Lisa, the professional pot-stirrer. As Heather puts it, “We are a group of women who have been completely traumatized,” and they have every right to know what type of people they are surrounding themselves with in this group, especially if one of those people could potentially be a cult leader…

Lisa eventually comes all out with it. She tells the ladies that her friend Cameron apparently mortgaged his house because Mary and her husband claimed that the church needed money. Lisa believes that Cameron felt “bamboozled” by Mary. Heather is curious why Lisa is opening up NOW and sharing this information about Mary. Heather wants to further know why Lisa would allow the whole group to be friends with Mary if she is as much of a monster as Cameron claims she is. Meredith demands facts and isn’t going to listen to rumors about Mary, but Lisa wonders if Meredith lives under a rock since these stories have been circulating for years.

Meredith states that she had a million facts about Jen, yet everyone continued to support Jen. Whereas, with this Mary situation, Meredith is claiming rumors are not facts enough to cut a friend out of her life.

Lisa, the snake, excuses herself and confronts Mary, who is alone in her room. The ladies have no idea that this is occurring. Mary essentially threatens Lisa to choose who her loyalty lies with. Mary vehemently denies anything that Lisa has been hearing and states it shouldn’t bother her if she truly backs her. Lisa wastes no time throwing Jen under the bus to Mary when she realizes Mary is getting bothered. Interesting considering LISA was the one who was just busy sharing dark Cameron secrets with the group. She tells Mary all the things Jen was yelling about Mary’s church and tries to deflect the best she can.

To that, Mary retorts, “That’s why Jen is where she is and that’s why I am sitting here today.” Mary reminds Lisa that Jen “lives a lie” and “messed with the wrong one,” and she further states that their two stories cannot and will not be compared.

The next morning, Mary comes knocking on Jennie’s door and brings her a gift since Jennie apologized AND did her makeup the night before. I bet if Jennie knew she was gonna get a pair of Louboutin boots just for being nice to Mary she would have said sorry a long time ago! Turns out that Mary had an ulterior motive and wasn’t simply showering Jennie with gifts for the above reasons: “When she did my makeup, I thought this would really lighten up my luggage, that’s why she got the shoes.” Ouch.

In the meantime, Whitney is p*ssed. Whitney heard Lisa, Heather, and Mary laughing in the room next door.  She can’t believe that after all the sh*t everyone was saying the night before, they are all buddy/buddy now. Heather claims that she was dead asleep when Lisa and Mary woke her up, and Mary was bearing a Louis Vuitton (aka Mary buying loyalty). Lisa was donning a “Cheshire cat smile,” which is curious considering the circumstances, and Mary left Heather’s room saying she was no longer going to be Whitney’s friend and has decided to be BFFs with Lisa instead.

Whitney is beyond annoyed and is tired of blindly following Mary. Whitney begins questioning what kind of preacher Mary is if she is behaving this way toward Whitney. I think Whitney needs to bring up her issues with Lisa, not Mary, cuz at the end of the day the one with the dirtiest hands is Lisa.

Heather escapes from the Vail house for a little while to have a visit with her sister, Nancy. Nancy broke away from the Mormon church about 30 years ago, and since then, Heather has only spoken to her little sis a few times. Heather believes that now is the time to reconnect with Nancy, and she is desperately trying to form a relationship with her. A lot of this rekindling has to do with the fact that their father passed away. Nancy only realizes now that she always just wanted to be Heather, and in reality, Heather always just wanted to be Nancy, living life freely. Let this be the clean slate the sisters needed.

As the women pack up and prep to head out, Lisa tries to make nice with Meredith after the previous night’s antics. Meredith admits that she should never have told Whitney about Cameron, and she realizes that the only person who did not talk behind her back last year was Mary, so she owes Mary an apology, too.

Meredith calls a family meeting and wants resolve within the group. She doesn’t want people talking behind people’s back, yet Jennie points out that Meredith hired a private investigator to follow Jen. Touché. Meredith begins her apology tour, and she starts with Whitney and ends with Mary.

Whitney lets Mary know that it seems as though Lisa set up the meeting between Cameron and Meredith. It is clear that Lisa has “dug up information about Mary” and then spread it around. Lisa is livid. She wants the ladies to own their own business and stop trying to make her the bad guy. Mary calls Whitney exhausting and tells her that she is “nobody.” Heather steps up to remind Mary that Whitney has never done anything to deserve the way that Mary talks to her, and interestingly enough, Mary claims that she cares about Whitney. HOW?

Lisa is furious that she keeps getting made into a mastermind. She threatens Whitney to “think the best of me, not the worst, or I’ll start thinking the worst of you and you won’t like it.” Whitney wants to know what made Lisa change her mind and befriend Mary despite all the sh*t talking.

Heather points out that everyone but WHITNEY got a gift from Mary, but Whitney is more upset that she really thought she was friends with Mary, yet they are clearly not. Mary is just insulted and on the defensive because everyone keeps comparing her church to Jen’s legal issues.

When Mary turns her rage on Heather, Heather is not having it. “I have overlooked the fact that you are married to your step-daddy,” yet Mary continues to push against Heather. Heather calls all of the women crazy, and she yells out that they are all afraid of Mary. Lisa tries to play damage control, but Heather won’t allow Lisa to slither in and play nice. Heather yells that just last night Lisa was saying how her best friend sold his house cuz he was under Mary’s spell.

Seems like all the ladies are shook, TBH. Whitney runs after Heather while Lisa keeps repeating that she is not God telling everyone what to think. Heather doesn’t want to fly home with the group, and Whitney explains that she is in a “big mind f*ck and can’t get out of it” so she is going to take a separate plane ride home with Heather. Whitney tells Mary that everyone is being two-faced, and to that, Meredith goes into full-on denial mode.

Jennie tells Mary that every one of the women was talking about her and her church the night before, and Mary gets emotional, stating, “I’ve never ripped anyone off. I was born in money.” She goes as far as calling Heather chubby during her meltdown (misdirected anger), and she is angry that she is getting put into the same category as Jen.

Lisa claims to have empathy for Mary because she is getting attacked for things that are truly important to her. Mary mumbles something about Mexican thugs and says under her breath to Heather that she wants her purse back (ha!). When Heather tells Mary she is sorry she hurt her, Mary calls Heather a liar and weird.

After a whirlwind weekend, Heather and Whitney are stuck looking up Delta flights while the rest of the ladies board their private jet. Lisa thinks this is all ridiculous, which is easy for the pot-stirrer to say. I mean, if Whitney and Heather just stayed quiet for a few more minutes, they would have been able to fly home with an alleged cult leader and a whole crew of ladies who are evidently “scared” of her.  Sounds like a good time!