Kyle Richards on How Daughter’s Wedding Will Differ From Paris Hilton’s, Explains Why Kris Jenner Will Probably Not Join RHOBH 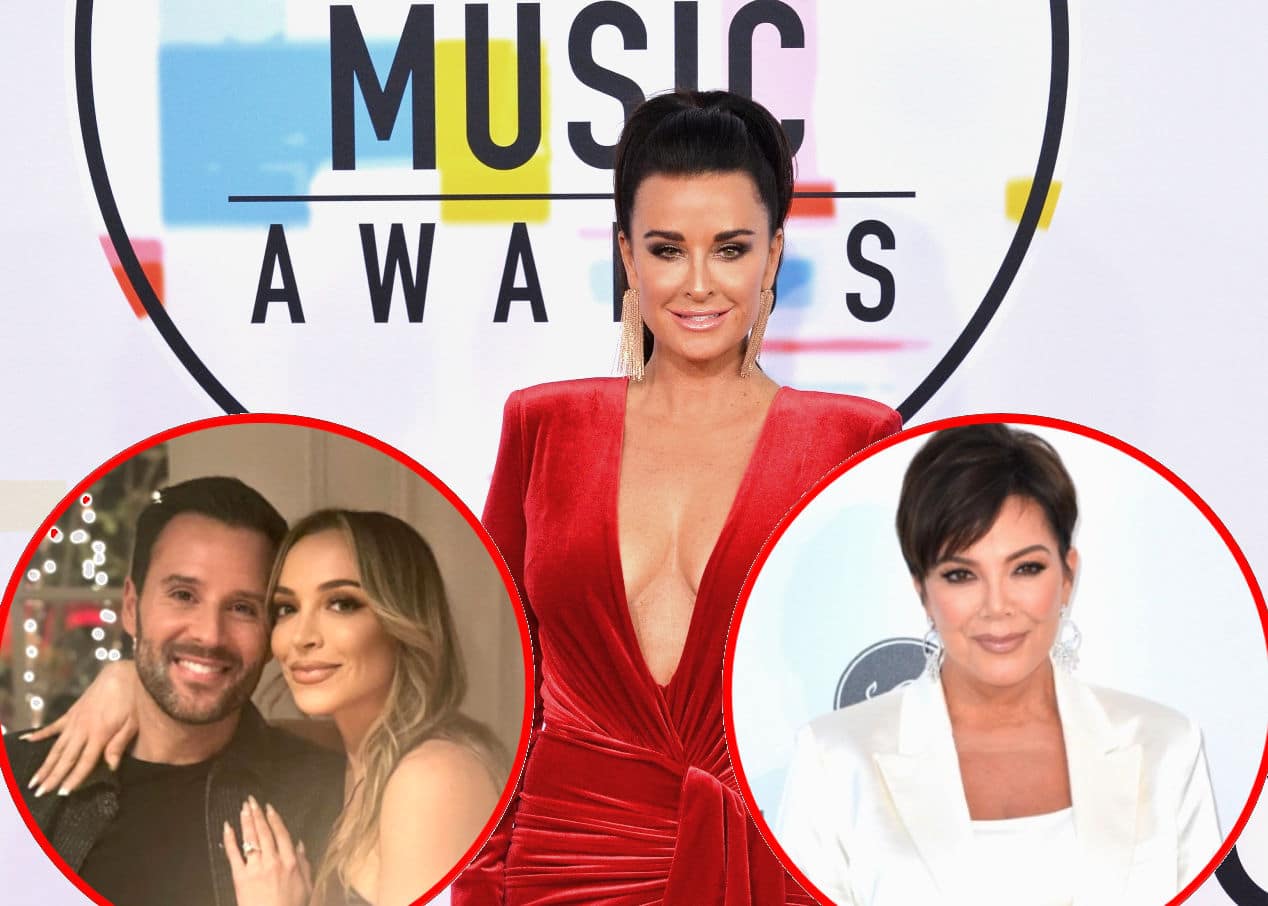 It’s been a big year for the longest-standing Real Housewives of Beverly Hills star, Kyle Richards. After starring in two movies, one in the works, welcoming her sister Kathy Hilton to the show, and now her biggest job that she can’t wait to start: Her eldest daughter Farrah Aldjufrie’s upcoming wedding!

After attending her niece, Paris Hilton’s huge 3-day wedding extravaganza, Kyle says she is exhausted and not ready to hit the dance floor like that again anytime soon. Before adding Farrah’s wedding will be a bit more low-key.

In comparison to Paris’s lavish affair, Kyle doesn’t expect Farrah to follow in her cousin’s footsteps.

“It will not be a three-day affair,” Kyle explained. “As a mom of four daughters, I’ve always dreamt about my daughters’ weddings. I’m excited to be the mother of the bride but it’s very much her day.”

Kyle also went on to elaborate that Farrah doesn’t want a “long engagement” and she expects grandkids soon.

“My mom was only 40 when Paris was born. I was 11. She would say, ‘Do you realize what a young grandmother I am?’” Kyle remembered. “My husband [Mauricio Umansky] and I are like, we want to be young, fun grandparents.”

She even admitted to being very much prepared for what this new chapter may hold for her family.

“I’m already planning a shower for myself. I’ve already got the car seat in the backseat of my car,” she said.

In other RHOBH news, the web has been alive with speculation on what season 12 of the show is going to look like. Rumors of cast demotions/exits/additions have all run rampant. However, in a new interview with Goss.ie, Kyle is squashing the rumor of her long-time friend Kris Jenner joining the franchise outright. Especially now that the full-time cast has been announced.

In the interview, Kyle explained that she believes that Kris is “too busy” to join the show in any capacity.

“Kris Jenner is one of the busiest women I know, I’m lucky she even comes to my events on camera because she’s so busy.” The RHOBH star said before continuing, “We make a point to show up on each other’s shows here and there to support each other but we’re both so busy, there’s no way. People have joked about her doing the Housewives but I think she’s got her hands full.

Not all hope of a cross-over is lost though as Kyle quipped, “Maybe we could do a special with us all together!

It’s looking like 2022 is going to keep Kyle’s hands full and busy as she has consistently voiced her intentions of keeping her acting career going full steam ahead.

“Other people have since called and said, ‘Oh let’s put her in this!’ So, I’m really excited and I’ll be starting the next Halloween movie [Halloween Ends] pretty soon, and I plan on continuing with acting.”

The new season of The Real Housewives of Beverly Hills is currently filming and expected to air sometime in 2022.