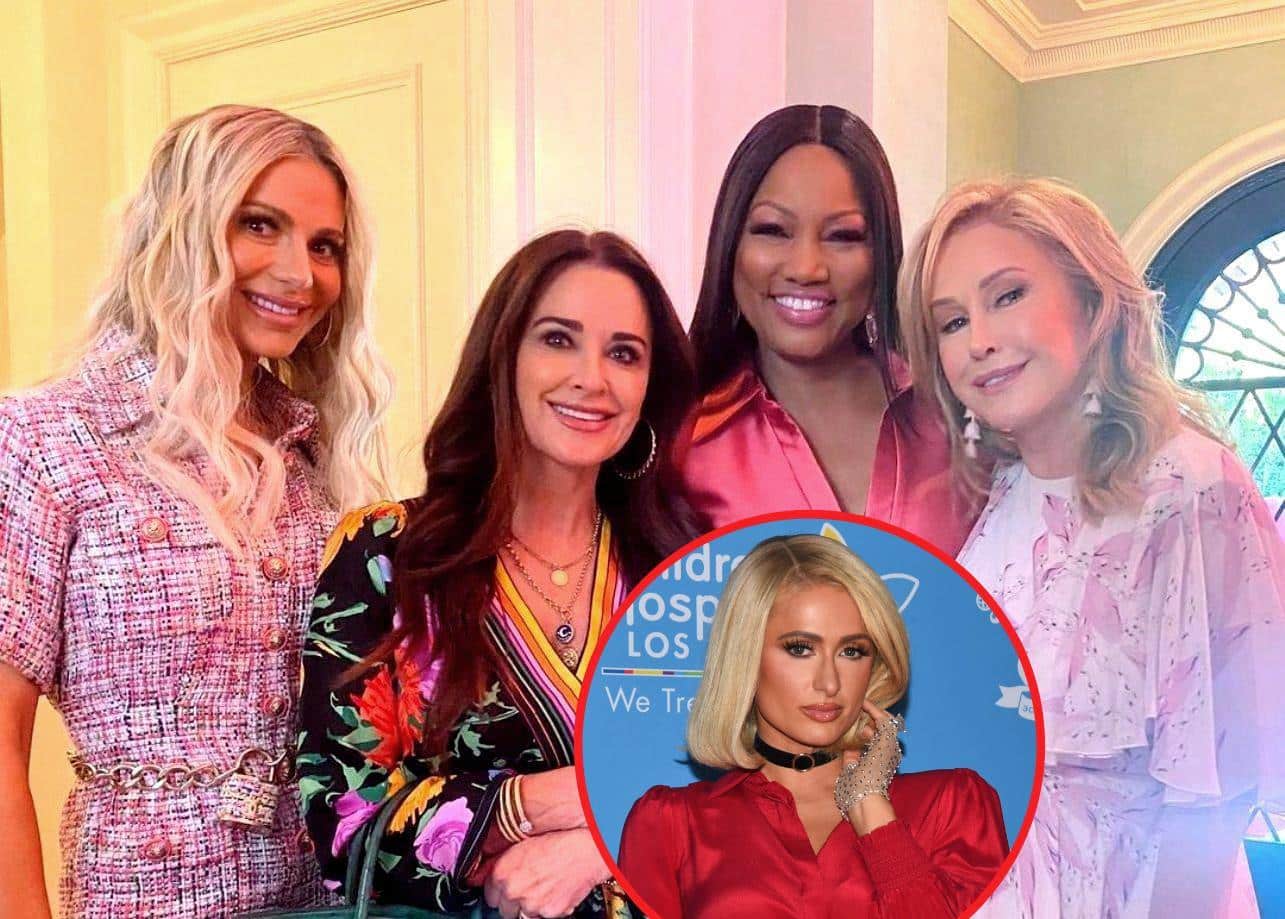 Garcelle Beauvais reunited with Lisa Rinna and Dorit Kemsley over the weekend to attend the bridal shower of Paris Hilton, the daughter of their Real Housewives of Beverly Hills co-star, Kathy Hilton, and the niece of fellow cast member Kyle Richards.

Following their dramatic encounter on last week’s episode of the reunion, Garcelle was all smiles in photos taken with Dorit at the event, which was also attended by Kris Jenner and Crystal Kung-Minkoff and may have been filmed for RHOBH‘s upcoming 12th season.

In a couple of posts shared to her Instagram Story, via the Queens of Bravo on Instagram, The Hills star Caroline D’Amore posed with Lisa and Kris. 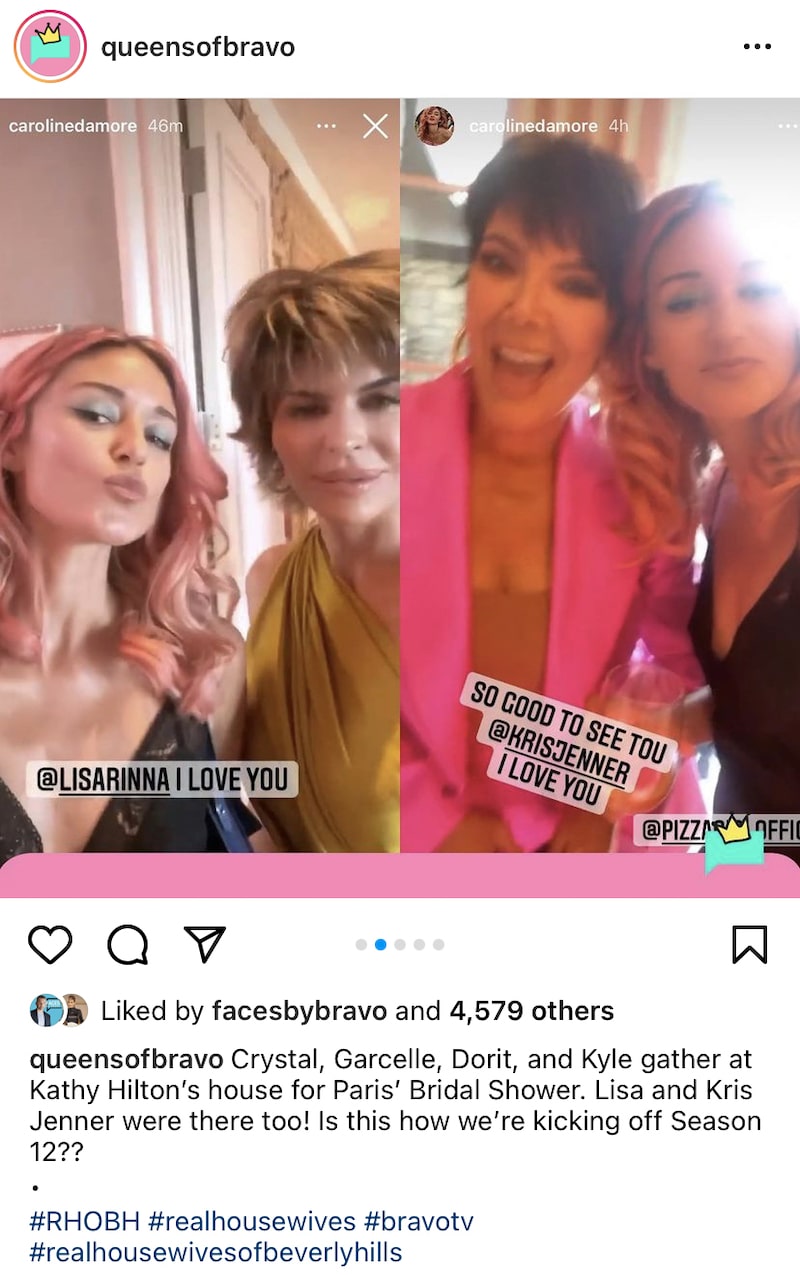 “Congrats,” Kyle wrote in the caption of a group photo of herself, Dorit, Crystal, and Garcelle on her Story, which was also shared by the Queens of Bravo. 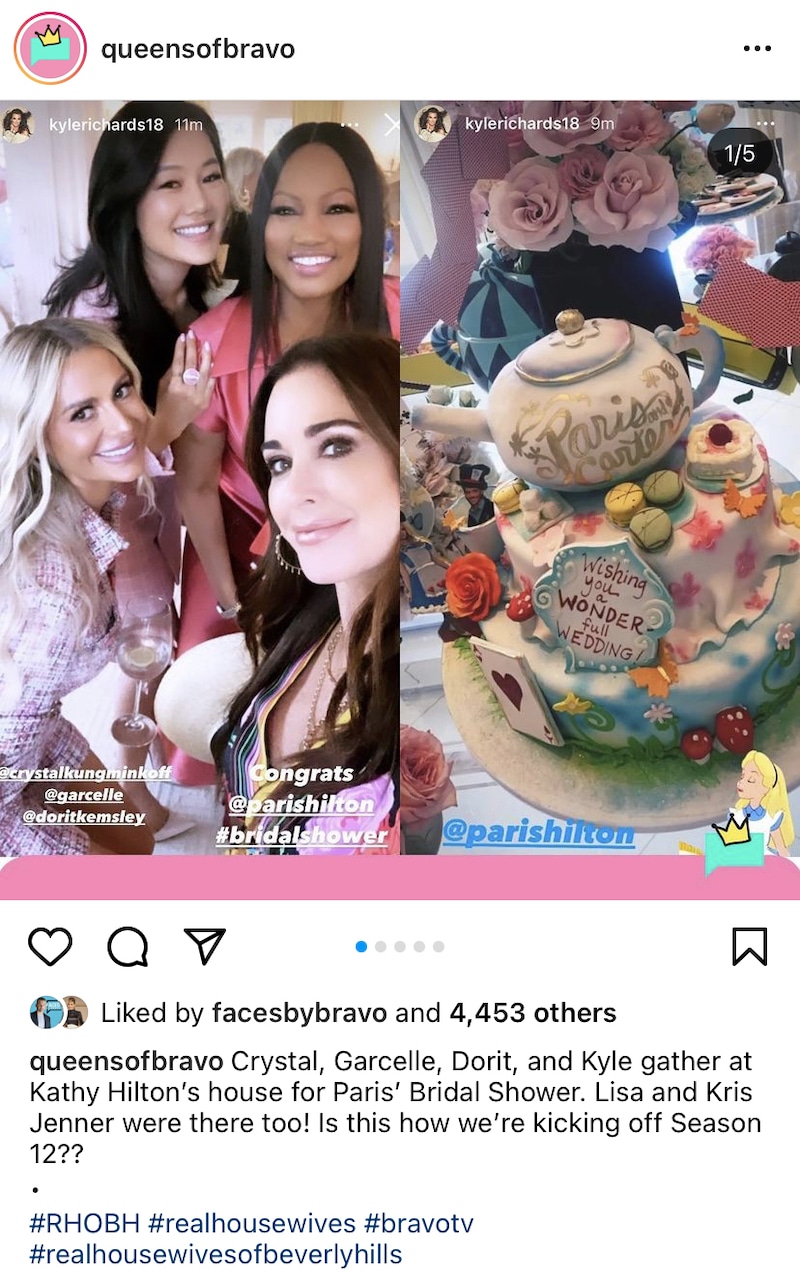 Meanwhile, on Garcelle’s Instagram page, she shared a series of photos with her fans and followers, one of which featured her and Paris.

“Congratulations [Paris Hilton] your bridal shower was just as fabulous as you are,” she said in the caption.

In other photos, Garcelle was seen smiling happily with her castmates, including Kathy. 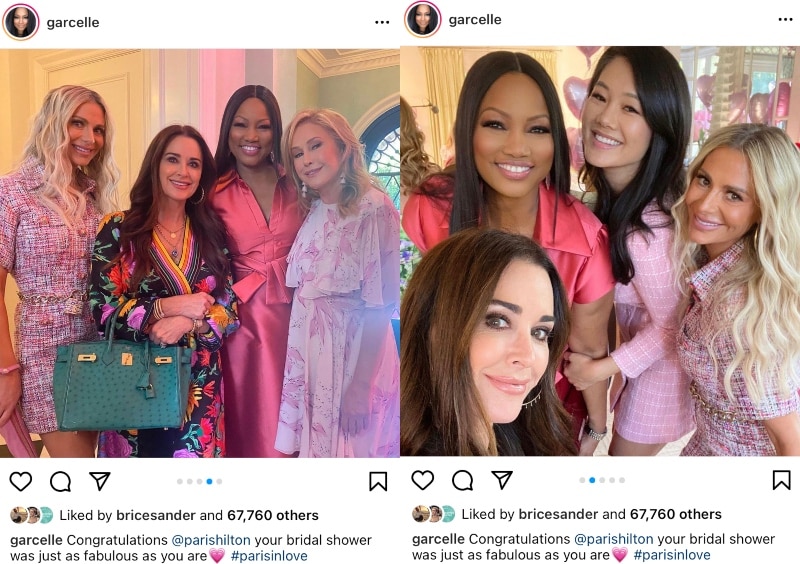 As fans of RHOBH will recall, Garcelle and Dorit butted heads during the first installment of the season 11 reunion, with Dorit screaming at Garcelle and accusing her of not letting her finish as she opened up about the alleged “jabs” she took from the actress throughout the season.

Garcelle also went head-to-head with Lisa at the taping after suggesting she had been told that Lisa didn’t want race discussions to come up on the show.

Kathy also took to her Instagram Story amid the event, where she shared a photo previously posted by a Bravo fan page, who seemingly slammed Dorit as a “Karen” and put a heart around Garcelle and Kathy as Kyle stood beside them. 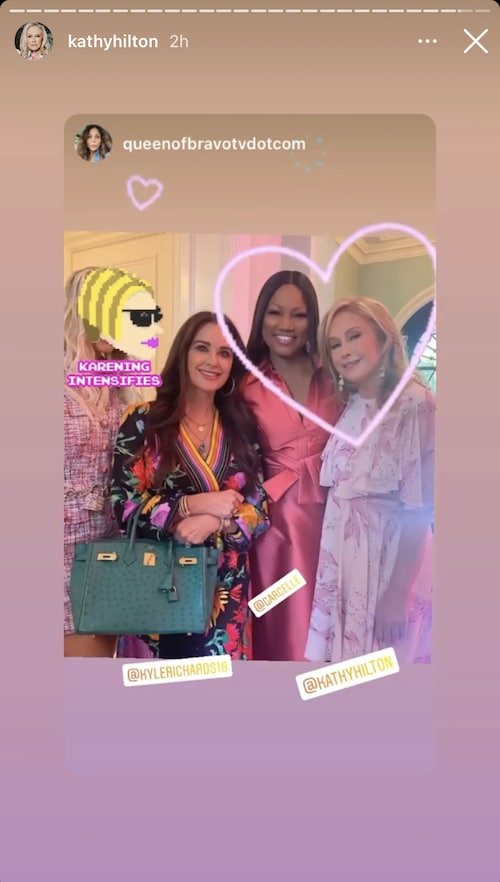 Although it wasn’t confirmed whether or not Bravo cameras were present for the event, a report from TMZ last week suggested that filming was set to begin soon because producers didn’t want to miss out on key moments of the ongoing Erika Jayne legal saga.