Home Real Housewives of Orange County News RHOC’s Heather Dubrow On How Long It Took Shannon to Reach Out After Party Drama, Threatens Her If She Ever Messes With Her Family Again

RHOC’s Heather Dubrow On How Long It Took Shannon to Reach Out After Party Drama, Threatens Her If She Ever Messes With Her Family Again 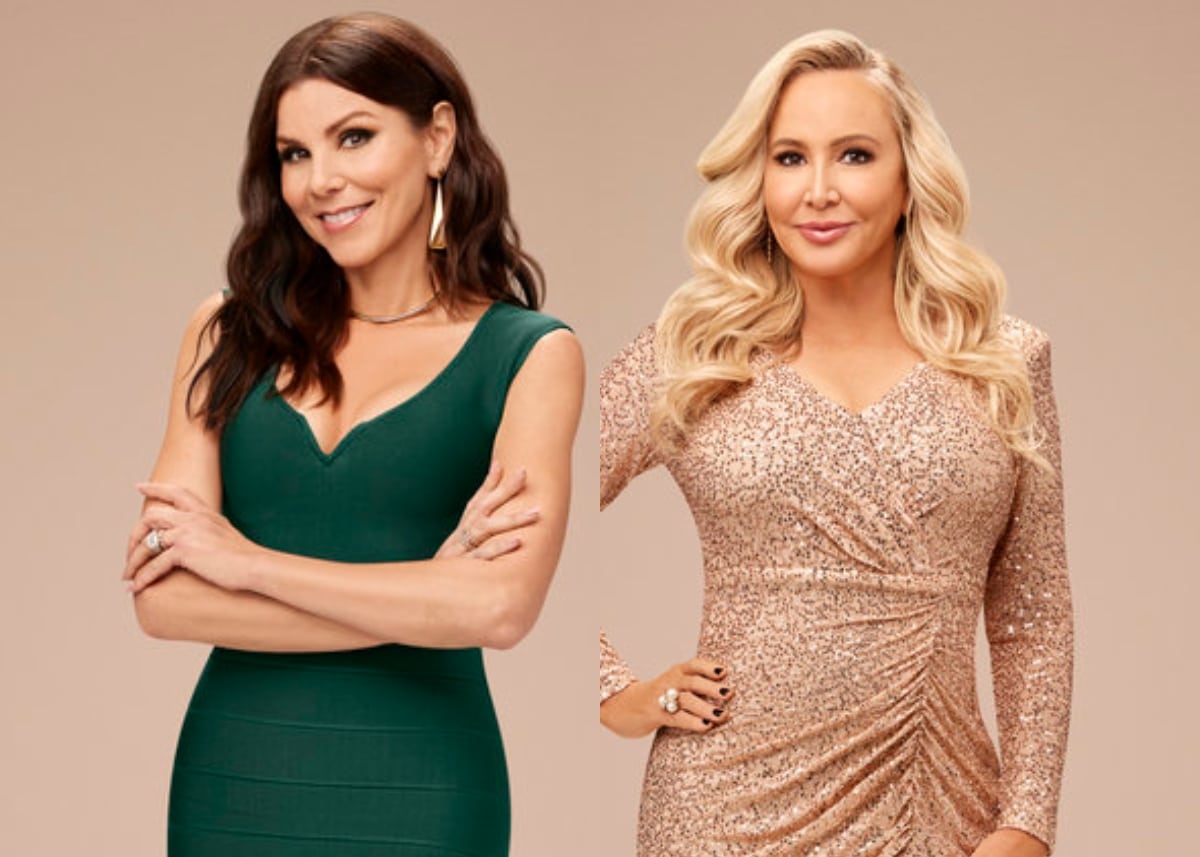 Heather Dubrow is showing no mercy to fellow RHOC housewife Shannon Beador. After “The Sushi Party from Hell,” it has become crystal clear what Heather really thinks about Shannon’s behavior, and it’s not just looking bleak — it’s downright “threatening.”

On the latest episode of The Real Housewives of Orange County, castmate Emily Simpson threw a party for her husband, Shane Simpson, for finally passing the BAR exam. The party soon took a dark turn as Heather and Shannon sat down for their first face-to-face conversation since Shannon was blamed for not only ruining Heather’s sushi gathering but also being the mastermind behind the reveal of Nicole James’ past legal troubles with the Dubrow’s.

Heather made it very clear to Shannon that their friendship was in ruins.

“If you ever come after me or my family ever again, you’re going to lose a lot more than just my friendship,” Heather said while Shannon pleaded for forgiveness. “This will cost a lot. And I’m not saying that as a threat, I’m saying it as a promise.”

Speaking to Insider, Heather revealed that it took at least a week before Shannon even contacted her to apologize or even discuss ruining her party.

“What I remember is: It took Shannon almost a week to reach out to me,” Heather told Insider, adding that “that’s not okay.”

When Heather did finally get a text response from Shannon, Heather chose her words very carefully.

“Shannon—I’m surprised I’m just hearing you now, but I don’t care to adjudicate your behavior over the past few weeks via text nor do I have time in my schedule to listen to more of your rhetoric,” Heather’s text began. “The point isn’t so much what you said, since there’s nothing to hide, it’s that you would pass on information that could be twisted and could have hurt my husband, his career, and thereby our family.”

At Emily’s party, Shannon tried to reconcile why it took so long for her to reach out and apologize.

“I didn’t reach out to you immediately because you didn’t want to accept my apology, you said that to me that night,” Shannon said, before explaining, “My friendship with you means something to me and I care about you and Terry.”

Shannon has since spoken to Entertainment Tonight, saying that it “was not the intent all” to cause drama after sharing Nicole James’ prior dropped lawsuit with Terry that was about a decade ago.

“I still can’t believe it. I can’t grasp it,” Shannon mused, before adding, “You can’t script that kind of drama. I would never want to hurt somebody. And if they don’t believe me, then there’s nothing I can do about it.”

I don’t see either of these two ladies waving any white flags anytime soon.

The Real Housewives of Orange County is currently airing Wednesday nights at 9 pm EST on Bravo.