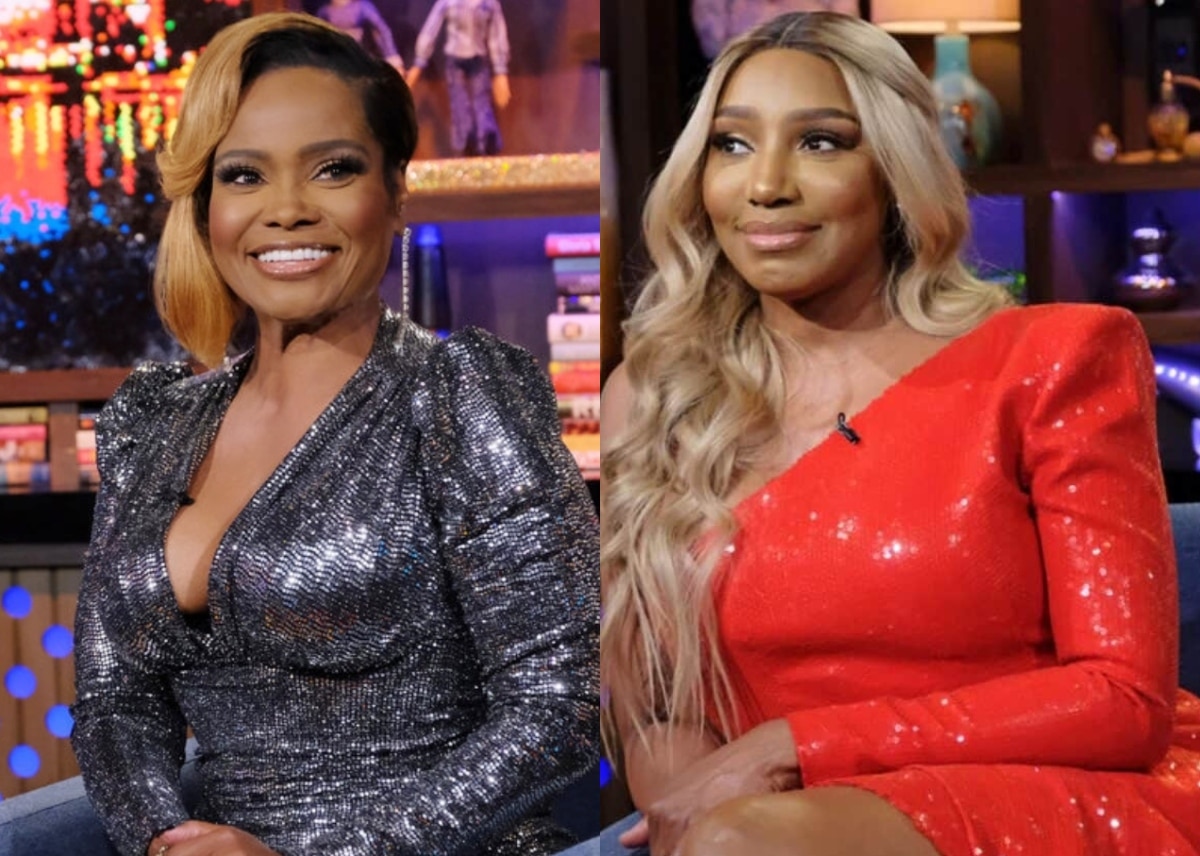 Married to Medicine star Dr. Heavenly Kimes is known to speak her mind, and that’s exactly what she did during an Instagram Live session with fans. Dr. Heavenly gave her take on RHOA alum NeNe Leake’s new relationship with Nyonisela Sioh, and she did not hold back.

Things started off well as Dr. Heavenly said she was happy for Nene and that she had late husband Gregg Leakes’ blessing to be happy.

“Her husband gave her the go-ahead to live her life and do what she wants to do,” she said.

Dr. Heavenly went on to explain that she could empathize with what NeNe’s going through.

“It’s hard being out there by yourself. She’s a celebrity, probably a lot of dudes at her,” she said, adding that NeNe had “stood behind” Gregg while he was battling cancer and it “was okay for her to move on.”

However, in terms of moving on so quickly and so publicly, Dr. Heavenly was not impressed by NeNe’s constant posting on social media. She also noted that not everything is meant to be public and the importance of keeping some things just for yourself.

“I wouldn’t have touted this dude. Not me, I would have had nobody this soon. Even if I did, I wouldn’t have posted them,” she said. “Nobody would know who I was sleeping with. Not everything is for Instagram. Maybe I am wrong.”

She concluded, “I just wouldn’t have posted him up.”

But, hey, that’s just NeNe being NeNe. In addition to posting up a storm with her current boyfriend, Nyonisela, new photos have recently surfaced online of Nene hanging on a young man, Temper Boi, who says that the two are/were involved.

“We’re more than cut buddies, but less than exclusive,” Temper Boi posted, adding he wishes nothing but the best for NeNe.

If NeNe is happy and is staying true to her “close your legs to married men” mantra, I think our OG RHOA star is going to be just fine with or without Dr. Heavenly’s relationship advice.