Home Real Housewives Of Salt Lake City News RHOSLC’s Mary Cosby Slams Meredith Marks For Criticizing Racist Remarks Towards Jennie, Tells Her to Focus on ‘Her Own Issues,’ and Shades Her as “Switzerland”

RHOSLC’s Mary Cosby Slams Meredith Marks For Criticizing Racist Remarks Towards Jennie, Tells Her to Focus on ‘Her Own Issues,’ and Shades Her as “Switzerland” 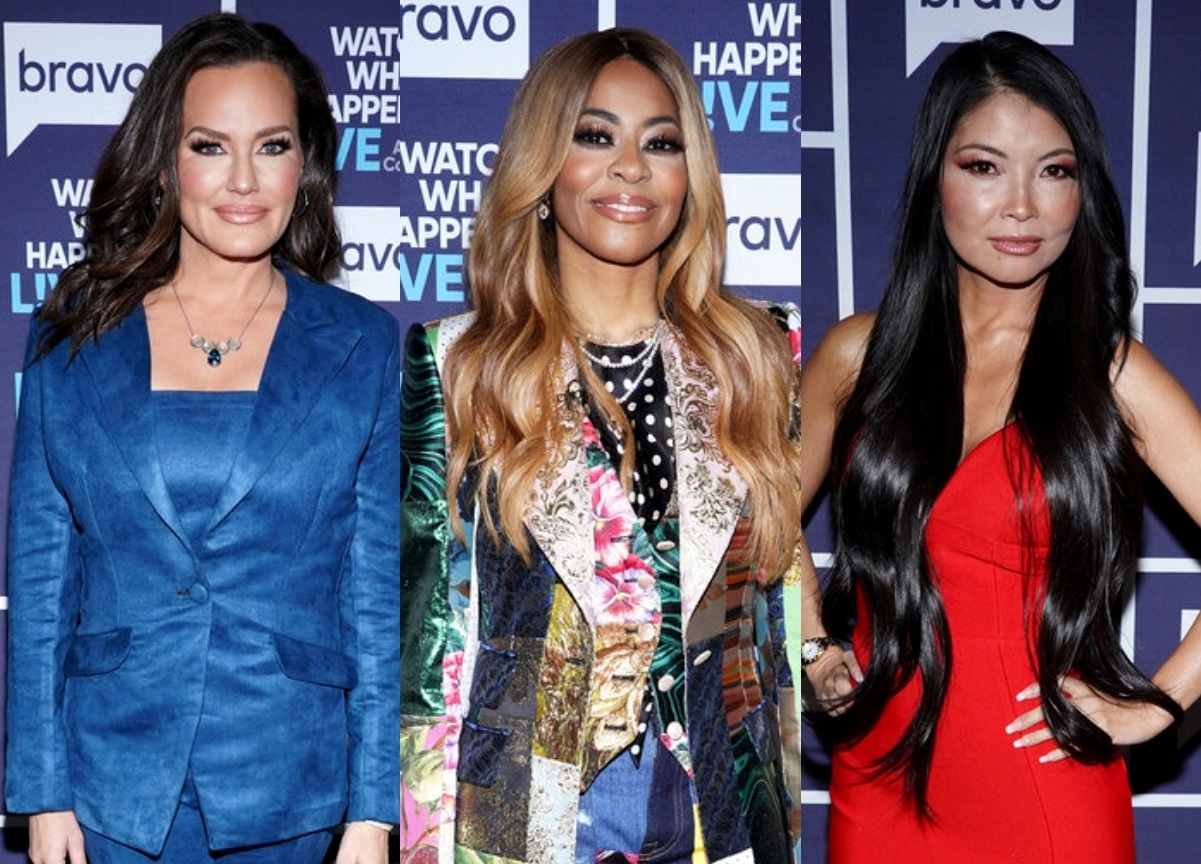 The latest episode of Real Housewives of Salt Lake City that aired Sunday night was definitely one for the books.

The episode showed the ladies, mainly Jennie Nguyen, coming after Mary Cosby’s racist remarks and her lack of understanding of how her use of “slanted eyes” could be construed as racist. (Have we not learned anything from Brandi Redmond’s scandal, anyone?)

All of the cast were in attendance for Whitney Rose’s brand relaunch when Jennie brought up the issue. Everyone except Mary and, surprisingly, Meredith Marks seemed to understand the frustration over using the term.

Shockingly, Meredith only muttered that she was unsure if she would use the term but didn’t outright agree with Jennie.

However, the drama didn’t stop there. During a live-tweeting session that can only be described as cringey and tone-deaf, Mary decided to hurdle insults at Meredith for seemingly not having her back and defending herself in a series of very inaccurate tweets.

It all started when Meredith tweeted, “I later talked to Mary one on one in hopes that would be productive. I also made sure Jennie knew that she has my support. Please be patient. #rhoslc”

Well, Mary was NOT having it, comparing Meredith to “Switzerland” — i.e., not being able to pick a side.

“Really Meredith??” she tweeted. “You had a conversation with me hoping it would be productive!! You was there….you seen I was coming from a place of a compliment! Stop acting like your teaching me..you have your own issue to be productive on…You never have the right answer..Switzerland” 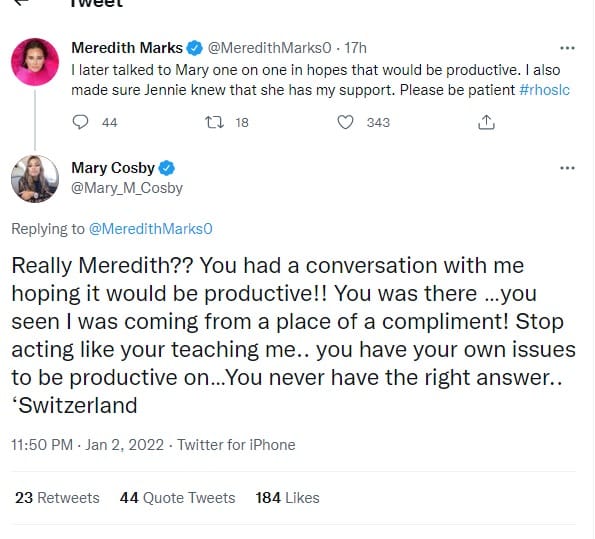 Things only got worse from there after a fan tweeted, “Wtf is going on with @MeredithMarks0?? How can she possibly say she doesn’t know if saying slanted eyes to an Asian person wouldn’t be offensive??”

Mary probably gave one of the worst responses in housewives history, setting the definition of racism back decades.

“Because she understands that I wasn’t coming from a place of racist! I was complimenting! I’m not racist by definition! Sick of people judging me as if you can!” she tweeted back. 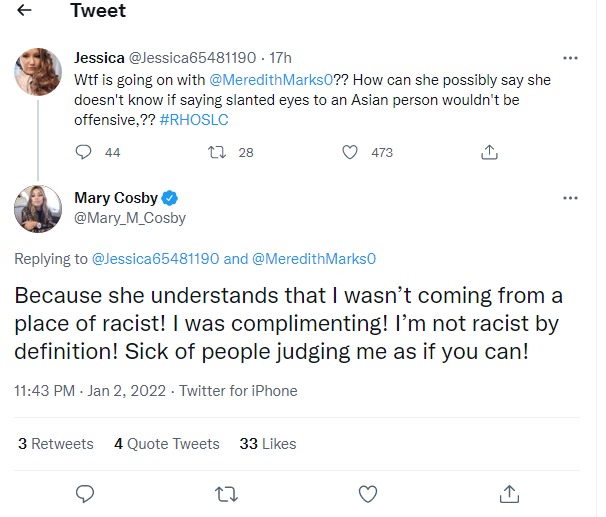 Um, what? Are we hearing this correctly? Did she say because she is Black that she is immune to being racist? Oh, boy.

Then, @QueensofBravo posted, “We’re barely 5 minutes into #RHOSLC and Mary is already mimicking Jennie’s accent.” Mary then responded to them and tried to throw back some of the shade at co-star Lisa Barlow.  (Who she also called “two-faced” in the episode.)

Mary wrote, “Lisa B. Did it throughout the entire season…mine is the only one that aired! They can pick…all day…I Always know what my intentions are! ….” 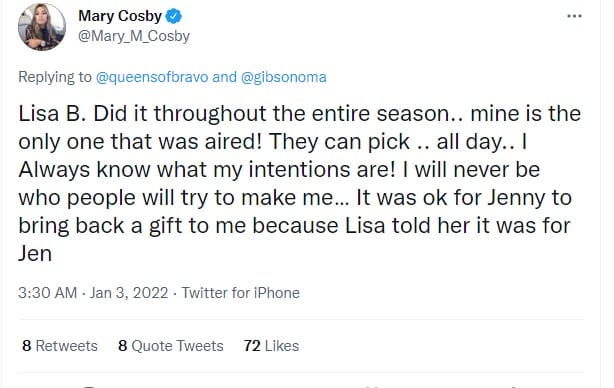 Honestly, I’m not sure if Mary truly does know how her “intentions” are coming across.