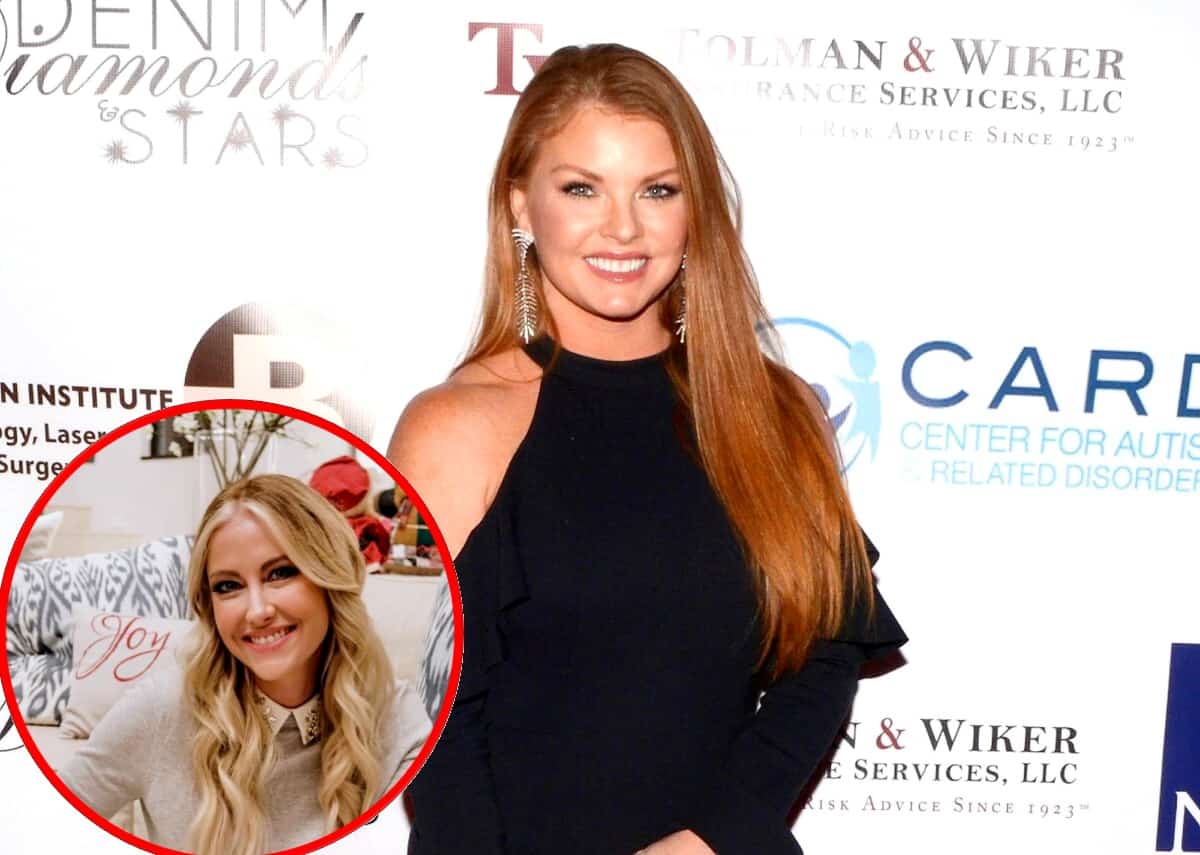 Real Housewives of Dallas star Stephanie Hollman reveals her friend and castmate Brandi Redmond has checked into a wellness center a week after her controversial video resurfaced online.

Brandi has been under fire this week after an old video of her making fun of Asian people resurfaced online. This video came as quite a shock to fans after learning how disappointed she was in co-star LeeAnne Locken for her on-screen racist behavior toward newbie housewife Kary Brittingham. But perhaps all the online backlash was too much for Brandi to bear as news recently leaked that she checked into a wellness center.

When a fan of Brandi and Stephanie’s podcast, Weekly Dose of BS complained about Brandi’s absence from the January 9th episode on Instagram, the show’s account replied candidly.

“Brandi has checked in to a wellness center to reflect and better herself. She will be back with us next week ????❤️” the Weekly Dose of BS Instagram account wrote in the comment section of their post on Thursday. “We support her on this journey of healing and ask that you join us in that!” 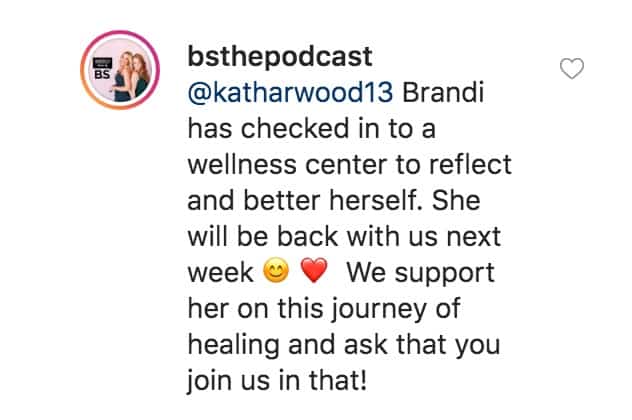 Brandi’s costar and best friend Stephanie also confirmed the news on Twitter on Friday morning in response to a frenzy of fans who wondered if the news was actually true.

“Yes, she has checked in to a therapeutic healing center.” Stephanie wrote of her friend. “I am sending her lots of love and prayers during this time of reflection and healing- I hope you can join me in that! We should all spread more love through social media ❤️”

Yes, she has checked in to a therapeutic healing center. I am sending her lots of love and prayers during this time of reflection and healing- I hope you can join me in that! We should all spread more love through social media ❤️ #RHOD

Brandi was first reluctant to apologize for her actions after the video, which was posted by LeeAnn’s wedding planner Steve Kemble on his Twitter account on January 1, first resurfaced online and even defended them in a series of tweets. However, Brandi finally showed remorse for what she had done and apologized for her insensitivity in a Twitter post on January 4.