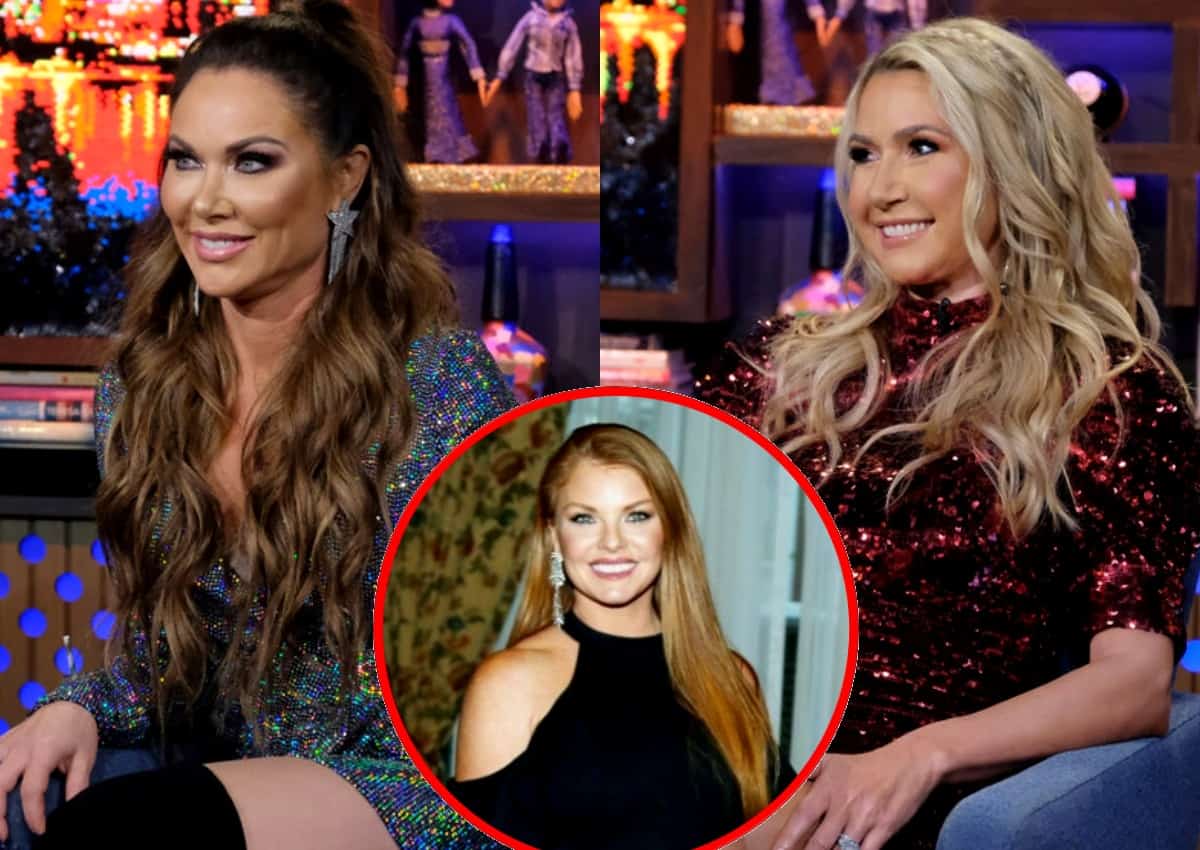 LeeAnne Locken will be seen giving Kary Brittingham the middle finger on the upcoming Real Housewives of Dallas reunion.

Also below, the RHOD cast reveals what surprised them most about the fourth season of the Bravo reality series during backstage interviews at the taping. But first, LeeAnne reacted badly after Kary called her charity efforts into question and requested LeeAnne provide proof of her donations.

“Everything you do is just about you. You never care about anybody but yourself,” Kary told LeeAnne in a sneak peek.

“Really? That’s why I do so much f**king charity work… because it’s all about me,” LeeAnne laughed.

“Well yeah, so you can say you do charity,” Kary agreed.

After LeeAnne told Kary her comment was the rudest thing she’d ever heard and vowed to continue to pay it forward, Kary wanted to know how much of her own money LeeAnne had given to charity.

“How much have you donated to [charity events]… from your bank account?” she wondered.

“I’ve donated money from my bank. I just fulfilled the wish list for the Hope Cottage for Legacy Counseling,” LeeAnne explained.

“Really? Why don’t you show me your financial commitments?” Kary fired back.

In response, LeeAnne gave Kary the middle finger as she slammed her co-star for being “ridiculous” and acting “hateful.”

Prior to the reunion taping, a number of RHOD cast members spoke to Bravo about what surprised them most about recent episodes and not surprisingly, the topic of LeeAnne and her racially-charged comments towards Kary were center-stage.

“I was not privy to the conversations that were being had regarding Kary that LeeAnne was having with other people. So when I saw that, I was in shock, honestly,” D’Andra Simmons revealed.

During one particularly offensive moment, LeeAnne slammed Kary as a “chirpy Mexican” during a conversation with Kameron Westcott. Then, during another moment, she was seen yelling at Kary, telling her she thought she was “all Mexican and strong.”

“What surprised me the most is the level of hatred. It just seems very racist and I’m very disappointed in her. It’s just disgusting and nasty,” Brandi Redmond shared.

“That was really hard to watch. I had no idea that was how she was feeling,” Kary agreed. “I didn’t know that me being from Mexico had anything to do with why we didn’t get along.”

After LeeAnne’s comments were aired on RHOD, Andy Cohen spoke out against her on Watch What Happens Live, slamming her for making such “vile, disgusting slurs.”

Around the same time, LeeAnne offered a public apology on Twitter.

The two-part Real Housewives of Dallas reunion begins airing on Wednesday, January 1 at 9 p.m. on Bravo.