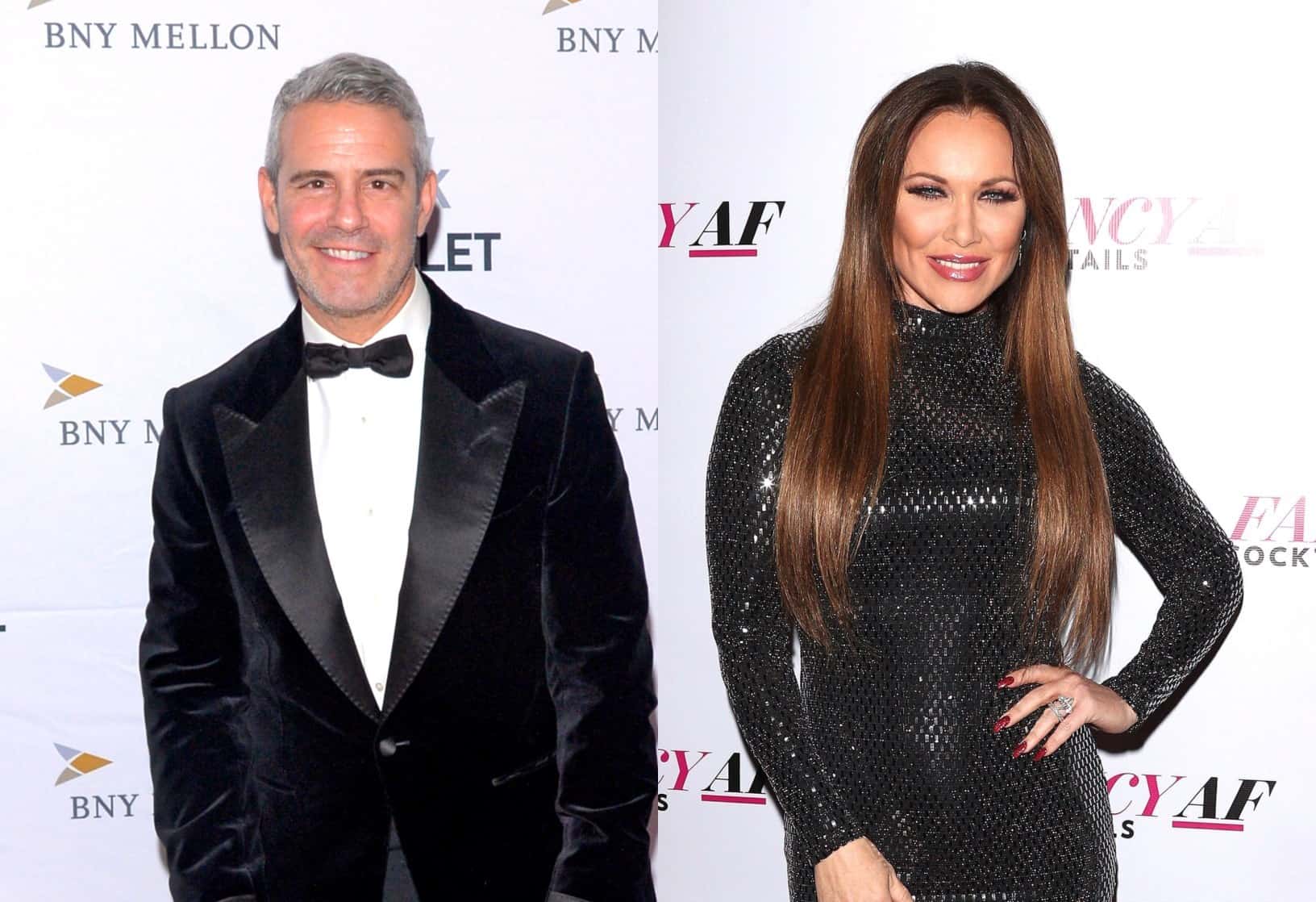 Andy Cohen addressed the comments LeeAnne Locken made about Mexicans on the latest episode of The Real Housewives of Dallas during last night’s episode of his late-night talk show, Watch What Happens Live.

During last night’s episode of the RHOD, LeeAnne was seen referring to Kary as a “Chirpy Mexican” as she continued to bring up her Mexican nationality while disparaging her.

“That f–king c–t wants to prove how f–king tough she is because she’s from Mexico,” LeeAnne added about Kary.

Later on his WWHL show, Andy shared a sneak peek at the season four finale and slammed LeeAnne for making “vile, disgusting slurs” against Mexicans, including her new co-star, Kary Brittingham.

“On next week’s [RHOD] finale, LeeAnne is finally confronted for her vile, disgusting slurs against Mexicans, ugh take a look,” Andy said as the clip began.

In the RHOD sneak peek, LeeAnne sits down for a chat with Kary, who takes aim at her for calling her derogatory Mexican names.

“I grew up with a Mexican family,” LeeAnne pointed out, attempting to give Kary a reason for her comments. “I used a word you used!”

“In today’s climate, you can’t say stuff like that,” D’Andra Simmons warned.

As the clip continued, LeeAnne dug an even deeper hole as she proclaimed that she’s slept with “plenty of Mexicans.”

“I don’t care that you’re Mexican. I’ve slept with plenty of Mexicans, by the way. Hot f**king lovers, okay? I sat in Julio Iglesias’ lap,” she told the cameras.

“I pointed that out at the reunion for the 90 minutes we talked about this and you will see all of it, unfortunately,” he teased.

Prior to the clip being shared, LeeAnne posted a public statement on her Twitter page.

“I am deeply sorry to those that I have hurt or offended with some of my comments on Real Housewives of Dallas Season 4,” she wrote. “It was never my intention to hurt anyone and I will use this as a learning experience to be more aware of my comments in the future. My commitment moving forward is to continue my work fighting for equality and acceptance of all humans.” 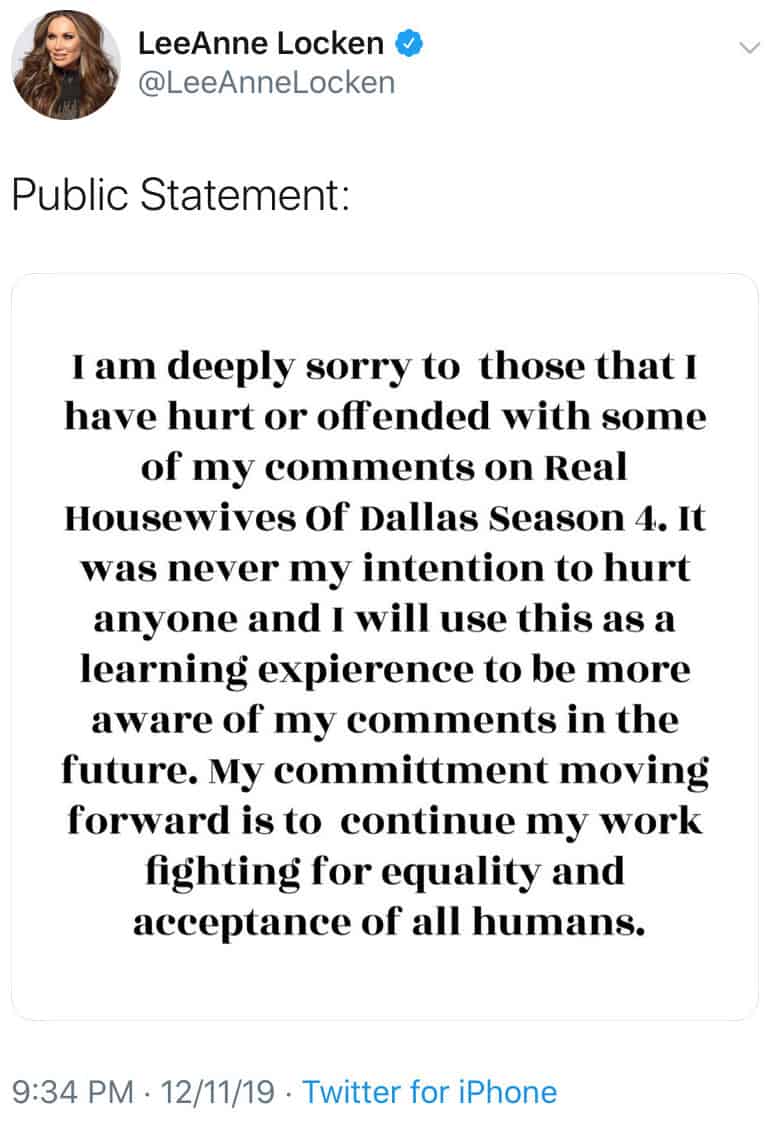 LeeAnne also spoke about the comments she made on RHOD, and the allegations of racism that ensued, during an interview with Entertainment Tonight earlier this month.

“Anybody who knows me anywhere around the country from WeHo to Dallas knows that I believe in inclusion and equality, and I will fight and die for making that happen and I don’t know how you can have [a racist] label and an ally label,” she said.