Home Real Housewives of Orange County News Tamra Judge Reveals Who She Was Afraid of After Joining RHUGT, and Offers Update on Vicki’s Breakup

Tamra Judge Reveals Who She Was Afraid of After Joining RHUGT, and Offers Update on Vicki’s Breakup 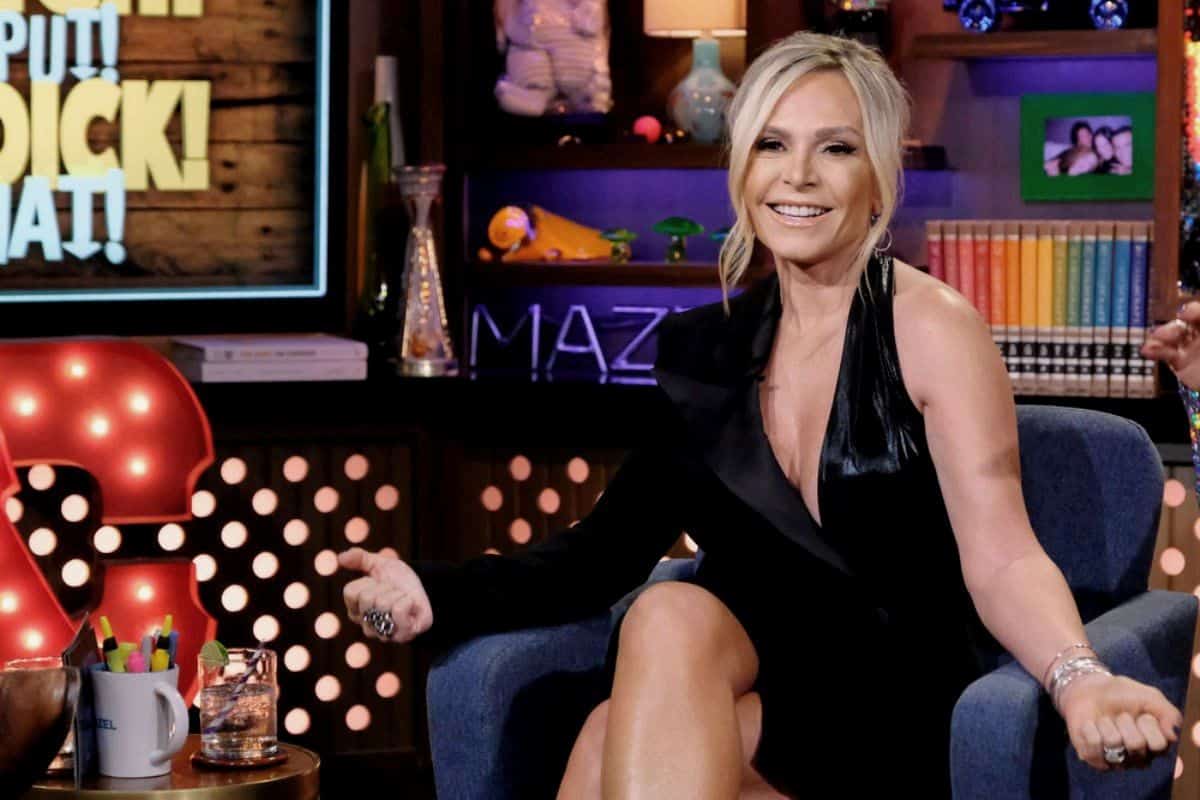 RHOC alum Tamra Judge is opening up about the “hurt” she felt after being let go from The Real Housewives of Orange County after being a staple on the show for over a decade. She also is dishing on her new podcast with Teddi Mellencamp and who she was actually “afraid” of upon joining the upcoming second season of Real Housewives: Ultimate Girls Trip.

Speaking to the E!’s The Daily Pop, Tamra, 54, admitted, “It stung for a while. It was 12 years of my life, and I had a routine that I was doing. I felt rejected. I felt sad. It was the beginning of the pandemic, and it was hard. It took me a while [but] I’m not bitter, I love Bravo. They’ve given me so much and such a great platform. I was able to build two great businesses on the show.”

Now, Tamra’s up and moving forward with her life with a new podcast with RHOBH alum Teddi that has been doing well. She is also making her return to Bravo on the new season of RHUGT, which takes place in RHONY star Dorinda Medley’s infamous Blue Stone Manor.

Tamra went on to dish that the experience was “insane.”

“It kind of got me back into it for a while,” she said. “Then I thought, ‘Oh my god, how did I do this for 12 years?’ Because my life off has been less stress, [more] enjoyment, spending a lot of time at home. And now we’re going full throttle with the Girls’ Trip.”

“It was really fun,” Tamra continued. “I was a little afraid to go because Brandi [Glanville] was on it and her and I were not in a good spot, so I thought, ‘Oh gosh, here we go!’”

However, the pair ended up becoming “really good friends.”

Nowadays, Tamra is super focused on her Two T’s in a Pod podcast with Teddi.

“It’s been so exciting for me,” she said. “There’s a fine line because I don’t want to piss anyone off because I want them as a guest.”

One person who she won’t be ticking off is long-time pal Vicki Gunvalson. Vicki has been going through a rough public breakup with her ex, Steve Lodge, and Tamra has got her girl’s back.

Speaking to Teddi on the Two T’s in a Pod, Tamra explained, “[Vicki’s] really sad about it, she’s having a hard time. She just can’t understand. She doesn’t want to be single.”

Elaborating further, Tamra continued, “She’s coming up on her 60th birthday and all she can talk about is, ‘I don’t want to be single! I am 60, I want to be in a relationship.’”

Tamra says she allegedly knows when things began to fall apart for Vicki and Steve. It was after Vicki bought a retirement condo in Puerto Vallarta in February 2020.

“[Steve] was there full time, and [Vicki] has a job. She’s got an office, she owns a business, so she couldn’t be there all the time,” alleged Tamra.

She added, “Then there started being this distance. They started fighting, and then he blocked her on Instagram. It started to become very high school-ish.”

Be sure to tune in to RHUGT season two, which is set to air sometime on Peacock in early 2022, to see Tamra’s return. Plus, check out her Two T’s in a Pod podcast with Teddi.