Home Real Housewives of Orange County News RHOC’s Kelly Dodd Accuses Gina and Emily of Being “A** Kissers” and Imitates Them With Rick, Asks Intrusive Questions About Emily’s Sex-Life

RHOC’s Kelly Dodd Accuses Gina and Emily of Being “A** Kissers” and Imitates Them With Rick, Asks Intrusive Questions About Emily’s Sex-Life 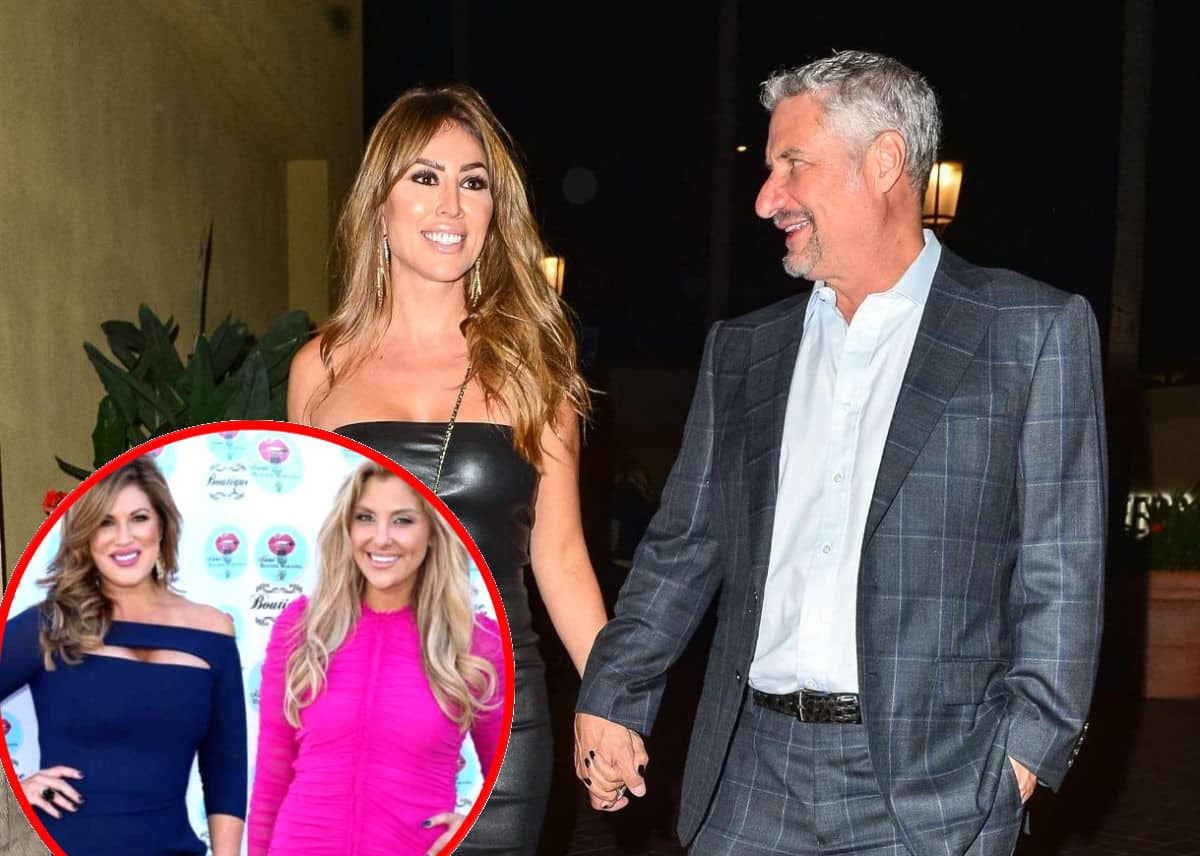 Real Housewives of Orange County alum and outspoken critic of pretty much any and everything Kelly Dodd and her husband Rick Leventhal are stirring the pot yet again. This time is all seems to be about RHOC cast members Gina Kirschenheiter and Emily Simpson and all things butt-related. Yes, you read that correctly.

On a recent episode of Rick and Kelly UNMASKED, the couple went on the offense, claiming Gina and Emily are all up in Heather Dubrow’s “a** .”

They even demonstrated an, um, interesting depiction and posted it with, “Gina all up in Heather’s butt like… that’s not even kissing a** that’s, like, licking it!”

Gina all up in Heather’s butt like… Check out our #RHOC recap on our Rick & Kelly Unmasked YouTube channel & subscribe to our show on https://t.co/ZFGL823TAP for much more pic.twitter.com/v1veNZR51J

The two also claimed that Emily doesn’t move “the needle,” and she is “flying under the radar” and not making for good television. Kelly then stated, “There’s no way she’ll be back on next year.”

Taking it a step further, after Emily appeared on Watch What Happens Live with Andy Cohen and posted a tweet promoting it, Kelly jumped in the comments, where she tweeted a loaded and awkwardly inappropriate question at Emily.

Kelly tweeted, “We all want to know if you had butt sex or not! I love that was the cliff hanger!! Did he use lube or spit?” 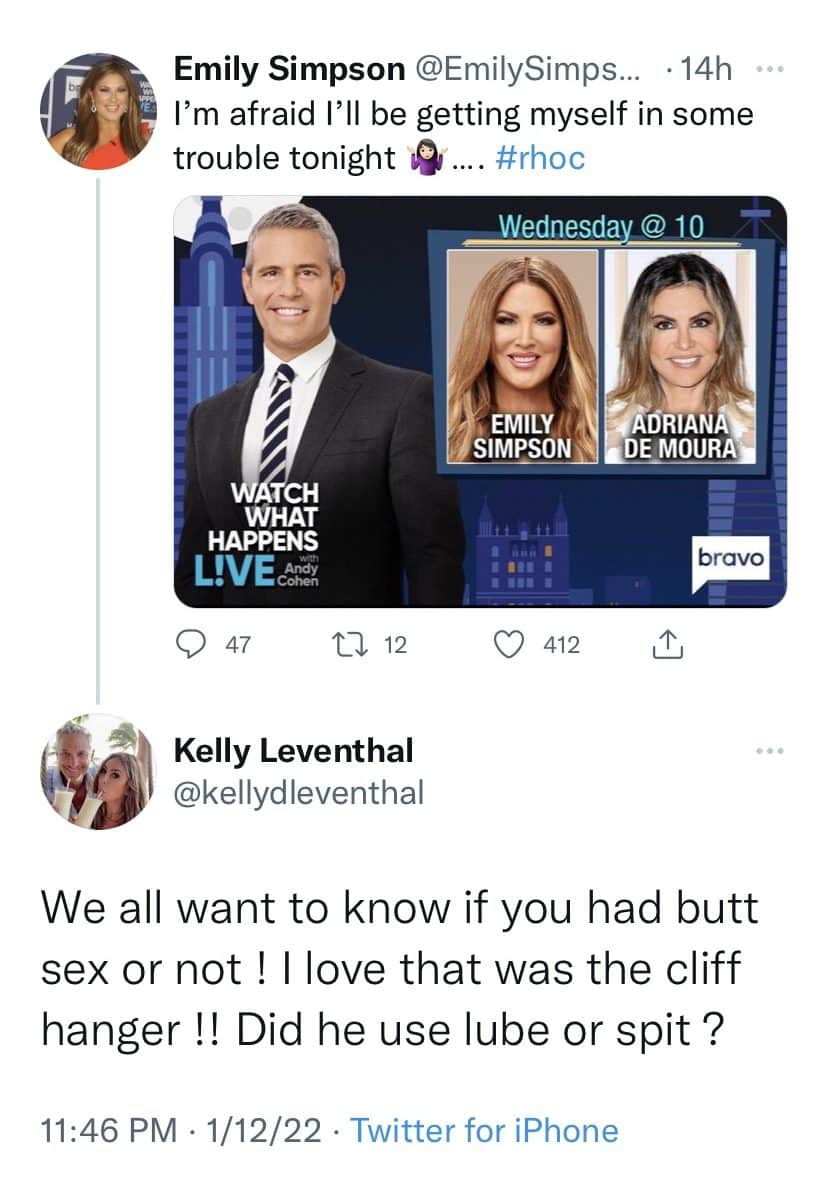 Well, this is a new shocker even for Kelly. Where is she getting all the “butt sex” stuff from? You can’t say the woman doesn’t lack opinions or impropriety.

What do you think of Kelly and Rick’s rather invasive form of questions? Too much?