Home Jersey Shore Jersey Shore’s Snooki Claps Back at Andy Cohen for Refusing to Consider Her for RHONJ, Calls Him “Aggressive” and Tells Him to “Calm Down”

Jersey Shore’s Snooki Claps Back at Andy Cohen for Refusing to Consider Her for RHONJ, Calls Him “Aggressive” and Tells Him to “Calm Down” 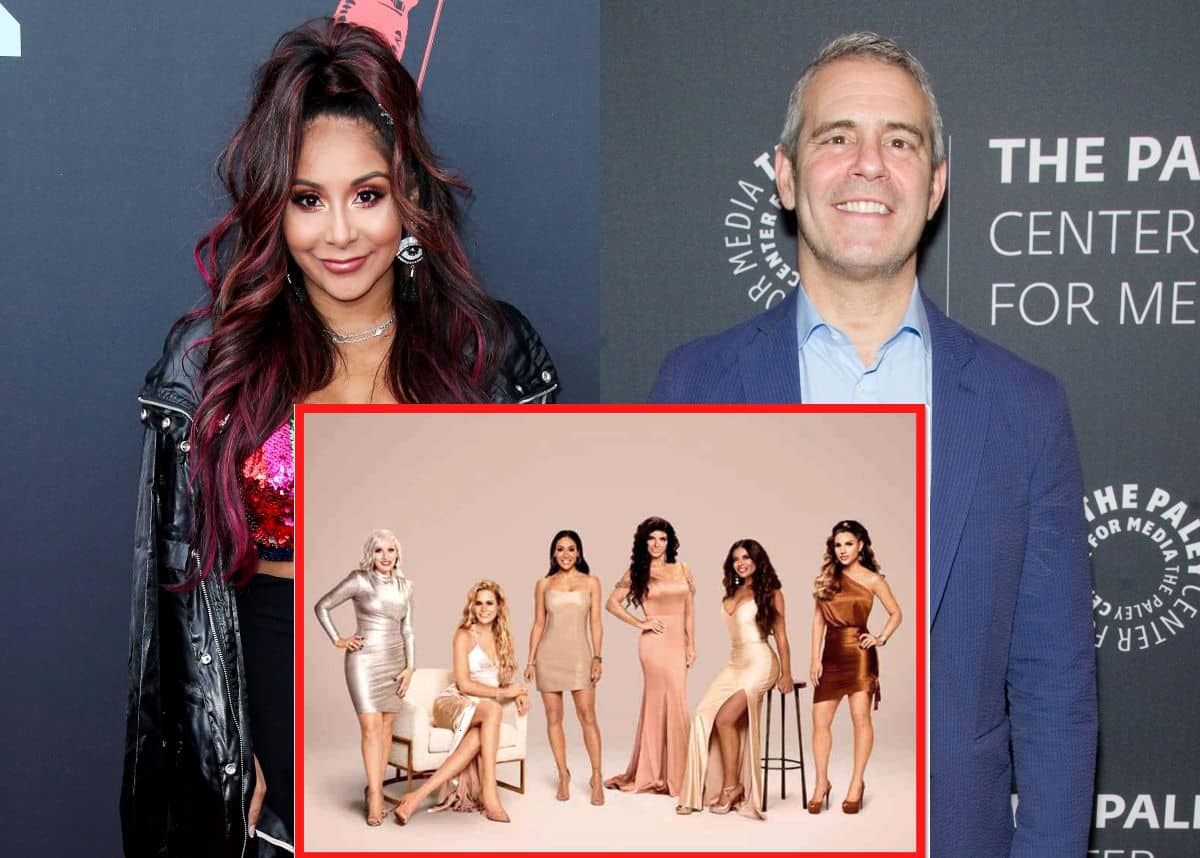 On her podcast, Melissa Gorga revealed Andy Cohen is against hiring Nicole “Snooki” Polizzi for the Real Housewives of New Jersey. Melissa felt the Jersey Shore star was a good fit for the franchise.

In an interview for the Everything Iconic podcast, Snooki addressed Andy’s animosity. When asked if she was on good terms with Andy, she responded, “I always had a good time with him, and we would go on his show and stuff like that.”

“But ever since people bring up me being on the Housewives, he’s just like, ‘Not a chance! Not happening!’” she said.

Snooki didn’t understand why the Bravo host felt this way, and she wondered what she did to cause such remarks.

“I don’t want to be on the Housewives because it’s not my thing,” she said. “Like, the drama and legal s**t. I’m just here to have wine and go home.”

She said she’d only want to film if it was a “cameo here and there.”

Melissa revealed Andy’s message on her On Display podcast: “[Andy] gives her such a hard no. He’s just like, ‘Don’t even say it.’ Whenever I would go to him and be like ‘Hello! She’s married now, she has three kids, she lives around the block. She’s great for this, I think,’ and he just looks at me like ‘No.’ …He is just not having it.”

She also said, “He won’t even accept her for Watch What Happens Live anymore.”