RHOC: Heather Dubrow’s 15-Yr-Old Daughter Kat Comes Out as a Lesbian, Plus Heather Recalls Finding Out Was a “Total Mom Fail” 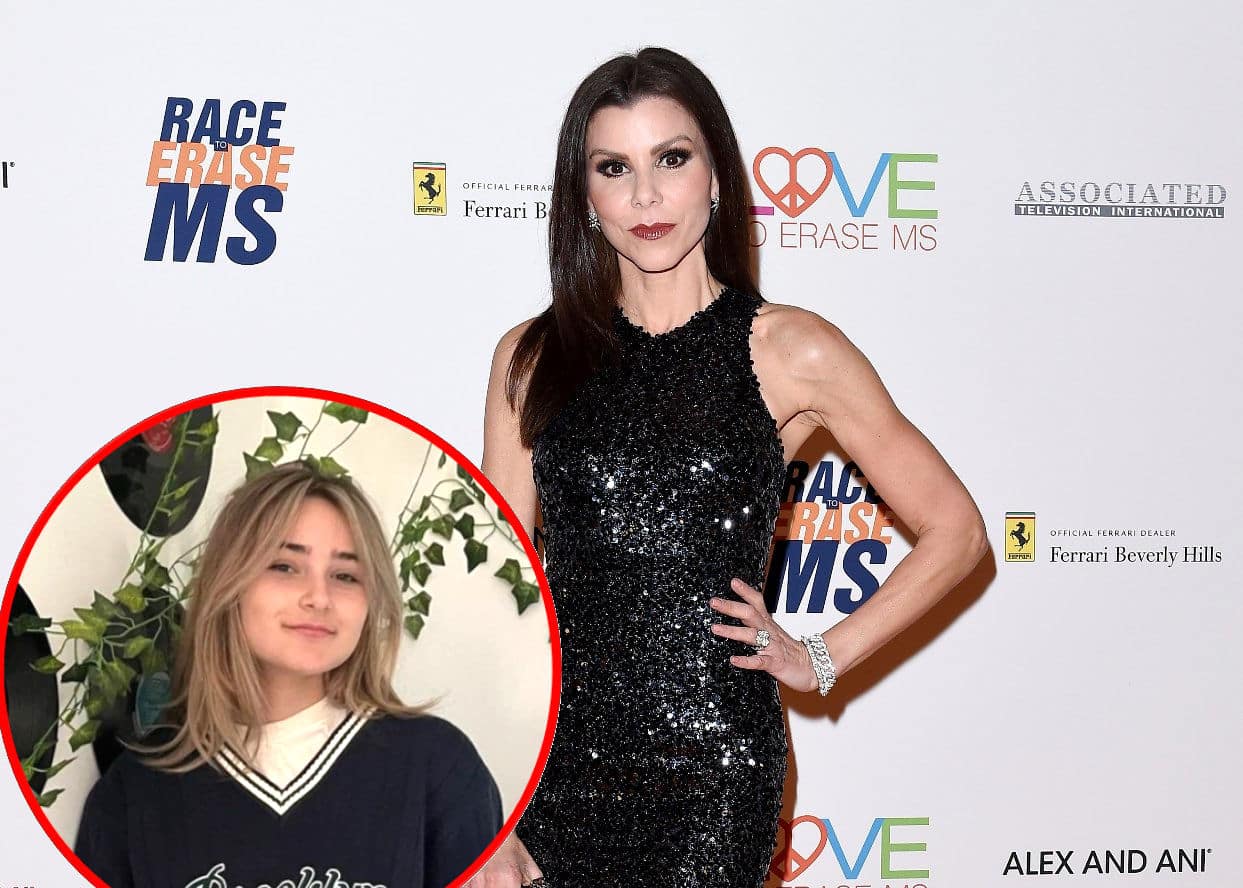 The Real Housewives of Orange County’s Heather Dubrow’s second daughter, Kat, 15, has officially come out as a lesbian, and her family could not be prouder as Heather recounts how Kat’s confession hilariously went down.

Speaking with People, Heather recalled finding out from Kat in their family’s group chat and called it a “total mom fail.”

“Kat decided to drop in our family group text, ‘By the way, I’m a lesbian.’ And I didn’t see it,” the RHOC star said.

Instead, Heather was more worried about who let their dogs use the bathroom in their infamously gigantic mansion!

“I didn’t see it, and I was mad because the dogs pooped in the house, so I wrote back, ‘Who let the dogs poop in the house?’ It was a total mom fail, and they’ve never let me forget that,” Heather said.

As fans know, Heather and her husband, Dr. Terry Dubrow, are very open-minded parents and are a continuous pillar of support for their children, twins Nick and Max, 18, Kat, 15, and Coco, 11. Their eldest daughter Max, 18, came out as bisexual last year.

“Even if she doesn’t understand something, my mom tries very hard and she learns and teaches herself and she grows with us,” said Max, who authored a guidebook for LGBTQ+ and their parents in 2021 entitled I’ll Give It to You Straight-ish.

Kat also added, “She’s asked me trillions of questions that really show she cares. She’s asked me about my pronouns. It’s really easy to talk to her. It’s not like I have to build up courage if I have something to tell her.”

“All I cared about was creating an environment where they all felt safe, comfortable, and happy,” Heather explained.

As open and accepting as Heather and Terry are, the family is not without their fears in a still divisive world.

“Even though our family is very inclusive and accepting, of course you worry about what people are going to be like out in the world. And on social media,” Heather expressed.

However, she’s confident in her children’s resilience and courage.

“These guys grew up with social media. They’re better at filtering [negative] comments than adults are,” she said. “They’re all solid kids and they have each other’s backs. Even if they’re bickering, they protect each other. They always take care of each other.”

Heather is seemingly looking to solidify that bond, as seen in a previous episode of RHOC where Heather was seen looking to purchase or build a house in Cabo, Mexico, so her children would always have a place to bring them all back together.

Heather says that discussing her diverse and progressive family was a key factor in re-joining The Real Housewives of Orange County.

“I feel like our purpose is to keep those conversations going in other families,” she said.

Heather has also previously stated that she would not have done the show if her kids had not been on board with sharing their stories as well.