Home Real Housewives of Orange County News Shannon Beador Accuses Emily and Gina of Having an “Agenda” Against Her, Suggests They’re “in Cahoots,” and Slams Them as “Pot Stirrers,” Plus RHOC Live Viewing Thread

Shannon Beador Accuses Emily and Gina of Having an “Agenda” Against Her, Suggests They’re “in Cahoots,” and Slams Them as “Pot Stirrers,” Plus RHOC Live Viewing Thread 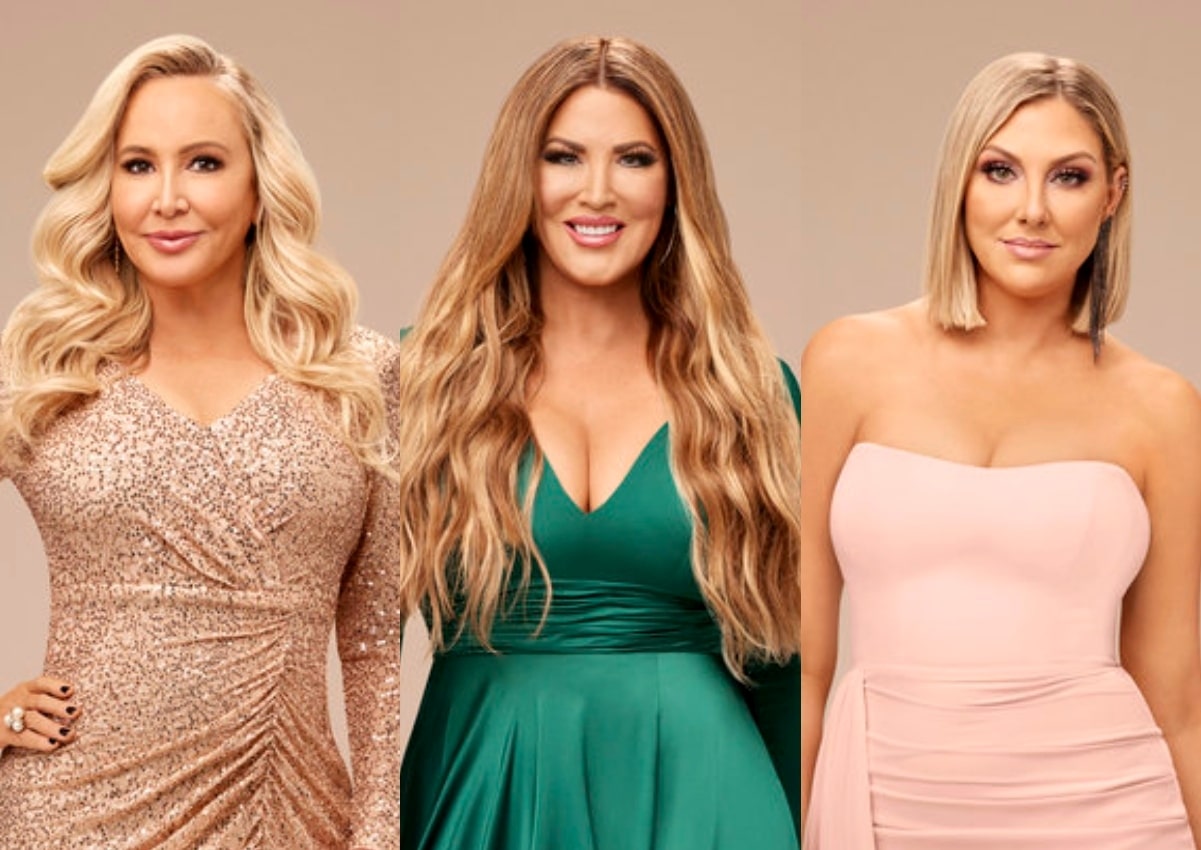 Shannon claims she never wanted to bring up the lawsuit on camera, and it was Gina and Emily who actually spilled the details.

In an interview with Metro.co.uk, Shannon claimed that Gina and Emily have an agenda against her. “For some reason, Emily and Gina, when you get the two of them together… I believe that Emily is a different person when she’s on her own. But then when she and Gina get together, they back each other no matter what,” she said.

Shannon went on to say, “I think they have an agenda where they’re going to… They don’t like the fact that I called them untrustworthy. But if you look at my history with Emily and Gina last season, they hear a story and they run and put it on camera. They put a rumor out about my boyfriend that was absolutely unfounded.”

She also explained, “Back in the day when I started the show, there was this unwritten code that if there was a rumor circulating out there, you made sure that it was true before you’d ever discussed it on camera… They can be big pot stirrers. I think they’re probably in cahoots, they’re probably going to try and discredit me.”

“They think that I told them about Nicole because I wanted them to discuss it on camera and that was not my intent at all,” explained the Bravo star. “I was just speculating with them because nothing made sense to me.”

Shannon owned up to her part, however, saying, “I’ll take some responsibility but it’s not 100% on me, not at all. I told two people, not the world. Gina did, Gina told the world.”

She also admitted it was a “mistake to discuss it with Gina and Emily. But Gina, take responsibility for bringing something up and ruining Heather’s party… Gina’s the one that made it public and brought it up on camera.”