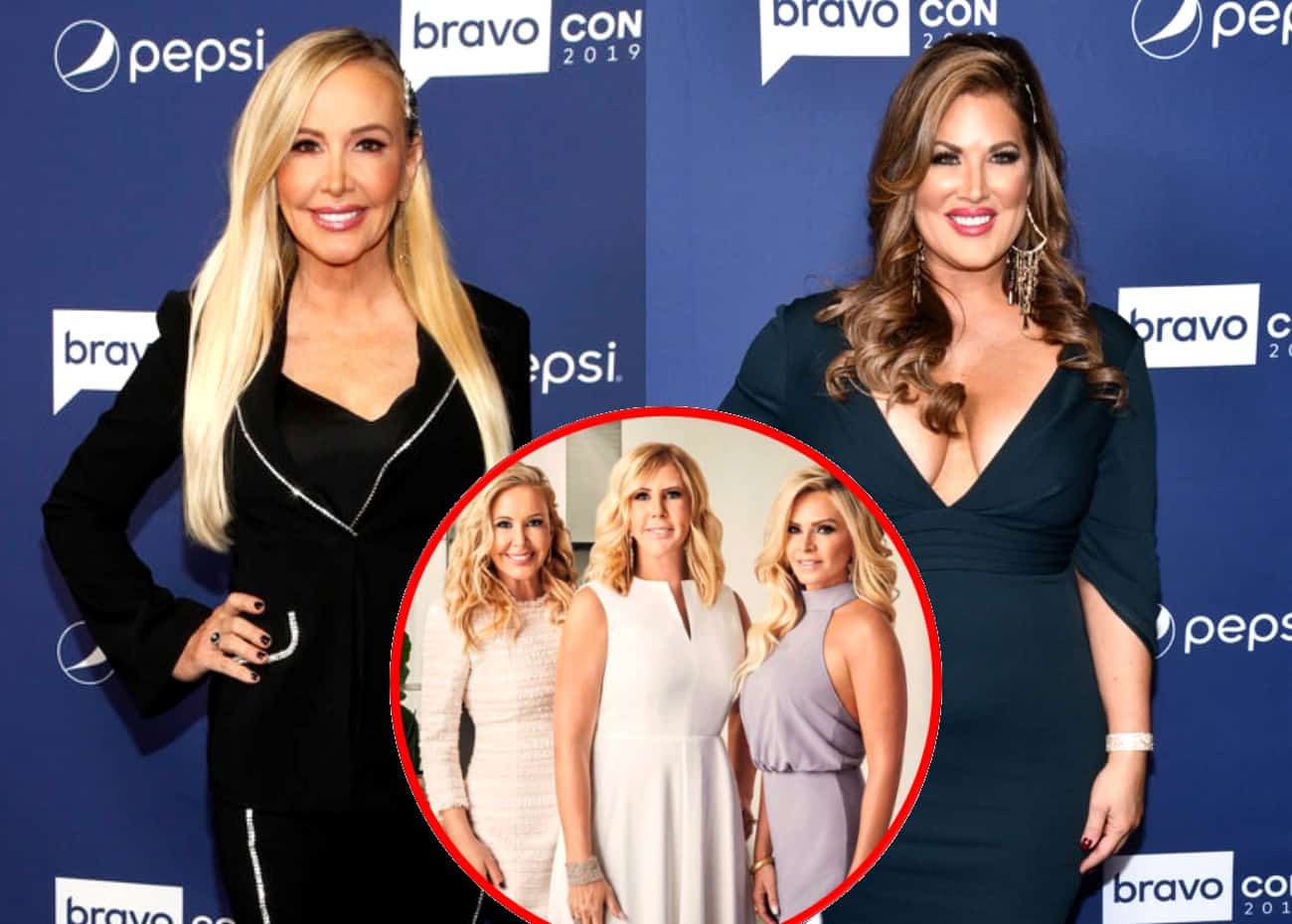 Shannon Beador believes Emily Simpson is bullying her and the rest of the “Tres Amigas,” Vicki Gunvalson and Tamra Judge.

During a new interview, the Real Housewives of Orange County star shared her thoughts on Emily’s recent comments as she explained why she recently took aim at Emily’s legal career on Watch What Happens Live as Emily revealed whether or not she’s still blocked by Tamra on Twitter and Instagram.

Recently Emily poked fun at Vicki for potentially being eligible to receive a senior citizen discount. Later, Emily also threw shade at the recent comments by Tamra about wanting a ‘Tres Amigas’ spinoff show by stating a show like that already exists in the form of the hit TV series The Golden Girls. It appears however that Shannon is not a fan of Emily’s recent shade.

“I choose to take the higher road. I don’t get involved in the social media wars and all that kind of thing. I think it’s silly and I don’t have that kind of time,” she continued.

Although Shannon may be uninterested in social media feuds, she did recently defended herself on Instagram against a RHOC viewer who called her out for suggesting that Emily had graduated from a non accredited law school during a recent episode of WWHL.

“Emily constantly posts negative comments about me on social media and I am tired of it. Enough,” Shannon explained of her decision to fight back.

“For the record,” she added, “I voluntarily left law school to pursue another career path.” 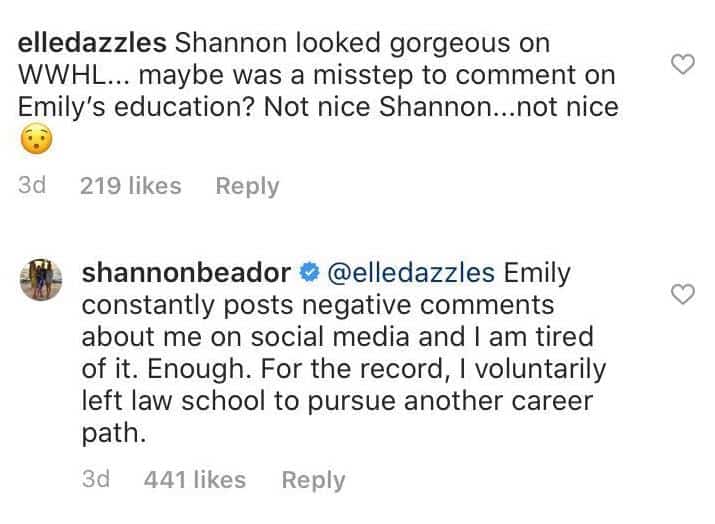 As fans may have seen, Emily fought back against Shannon’s WWHL comments on Twitter by confirming that the law school she graduated was accredited and labeling Shannon a “law school drop out.”

As for whether or not she is still blocked by Tamra on social media, Emily, who Shannon blocked months ago, recently offered an update to a curious fan on Twitter.