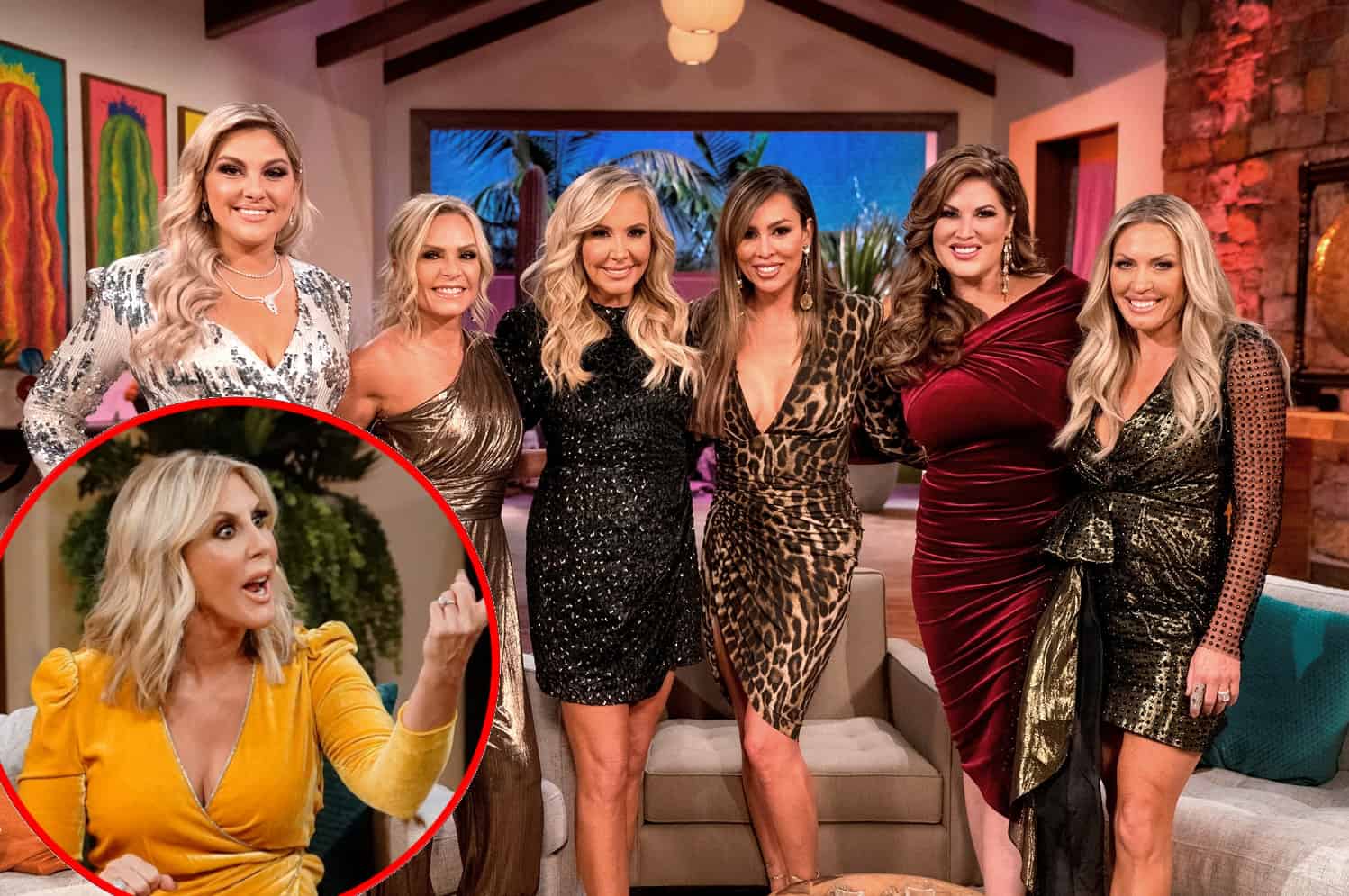 Vicki Gunvalson may have taken on a “friend” role for The Real Housewives of Orange County season 14, but when it comes to the upcoming reunion, she’s very much at the center of the drama amongst the cast.

In the just-released teaser clip for the three-part special, amid a number of meltdowns from Vicki, Kelly Dodd takes aim at Tamra Judge by slamming her as a “sociopath” on set. Meanwhile, Emily Simpson is seen admitting to considering divorce as Gina Kirschenheiter faces questions about her ex-husband Matt Kirschenheiter‘s alleged assault.

Then, after Tamra tells her newest co-star Braunwyn Windham-Burke that she and the cast are “pretty scary,” Vicki is seen demanding that someone, potentially Braunwyn, be fired.

“Get her off my show!” Vicki yells.

“It’s not your show,” Braunwyn notes as Vicki points out that she’s been on the show longer than anyone else.

After arriving to Showbiz Studios on crutches after undergoing hip replacement surgery, Emily is seen talking to the stage and making a shocking admission about her marriage to her controversial husband Shane Simpson.

“I went to him and said, ‘I think maybe we should get divorced,” she shares.

As the scene continues, Vicki is seen complaining about the mean statements Kelly has made about her looks backstage to Tamra before confronting Kelly about whether or not she believes she’s some sort of beauty queen. In response, Kelly informs Vicki that she’s “for sure” better looking than she is.

Following a brief look at Gina’s discussion about her strained friendship with Emily, host Andy Cohen asks the mother of three about Matt’s alleged assault.

“How much can you tell us about what happened the night of June 22?” he questions.

But Gina doesn’t immediately respond. Instead, she begins to tear up as the preview moves on.

At the end of the sneak peek, Vicki is seen outside of the studio yelling at a cameraman in what appears to be a major meltdown.

“Stop the cameras! This is about my job, my career, and my show that I started 15 years ago,” she fumes.