Home Real Housewives of Orange County News RHOC’s Gina Kirschenheiter Implies Emily Simpson is a Fake Friend Who Often Bails on Her, Plus She Reveals What She Said to Kelly Dodd That Caused a Rift Between Them

RHOC’s Gina Kirschenheiter Implies Emily Simpson is a Fake Friend Who Often Bails on Her, Plus She Reveals What She Said to Kelly Dodd That Caused a Rift Between Them 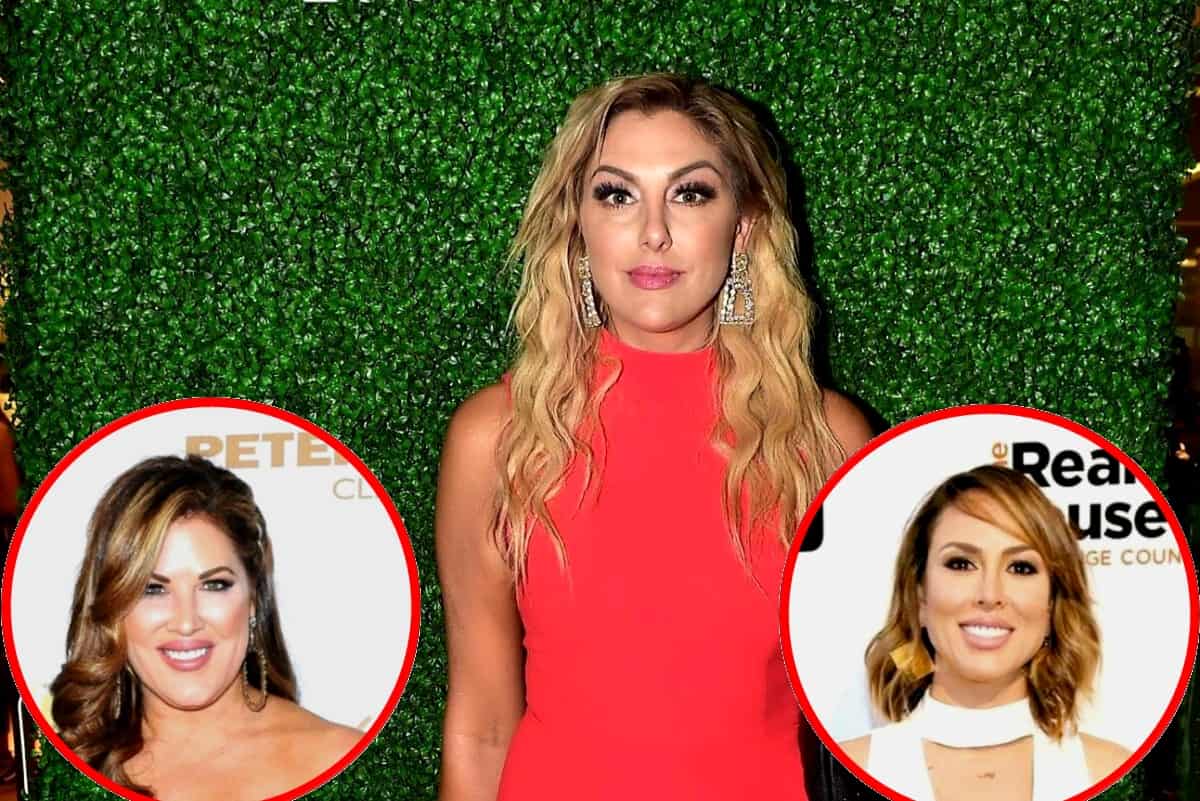 Gina Kirschenheiter doesn’t believe she’s responsible for the current state of her friendship with Emily Simpson.

As the two women remain at odds, the Real Housewives of Orange County cast member opened up about the drama between herself and Emily, revealed her thoughts on Emily’s husband, Shane Simpson, and shared the comment she made to Kelly Dodd that ultimately led to their falling out.

“I’ve had a rough friendship with Emily,” Gina admitted to People TV’s Reality Check. “I just feel like Emily defines friendship differently and I think she’s really good at coming and telling me when I’m ‘being a bad friend’ or letting her down. She cries about it and makes herself a victim. But I’m just more like, ’Are we friends or aren’t we?’”

According to Gina, Emily has made comments about how RHOC viewers love seeing them together as friends which has seemingly made her question the authenticity of their friendship. She also adds that Emily can say they are friends and tell her she loves her as much as she wants but if Emily continues to bail on her when they make plans, she’s going to be left feeling confused about the kind of friendship they have.

“When you say you’re going to take me to that wedding and we’re supposed to go together, why are you bailing the day before? When you cry and tell me I’m a bad friend  and I say, ‘Okay, let’s do regular Wednesdays.’ And then three Wednesdays in a row, you bail on me… How am I a bad friend?” Gina wondered.

In addition to her drama with Emily, Gina has also faced drama with Emily’s husband, who was recently seen suggesting that she purposefully chose to get her nails done instead of attending a court hearing regarding her DUI case.

“I’ve tried really hard to get along with [Shane] and put aside a lot of stuff for her because that’s her husband. I try to respect him but at the end of that day, he’s just not that nice,” Gina said, adding that Shane’s comment about her missed court hearing was “so hurtful.”

As for her falling out with Kelly, Gina said it was her decision to call Kelly out on her bad behavior that led to the demise of their friendship.

“Once I started to tell [Kelly], ‘I think you are culpable for this problem,’ she just really didn’t like it,” Gina recalled. “She was attacking people and saying really mean, harsh things and I had one point early in the season where I’m like, ‘You’ve got to cut it out with the social media stuff,’ and she did not like that.”

“From that point on, she really went on this mission to put me in my place,” Gina added.