Home Real Housewives of Orange County News RHOC’s Kelly Dodd Slams Gina Kirschenheiter as a “Follower” and Explains Why Tamra Judge Plays Both Sides, Plus She Sounds Off on Vicki — See the Scathing Tweets!

RHOC’s Kelly Dodd Slams Gina Kirschenheiter as a “Follower” and Explains Why Tamra Judge Plays Both Sides, Plus She Sounds Off on Vicki — See the Scathing Tweets! 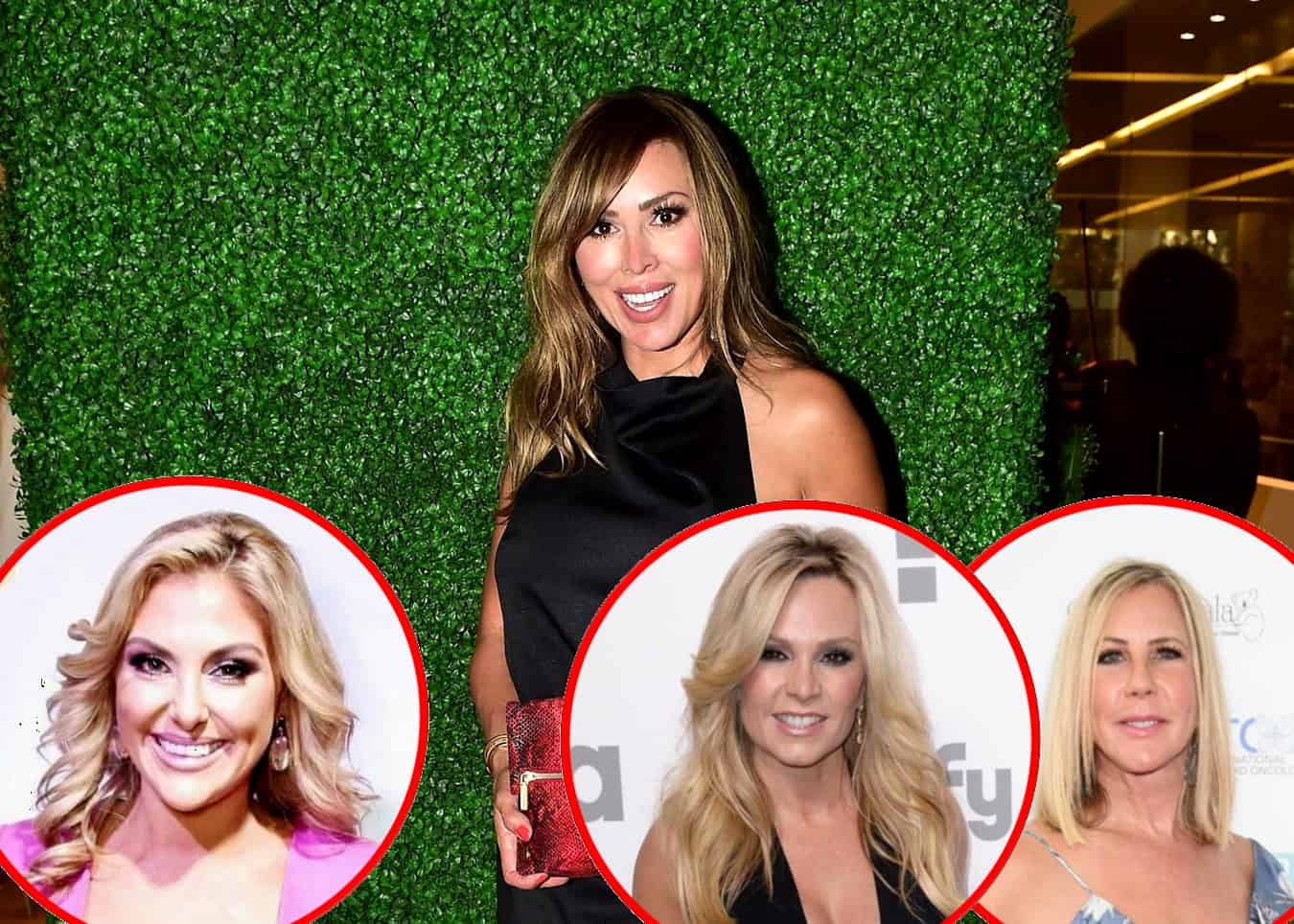 After last night’s revealing new episode, the Real Housewives of Orange County star Kelly Dodd is sounding off on Twitter.

Kelly is no stranger to speaking her truth, and after seeing what her castmates said about her in last night’s RHOC episode, she spilled all her feelings out on Twitter. And first in the hot seat was costar Gina Kirschenheiter.

Gina also appeared on Watch What Happens Live after the new RHOC episode aired, and she was asked about how she felt about Kelly and the fact that she hit her on the head during a heated argument in their hotel suite in Miraval. Apparently, Kelly didn’t like her response.

“Gina knew I was kidding when I hit her on the head .. such a follower” Kelly tweeted on Tuesday night.

Kelly then went on to reply to a fan who felt Gina threw her friend Emily Simpson “under the bus” by saying she was “insecure about their friendship.”

“Poor thing is [listening] to the tres amigas .. so sad .. such a follower .” Kelly wrote.

Poor thing is listing to the tres amigas .. so sad .. such a follower .

As fans have learned in the last few episodes of the show, Gina has befriended Vicki Gunvalson, Tamra Judge, and Shannon Beador, also known as the “Tres Amigas.” And in Kelly’s mind, in doing this, Gina has adopted their same thoughts and turned against her.

But Gina wasn’t the only one on Kelly’s radar late last night. As viewers saw in the latest episode, Tamra went back and forth between rivals Kelly and Vicki, seemingly riling them up independently. In Kelly’s mind, this was a case of playing both sides of the fence.

“In case you’re new here. Tamra plays both sides and keeps both parties at odds while stirring the pot (on and off camera) in order to keep the heat off herself #RHOC” the 44-year old tweeted on Tuesday.

But out of all the dramatic moments in last night’s RHOC episode, the apology cry-fest between Kelly and Vicki was the most shocking. However, after reading Kelly’s subsequent tweets, it’s clear that their reconciliation didn’t last long.

“Of course I’m not proud of how I spoke but Vicki knows my biggest trigger point is continuing to talk about Jolie.wjicj is why she drops bombs like that ON CAMERA #RHOC” Kelly tweeted Tuesday evening.

Of course I’m not proud of how I spoke but Vicki knows my biggest trigger point is continuing to talk about Jolie.wjicj is why she drops bombs like that ON CAMERA #RHOC

The O.C. housewife is, of course, referring to Vicki repeating a rumor she heard about Kelly not being allowed to step foot onto Jolie’s school campus. Kelly grew incredibly angry after hearing this on the show and went on to call her ex-husband Michael Dodd, who claimed this simply wasn’t true.

As fans already know, the whole reason Kelly called Vicki a “pig” and trash-talked her to the other housewives is because of all the rumors she continued to spread about her–namely the ones that label her as a cocaine user and as someone who participates in “trains.” Kelly has continued to slam Vicki as a con-woman herself over the past months, and she doesn’t think the O.G. of the O.C. is qualified to make such claims.

“I think Vicki is the last person on this show who should be condemning someone for their reputation…..♋️just saying…” she wrote.

I think Vicki is the last person on this show who should be condemning someone for their reputation….. ♋️ just saying… #RHOC

Kelly clearly doesn’t think it’s Vicki’s place to speak on anyone’s reputation, especially after the infamous cancer scam that went down with her ex-boyfriend Brooks Ayers a few seasons back.

Watch new episodes of Real Housewives of Orange County every Tuesday at 9 P.M. on Bravo TV.