The RHOC Recap: Vicki and Kelly Cry and Make Up, Plus Braunwyn Reveals Threesomes 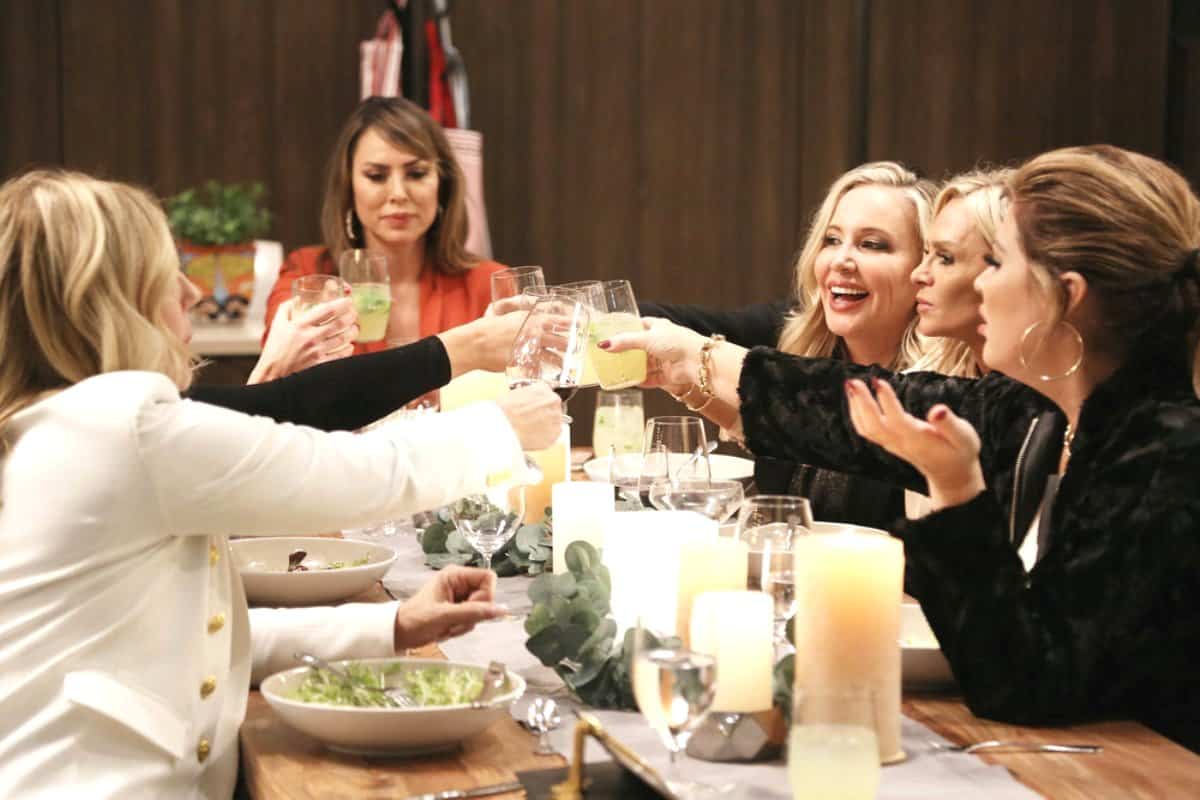 On this episode of the Real Housewives of Orange County, a jaw-dropping reconciliation occurs, leading to a night full of fun and surprises…

“None of us want to be hurt.” Classic Vicki. How ’bout, Shannon, shut up about wanting this trip to be about healing? The only healing that should be happening now is your kinda-sorta concussion that clearly will never happen due to the excessive partying you partook in the night before, Shannon. Sheesh. Everything comes to a head when Kelly shrieks at Vicki that she ruined her reputation. With that, Kelly storms away, and that leaves Vicki blabbering to the others.

You know how Vicki plays the “you hurt me so I hurt you” game? Yeah…she had an audience and she knows how to draw in the other ladies. Vicki blurts out that, “She [Kelly] can’t even go to her daughter’s school. She’s got a bad reputation.” Leave it to loose-lips Vicki. Apparently, the school said Kelly couldn’t step foot on the property, but obviously Vicki doesn’t know this for certain. That totally doesn’t stop her from saying it though…

Emily is still “emotionally drained” due to the recent fight with Gina, but she is loving her new role as the secret spiller for Kelly. She can hardly wait to be the messenger and tell Kelly about Vicki’s newest rumor that she is blabbing about. Naturally, Kelly unleashes some serious anger and promptly phones her ex-husband, Michael, to prove that it’s not true. Michael confirms there is no issue (after she paid him to say so, presumably), but in the meantime, in the other villa, Vicki won’t stop.

Vicki tells Shannon and Tamra how she heard the Kelly rumor and that it was from a year ago. No biggie. I love how Kelly just calls the other women in the other house and yells at them. Shannon has the call on speaker and Vicki smirks as she listens in, but her face barely moves from all of the work. When Vicki finally does decide to talk into the phone, Kelly cuts her with her words: “You f*cking pig b*tch, liar.” Welp. There ya have it.

Vicki is shaken up by this and turns to her amigas for support. “Sorry, Tam, you gotta pick sides.” I am so proud of Tamra for saying she isn’t picking sides. Let Vicki dig herself out of this one. Vicki is flabbergasted by Emily relaying the rumor back to Kelly and is annoyed that she would have the audacity to do so. “She doesn’t need to go back to Kelly and say something. I wouldn’t go and repeat something.” Holy hell. Vicki is an exhausting hypocrite.

Speaking of hypocrites, I can’t get over how Shannon has the nerve to say “get over” the fights and put the leggings on. Wasn’t it just the night before she was in the emergency room because of a little issue? All of the women (minus Kelly–cuz she stayed back to skinny dip, obvi) throw on the pants with their faces on them (so weird) and head out to a beehive class. Tamra is obnoxious and tries to set Shannon up with the beekeeper, but have you heard the way that guy laughs? Couldn’t last a whole date with that one. He shows the ladies the honeycomb and tells them all about the “busy bees.”

(OMG why is Kelly FaceTiming Jolie while she’s swimming in the nude? She has zero filter and tells her kid all about her new fight with Vicki, and Jolie just yeses her to death. It is SO uncomfortable to watch.) Dear Kelly, you gotta STOP involving poor Jolie in adult issues!!! Pronto!

Gina and Emily hang back after beekeeping class and thus begins the apology. Emily still doesn’t like that Gina is becoming tight with Shannon and Tamra. Plus, she is upset about how Gina put down her Vegas dance. Emily states that she felt “abandoned” by Gina and Gina promises to never leave her. Both of the women try to outdo each other with what they are going through. Gina explains that she wants to fix her relationship with Emily, but she can remain friends with the enemy (ie: Shannon and Tamra).

Before the dinner that they HAVE TO MAKE THEMSELVES (isn’t this supposed to be relaxing?), Kelly phones her creepy boyfriend, Brian. He gives her a pep talk and tells her to ignore Vicki. Easier said than done… Kelly is peeved that Shannon and Tamra brought her arch-nemesis, Vicki, on the trip, and Emily and Braunwyn listen intently and smile and nod.

The tres amigas are on a roll. They are drinking tequila and wearing the same pants, but they welcome their “baby” Gina into the group with open arms. The “others” enter the villa, and the mood immediately changes as Vicki and Kelly eye each other like two fighters in a ring. Emily and Tamra are now acting like besties and they all toast to FUN… They head to the restaurant and prep to cook. The majority of them complain about actually cooking… until they see the tequila and vodka. Then, they get smiley. Ugh. Watching Emily force a friendship with Tamra is cringeworthy, as is Kelly and her sexual innuendos. She sure is a one-trick pony, huh?

After mixing up a strong drink, the ladies learn knife skills. I don’t think this is a great idea. Booze and knives with this group of crazies sound terrible. Whilst cooking, Tamra finds a chance to make it clear to Kelly that she stuck up for her. Kelly isn’t buying Tamra playing both sides: friends with Vicki one minute, then up Kelly’s butt the next. I think Tamra is afraid of both of the women, to be honest…

The ladies sit down and get a chance to enjoy the SALAD that they made together–some cooking class… Nothing screams dinner party quite like Braunwyn proving that she is still lactating. Look at her go! To change the subject, the ladies ask to hear about Emily’s Vegas dance/trip. Kelly explains they went to a destruction class on the trip and that she drew Vicki’s face on the car she destroyed. From there, pigs starting flying, hell freezes over, and Vicki and Kelly begin a jaw-dropping turn-around. To be honest, I like them so much better when they don’t get along.

Kelly becomes emotional talking about what Vicki has done to her and says that she doesn’t actually think she’s a pig…she just said that to hurt her feelings intentionally. Vicki “surrenders” and gets up to hug her. They cry and wave white flags. I guess it was all the tequila, but I think we have some apologies here. Kelly reminds Vicki that she has “ruined Jolie” with all of the hurtful rumors, but they just continue to hug and cry and repeat “I’m sorry.” The other ladies sit back proudly (as if they had something to do with this reunion), and they toast to the “miracles in Miraval.” What a weekend.

Post dinner, the housewives do the only thing they know how to do on a girls’ trip…they get naked. Why? I’m unsure, but it somehow always happens. Vicki reminds Tamra that she is a grandmother and a mother, and for once I agree with Vicki. Somehow, Emily, Tamra, Braunwyn, and Gina all wind up in a hot tub together. Two out of the four ladies are topless, and while sitting in the hot tub, Braunwyn slips in something about threesomes.