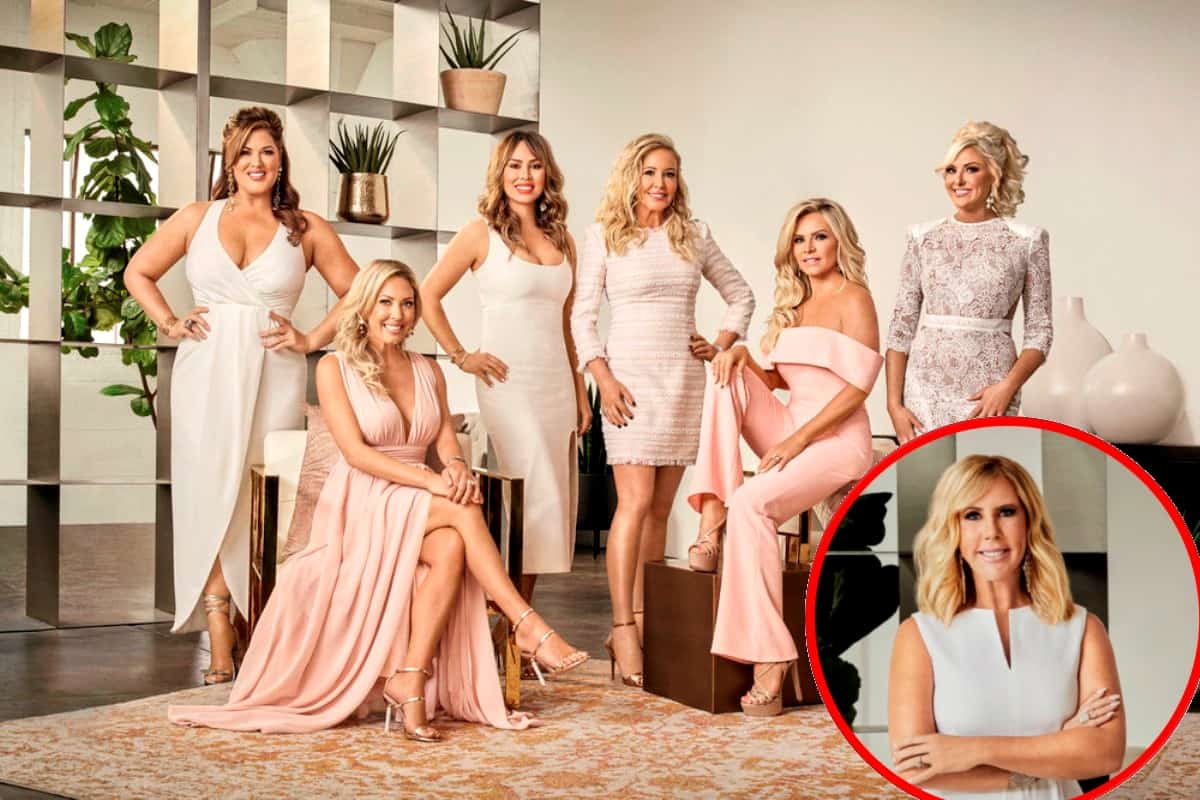 The midseason trailer for season 14 of the Real Housewives of Orange County has just been released, and many of the cast’s friendships will be tested, namely that of Shannon Beador and Tamra Judge.

While the trailer starts out with the Orange County housewives “whooping it up,” drinks in hand, it doesn’t take long before we get a glimpse of some of the housewives’ relationship drama.

For one, Kelly Dodd‘s relationship with plastic surgeon Brian Reagan appears to be on the rocks as he tells the reality star that perhaps they’re better off as friends. “We’ve had a couple hiccups,” Brian says to Kelly who doesn’t look too happy. “And it might have been easier for us to just be friends.”

Meanwhile, Kelly’s arch-nemesis, Vicki Gunvalson who was demoted to “friend” this season, shows off her rock of an engagement ring she got from longtime boyfriend Steve Lodge.

Vicki also reveals to some of the housewives during a shopping trip that Gina Kirschenheiter may be rekindling things with her estranged husband who she admitted had an affair in previous episodes.

“Gina had sex with her husband last night,” Vicki says in a matter-of-fact tone. And Gina, who is there with them, admits to it.

Additionally, in a handful of scenes that cut back and forth, it’s alluded that besties Tamra and Shannon are at odds with each other. In one scene, Tamra suspects Shannon of backstabbing her.

“She called me an evil b**ch,” said Tamra seemingly referring to Kelly, while adding: “I can’t help but feel like Shannon is behind this.”

Meanwhile, Shannon says to some of the housewives over dinner that Tamra is a “s**t stirrer.”

“She’s behind every bit of drama,” the mother-of-three adds.

But this drama-filled preview isn’t just about the housewives’ love lives. About a minute into the trailer, we see the cast turning on newbie Braunwyn Windham-Burke as they accuse her of drinking too much. And we finally see a different side to the mother-of-nine as she has an angry outburst in a car ride alongside her husband.

“I will destroy her life,” Braunwyn says, seemingly referring to Tamra, who tells her to control her anger in a following clip. “Don’t f**k with my family!”

Things then turn serious when cameras cut to a visibly sad Emily Simpson who’s sitting in therapy with her husband Shane Simpson, trying to reconnect with him as she admits she feels “disrespected” and “hurt” by Shane.

Finally, Kelly becomes the focal point of the remaining clips, as multiple scenes show cast members like Shannon and Vicki yelling at her. As fans already know, Kelly has been at odds with Vicki since she accused her of doing cocaine and taking part in a “train,” both of which Kelly has denied being a part of.

“That girl is cruel, she’s mean, and she’s crazy,” Shannon says of Kelly in one of the final clips.